Herbie of the Week: Jenn E. 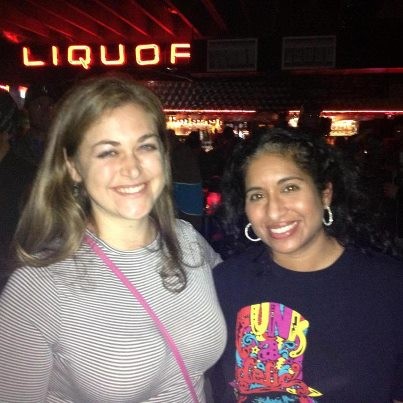 I met Jenn at a Happy Herbivore meetup in San Diego. Upon meeting this pretty gal, she shared some exciting news with me — she'd lost almost 50 pounds since adopting a plant-based diet and had radically improved her life in other exciting ways (more on that soon!) I just knew I had to parade her around on the Herbie of the Week series! 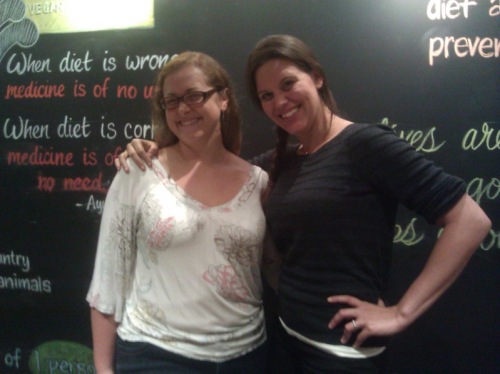 HH: Tell us a little bit about yourself and your health history:

I'm a 31-year-old biologist and southern California native living in San Diego. Despite always being a very active person, I have always struggled with my weight. I never went for fad diets because I knew that they weren’t based in any real research. The only thing that worked temporarily for me was calorie restriction and extreme exercise; there were a few times where I could get down to about 200 pounds by watching every single morsel I ate, but it never lasted. How could it?  After a year of intense field work, which entailed long hours and left no room for cooking or exercise, I was heavier than I had ever been — 230 pounds. I was always tired and napped constantly, no matter how much I slept the night before. There were also struggles with lower back pain, which had been a constant in my adult life.

HH: How did you find your way to a plant-based diet?

My journey into the world of plant-based diets started when my chiropractor lectured me on the ill effects of dairy on the body. I told him straight to his face I thought he was full of it. The next week, I was telling my family about this guy’s seemingly ludicrous claims. “Oh, yeah, he’s absolutely right,” my mom said. “Haven’t you seen Forks Over Knives?”

When I gave up dairy for the Lenten season, honestly, it was to prove my chiropractor wrong. After watching the film and being able to look at thorough, peer-reviewed research conducted by respected scientists, I embarked on my own experiment eating a whole foods, plant-based diet. That first week I lost 4 pounds. I continued the experiment — another 4 pounds the following week. After that, I stopped calling it an experiment and started calling it a lifestyle change.

My appetite for information became tremendous: I couldn’t get enough books, films, blogs, or lectures off of the internet. I still can’t get enough info, really. Being informed reinforces confidence in my choices, and prepares me for all the inevitable questions and debates that surface. And I welcome such discussions. I’ve been able to convince two friends to go plant-based after they’ve seen my results, and some family members to ‘dabble’ a little bit.

HH: Tell us about the benefits you've experienced!

Health-wise, my back pain is gone, I am never tired anymore, and I’ve lost 47 pounds in eight months! There were also a myriad of other little health-related benefits: acne issues disappeared, I smell better, and I don’t have dandruff anymore. 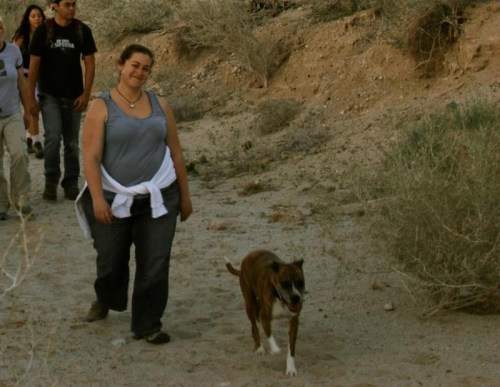 HH: When we met, you mentioned the overall quality of your life improved — including in ways that have nothing to do (directly) with your new diet. Can you elaborate?

Career improvement, fitness goals reached and exceeded [Note: Jenn is a rock star — she now rides her bike to work every day!!), broken friendships mended, destructive relationships ended, and I'm just an overall happier person to boot!  I just feel so much more present in my own life, which allows me to be more present in the lives of those I love. We're talking total paradigm shift here.

As my body began to heal, other parts of my life started to heal, also.

One of the most liberating things about a whole foods, plant-based diet stems from the fact that, as a heavy person, one receives so many mixed messages from the media, doctors, and one’s peers. One part of the message tells you that if you just stopped being a lazy slob, you could be a healthy trim person. One part tells you to love your body to matter what, and still another tells you to starve/torture your body in order to look a certain way — regardless of the health consequences. So, when you try as hard as you can and are still unsuccessful at this whole weight loss thing, its difficult not to internalize those negative feelings.

With a plant-based diet, though, there is consistency: eat as much as you want, love your body and be good to it, and it will get healthy for you! It is such a relief, on an emotional level, to know that it wasn’t my fault that I wasn’t succeeding previously; I just didn’t have the right tools or info!

While I still have a good bit of weight to lose, I am confident now that it will eventually come off. For the first time in my life, my body and I are on the same page, working toward common goals. And as my body gets healthier, my overall life becomes healthier, too. That is something I never expected of plants. It’s pretty cool!

I started doing cooking demos on YouTube. It’s kind of cool because you can see me getting smaller and smaller in each one! Here’s a link to one I did for oil-free pesto. 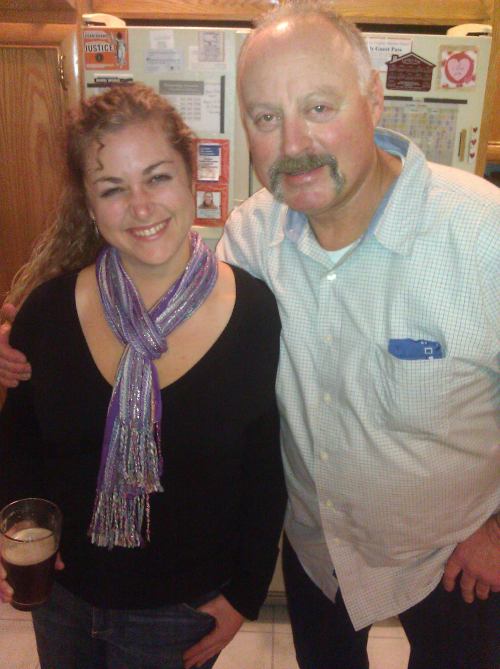 "As far as updates go, life continues to be happy, positive, and productive with plants. I made it through the holidays without any weight gain, and am happy to be free of resolutions in this New Year. 2013 is going to be the Year of Awesome!Best wishes for a happy New Year!"