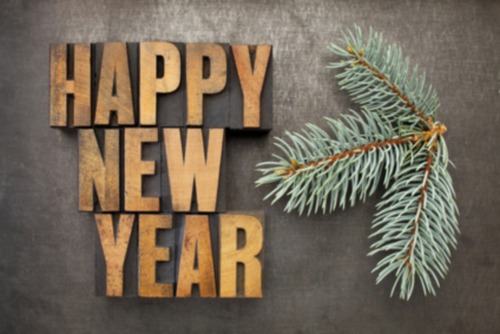 With the new year comes a sense of rebirth — starting over. It's a new year — everything that happened the year before is forgiven, forgotten, gleefully lost. It's a new year and its arrival spawns hope and optimism in many of us.

We aspire to be better.

We are inspired to be better.

We set goals and "New Year's Resolutions" so we can become our best selves.

This year and this Minimalist Monday, I want to help you reach your goals by teaching you my simple strategy. It's not something I developed but something I adopted, and it has made all the difference in the world for my life and my minimalist journey.

Sure, being a minimalist was initially about having less debt and finding more personal happiness, but over time, I have realized being a minimalist is about becoming my best self. Letting the brightest parts of me shine without obstruction and feeling like I am my best, working optimally and growing personally and profoundly in all aspects of my life.

Now, a confession: Patience is not a virtue I have. I'm the classic "live for instant gratification" type of personality; I'm simply not the type of person who can labor away at something on the sheer promise of a big payoff later down the road... (and that's okay).

So how can someone like me — someone lacking patience with an impossibly short attention span — accomplish goals that take more than an instant to gratify? How can I reach goals even with a tightly jammed schedule that has no give?

By breaking my goals down and making my "now now NOW" personality work to my advantage.

Surrender large and lofty aspirations and exchange them for small, seemingly harmless goals and challenges.

Each week I adopt a new goal and when I complete it,  I congratulate myself and move on. And in the chance that I fail (and I have failed), I try again the following week.

Smaller changes are easier than big ones, but they are no less valuable.

Sure making a goal to drink 2 more glasses of water a day doesn't have the glitter and pizzazz of a goal like "I'm going to go to the gym 6 days a week and give up diet soda, cookies, and ice cream!" But which of the two goals is more likely to be successful?

Plus, when you succeed, you're empowered to do more, versus a failure that might cause you to retreat.

Small changes added together still yield the same result, but with a better success rate.

Humans are creatures of habit. We thrive on structure and order, which is why so many of us struggle to make and stick with huge, over-arching changes... but small changes are less burdensome and if done right, are all but a hiccup in the status quo.

For example, planning to exercise an hour a day is a nice goal, but a tough one if you've previously been inactive. Start with a smaller goal instead — exercising 5 or 10 minutes each day, and adding on each week you're successful. With small goals, you're effectively creating new habits and without straining past structure and order. Plus, you'll get out of bed if you say "just 5 minutes" of dancing in the living room, but are likely roll over and hit the snooze if the option is driving to the gym to work out for 60 minutes.

Take little bites and think of it this way: If you set one small goal each week, you will have accomplished 52 total goals by this time next year.

I don't care how small each goal is. 52 minor changes equals one heck of a big change in my book — and most importantly, they were 52 changes you stuck with! How many changes did you stick with in 2012?

Mine is to stop biting my thumbs. I know I won't be able to quit biting my nails totally straight out the gate, so I'm taking it a finger at a time!