Herbie of The Week: Ruth 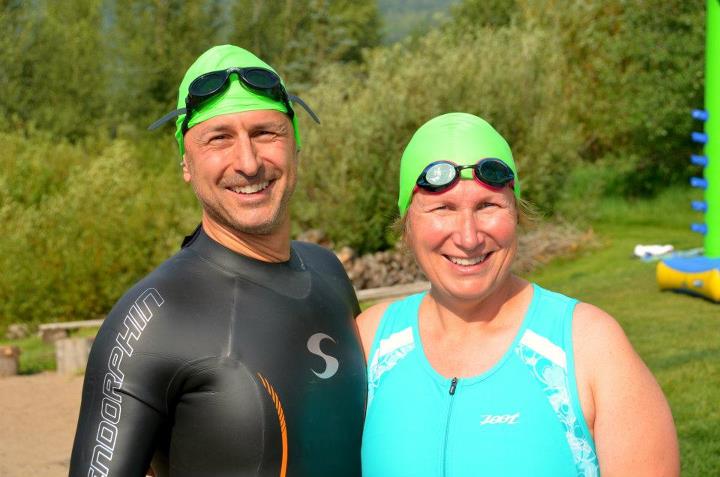 I know Ruth through a mutual friend and former Herbie of the Week, Pam. Pam sent me this article about Ruth and her husband, Francis, that appeared in the local paper. (Pam and Ruth live in Steamboat Springs, Colorado, where I lived all last winter to snowboard while writing Happy Herbivore Abroad.

At the beginning of the summer, Ruth and Francis set a goal for themselves that intimidates even me: They decided they would complete their first triathalon — together — and they did. 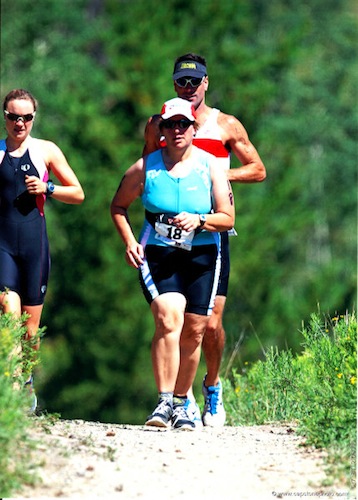 "There is no doubt in my mind that our plant-based diet has played a big part in our training and performance,"Ruth wrote to me in an email. "The only problem is that my husband, Francis (who I converted to a plant-based diet as well), has to be fed often. Good thing I have those Happy Herbivore books for ideas!"

I quickly asked Ruth if she and her husband would be interested in being Herbies of the Week, and lucky for us — they said yes!

HH: Tell us a little bit about yourself before the triathlon and before you were plant-based.

I have always struggled with my weight, especially since my kids were born; I was just steadily gaining each year. I think that my addiction was dieting. I would buy every book or magazine out there with a new way to lose weight. This whole process was very frustrating for my husband, Francis, who could see that I was unhappy and felt quite helpless. My top weight was 225. I started going to a weight loss clinic and lost 50 lbs. through a liquid diet and pills. I started to gain the weight back, and it was then that I decided to just give up dieting. I tried to eat right and I crept back up to 205.

HH: What changed? How did you find your way to a plant-based diet?

I came across the "Skinny Bitch" book. This lifestyle started to make sense to me. I remember sitting down with my husband and telling him I wanted to eat a plant-based diet.

HH: What did your husband say?

When I told my husband I wanted to eat a plant-based diet, he agreed. Since he traveled a lot for work, he figured that when he was on the road, he would just eat what he wanted. 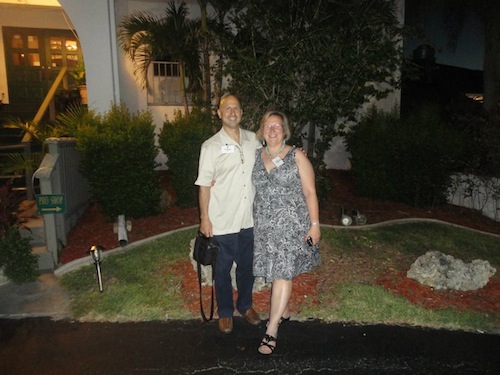 HH: You mentioned earlier that Francis is also plant-based. How'd that happen?

Well unexpected things happened. By eating more plant-based at home, he found out that animal-based foods just didn't agree with him, and as he puts it, "it just didn't thrill me." I kept cooking and experimenting with food at home. I found it to be a great adventure and enjoy creating in the kitchen.

HH: What do the kids think of their plant-eating parents?

My son recently graduated as a Culinary Nutritionist from Johnson & Wales University this past May, so we often share ideas. My daughter is a dance major at UNLV and she went vegan this summer.

HH: Now I have to ask: How'd you come up with the triathlon goal? Go big or go home?

Francis and I were taking spin classes regularly at our local gym when our instructor suggested we join the Triathlon club in the spring. At first I thought, well Francis, not me, since he was always in better shape than I. But then last October, I spent 2 weeks at Fitness Ridge in Utah, and I found out that I could do more physically than I thought possible. So in May of this year, I signed up for the club as well. It was a big challenge for me and there were many times I felt like quitting. But I figured that even if I was slow, I was still lapping the guy on the couch!

It was fun to train together as a group, and having Francis to encourage me was an extra bonus. We also participated in our local Open Water Swim Series. I WON, yes I said won the 1/2 mile series for the women. Now the way to win was to show up for all 5 races and have the fastest combined time. So let's just say I had excellent attendance!

HH: In your email, you said you thought diet played a big role in your ability to reach your goal. Can you expand on that?

I think being plant-based has helped us train and recover. The only problem was that Francis, who has lost that 10 lbs. of fat storage that he had, has to be fed on a constant basis. I myself have noticed improvement in seasonal allergies, leg cramps at night, and migraine headaches are no longer an issue. The best benefit is great digestion, more energy, and clarity in thinking.

HH: Tell us about your personal mantra:

I have given myself a mantra this past year. The only way to achieve my goal of a healthy weight is CONSISTENCY, INTENSITY, and BELIEF. And I believe that I need to do that with both my diet and my exercise, as well as all the other things in my life.

HH: Finally, how do you know Pam, another Herbie of the Week (I think I have the market on HOWs in Steamboat! lol!)?

Pam and I were both involved with Girl Scouts here in Steamboat. I ran into Pam in the grocery store and noticed that she had lost weight, then I found out she was eating plant-based. I had just started eating that way, so she was and continues to be an inspiration for me.

I have truly turned the corner with my lifestyle and do not think I will ever go back to eating the way I did. I have lost 30 lbs. and I continue to eye my goal weight. This is the first time in my life when I am sure that I will achieve it.

You can read Ruth's write-up in the newspaper here.

UPDATE:A year later Ruth checked in with an update. Read her progress here.