Herbie of the Week: Bob 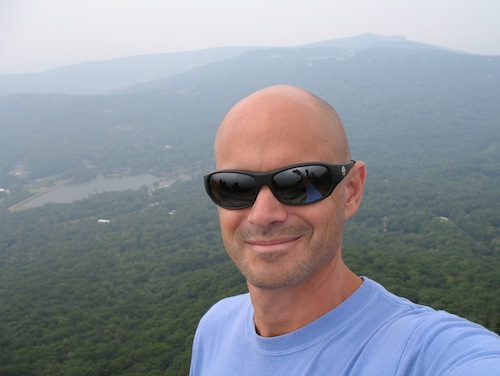 When Bob sent me this message on Facebook, I knew he had to be a Herbie of the Week!

"Lindsay, I've always been a marathon runner, but had continued problems with my LDL. I just got my numbers back from the doctor and get this, since I went from vegetarian (8 years) to vegan (8 months) my LDL went from...ready...160 to 78! My total cholesterol went from 208 to 130!!!! Plant based diet is just plain easy now and I will never again resort to foods with animal protein. I'm so happy!"

HH: After being a vegetarian for so long, what made you switch to a plant-based (vegan) diet?

I was a veggie for 8 years and tried vegan for about 3 months, but it was shortlived because I wasn't prepared with viable replacement options. Clif bars came to my rescue, but that got old after a while. The biggest hurdle for me was cheese (Gorgonzola) and eating out. Eating out wasn't easy because most restaurant's veg dishes included cheeses.

We have a cool, local theater that shows a lot of independent movies andForks Over Knives was on the calendar. That documentary sealed the deal for me and I stopped all animal protein that night. I also signed up for the Engine 2 Diet program at Whole Foods Market.

HH: As a cheese lover, was it difficult for you to make the change to a vegan diet?

Not the second time around. After watching Forks Over Knives, I knew that being vegan was the right thing to do on all levels. 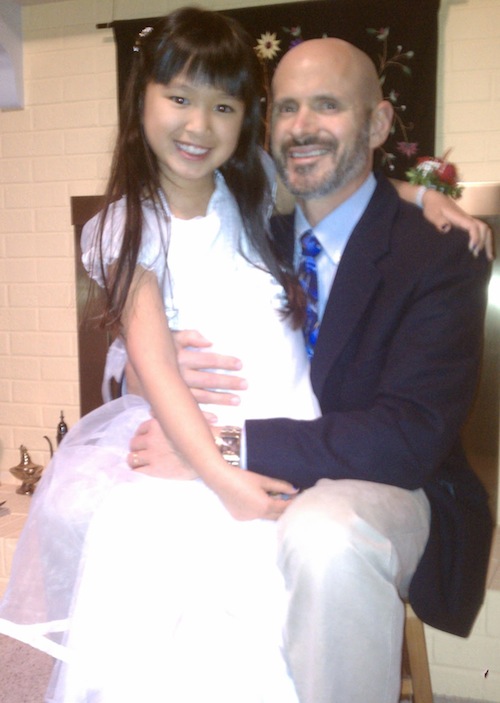 HH: Have you experienced any benefits or positive changes since making the switch?

Even though I am a long distance runner, as a lacto-ovo vegetarian, my Cholesterol ratio was awful, over 200 with my LDL at 160 and my HDL at 36. I tried numerous natural rememdy approaches (red yeast, niacin, etc.) shopping in the whole body section of Whole Foods. I was genuinely worried because the ratio put me at a level 5, high risk for heart disease. It just wasn't fair. My doctor prescribed Niaspan, but my Cholestorol continued to climb.

After 8 months of eating a whole food plant based diet, I went for my annual check up where they took my blood. A week later, I went in for my physical. I was so anxious to see if anything had changed, that was the first thing out of my mouth. He sat next to me and said look at this. My total in 2010 was 208 and it had dropped to 130! The reason was my LDL's had plummented from 160 to 78!

HH: What did your doctor say about your results and new diet?

When I first told him what I was going to do last year, he shrugged his shoulders and was indifferent about the idea. I was somewhat disheartend because I thought he would say something like that's a great idea or that it will make a big difference, but nothing at all. After showing me my the numbers, he left the room and I heard him exclaim to the nurses in the hallway, "Want to see what a vegan diet will do for you?!?" He looked really impressed and I've never seen him get excited about anything.

HH: Any advice for others who may be thinking about making the switch?

Yes, if you are talking about making the switch from veggie to vegan, I learned that by only not eating meat, I was not gaining any ground either on my getting my cholesterol under control or reducing my CO2 footprint.

My friends can't believe it and neither can I because eating their veggies any other way is next to impossible. Also, I've been passing around our Forks Over Knives DVD. That was the most persuasive 90 minutes for me.

UPDATE:A year later Bob checked in with an update. Read his progress here.