How to Keep Yourself from Becoming a "Vegan Snob" 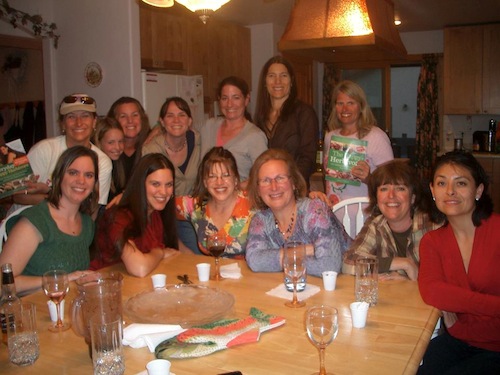 The other day I received an email from Jenny* who wrote:

"I'm curious how do you keep yourself from becoming a 'vegan-snob'? I find myself getting more and more grossed out by people consuming animal products. I cringe in my mind, but don't say anything. Have you ever felt that way?"

Yes. A thousand times yes. I'm not ashamed to admit it. It was especially bad when I was new to eating a plant-based (vegan) diet. In fact, I didn't bite my lip. Or cringe in my mind. I was what you might call an outspoken vegangelical. If I'm going to be honest, I should admit I could be crude and hostile.

For example, I once said to a friend "you know you're eating chicken period right?" when she was eating an omelette. Another time I shouted at some random man eating a burger, "you eat death" or another time, "That crap causes cancer!" Among other comments.

I feel bad about it. I do. I think that's why I try so hard to preach a message of compassion now. Not just compassion for animals, but compassion for people, too. My past reminds me why my stance is that we should lead by example.

I also remind myself that I was once one of those people. Most of us were. Some of us still are but are trying to make a change. It's important to keep sight of that.

It's important to remember that most of us were confused about what was healthy. Most of us had no idea that, despite marketing saying otherwise, yogurt, dairy, oil, and poultry are not healthy choices. Most of us thought vegan or plant-based sounded extreme, until we were motivated, tried it and realized it wasn't.

I thought I was "a healthy eater" because I ate cherrios with 1% milk and only a tsp of white sugar. I thought boiled chicken and fish were vital to my diet and without them, where would I get my protein? I thought potatoes and fruit would make me fat. I practically bathed in olive oil because I thought it was good for me. I even once patted myself on the back for getting the Old Fashioned doughnut over the iced and glazed one. (Seriously, I did this).

So be kind. Stay compassionate. Educate and lead by example. Realize that you could be the person that changes their life.

I'm not saying it's always easy. Most of the time it's hard. Twice today I had people tell me that potatoes make you fat. It took everything I had not to scream. I've tried to learn how to pick my battles. To evaluate when my message will be heard vs. wasted. .

To summarize: Anytime my feathers get ruffled I remind myself that I've had far more converts leading by example than I ever did being a bull dog, which I talk about in my post, "Why I'm Not a Skinny Bitch (Build Them Up, Don't Tear Them Down)." It's wonderful that you care -- but don't let your caring also make you angry.