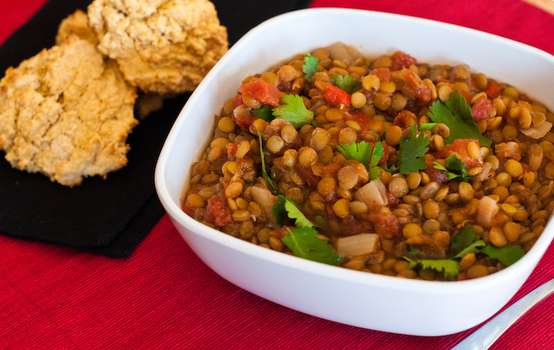 Last week I got into an interesting discussion with a friend of mine about lentils. "Why are there red lentils and green lentils, and then yellow and green "split peas" though they look like lentils" she asked. Then my brain gears started going too: "And are they a legume or a grain or what?

I jumped on wikipedia, did a little reading and now have an even bigger appreciation for lentils (and they're awesomeness!). Technically, lentils are considered a grain legume known as a pulse, which means they are harvested for their seeds.

Lentils are are small little lens shaped seeds, and come in many different colors. From red to brown to green to black. As a seed, lentils do have a husk, and sometimes this is removed - but not always. Depending on whether or not the husk is removed, they can take anywhere from about 10 - 40 minutes to cook. The packaging (or the bin, if bought in bulk) should say the cook time. 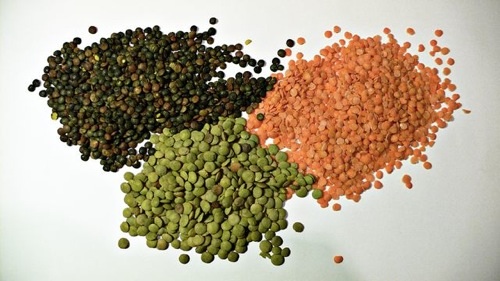 If appearances (or texture!) matters, keep this in mind: Lentils without a husk will be more of a mush, like thick applesauce but lentils that haven't had their husk removed keep their shape. BUT sometimes you're at the mercy of how lentils are sold. For example, retail red lentils usually don't have a husk but the puy lentils generally do.

So why eat lentils? Lentils are jam packed with nutrients: protein, fiber, vitamin b1 and iron, just to name a few. Lentils have also been a staple food through the ages and for good reason: They are very versatile! You can make soups, stews (like HH's Red Lentil Dal!), pair lentils with rice, add them to a salad or sprout them! 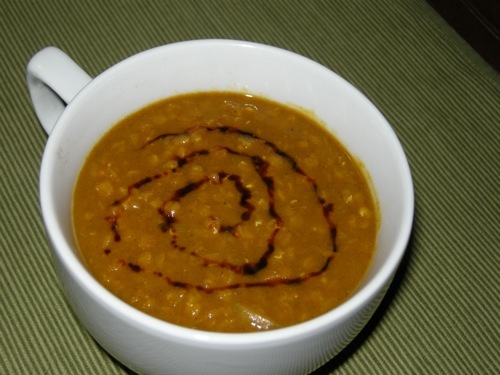 Lastly, a warning. Although lentils are naturally gluten-free, they can be cross-contaminated so if you have an allergy or sensitivity, be sure to buy certified gluten-free lentils.