A Vegan Taste of Maine 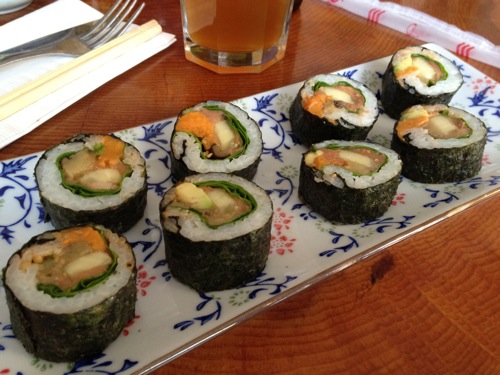 After Montreal we headed to Maine.

Our first stop was a small town (population: 600!) that's a popular stopover for AT hikers. Within my first hour there I saw a moose, a turkey cross the road AND there was a baby turtle the size of my big toe outside my door! I like to think the animals were welcoming me. LOL 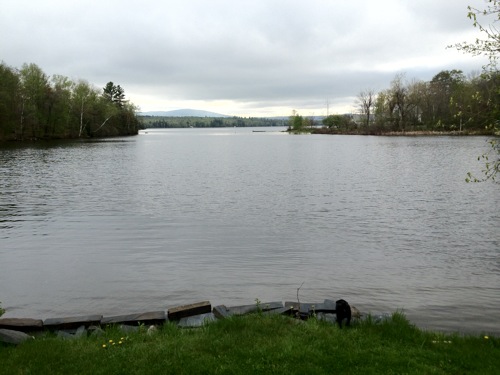 While we were settling in, I noticed our lake house was next door to the lone restaurant in town, which was also the local bar, the local hotel AND the local laundromat. (Now THAT is what I call multitasking!)

We decided to pop over for dinner and see what they had. I found a salad on the menu called "New Wave" which could be vegan if I left off the cheese and chicken, so I ordered that, plus grilled pineapple which I'd seen elsewhere on the menu. It was delicious! 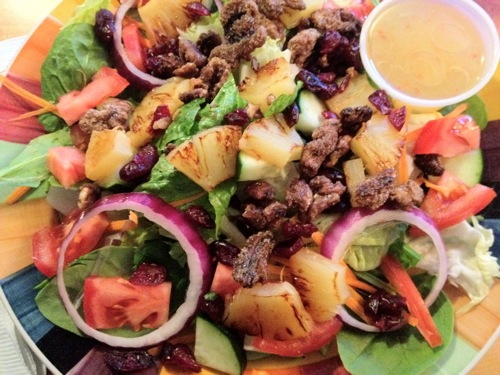 As we were getting ready to leave, the owner-inn keeper-chef came over and asked if I had a dairy allergy, or was I vegan. I couldn't believe it! I stood up a little taller and said "we're plant-based... vegan."

She gives a gorgeous bright smile and says "Oh I just love cooking vegan. Are you in town for a while? I'm actually doing a special vegan menu for some guests on Thursday."

I was sold (and excited!) 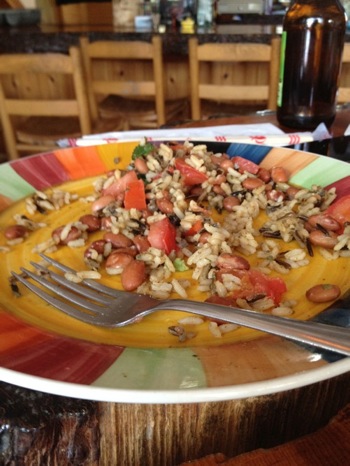 We returned on Thursday. She served vegan sushi, though it was unlike any sushi I've ever had: made with spinach, refried beans and other fixin's you wouldn't think of, but it was perfect. She also had a lovely wild rice and bean dish plus lemon sorbetto. 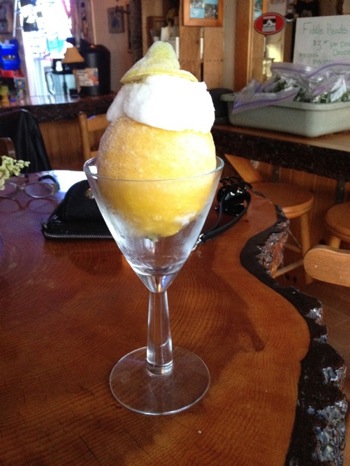 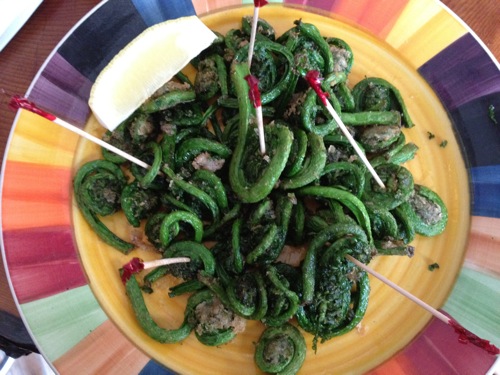 The fiddleheads were also vegan that evening and having heard so much about them, I finally decided to give them a try when someone else ordered them as an appetizer at our table -- they're a lot like asparagus!

After our little town adventure, we went south to Portland, Maine. I'd heard several good reviews for the Green Elephant, and knowing how much I love elephants -- and the color green, it seemed like destiny.

The food was exceptional and I think they must have the kindest, friendliest, most attentive staff on the planet. 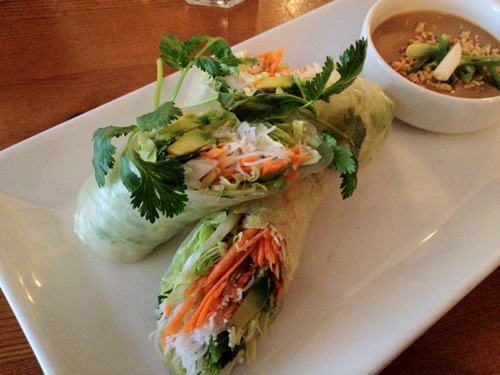 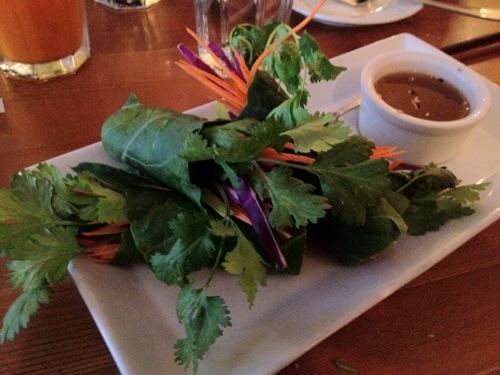 I ordered two appetizers for dinner -- their fresh spring rolls which were outstanding, and another fresh spring roll (or shall I say "green roll") which was made of collards, mango, carrots and purple cabbage with a hoison dipping sauce. YUM YUM and so refreshing & healthy! I also had a vegan thai iced tea :) Who says you can't eat clean and healthy in a restaurant?