Creating a Blog And Building a Brand 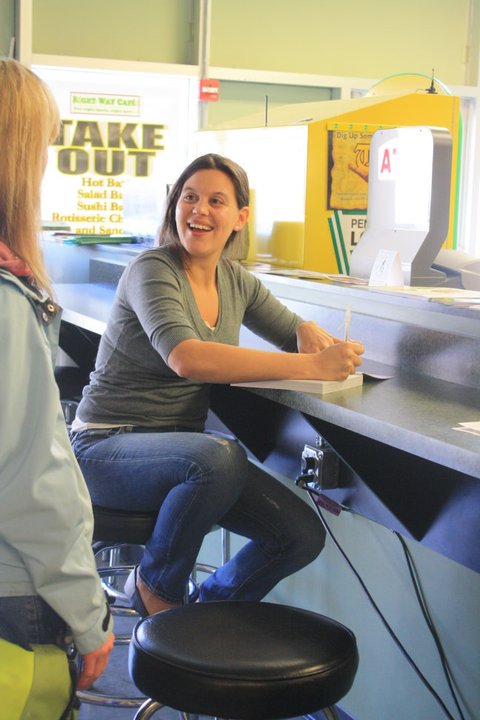 Every time I speak at conferences, someone in the audience always asks for advice on how to create a successful blog or brand... How can they recreate what I did with Happy Herbivore?

Truthfully, I always feel a little silly giving business advice. I think, "Who am I to give advice? I'm no Donald Trump!" but to get the guts to write this post, I told myself that's exactly why *I* should give advice. I'm NOT Donald Trump.

One thing I always like to point out is that when I started blogging, never, in my wildest dreams, did I think Happy Herbivore would become a career. I didn't envision cookbooks, necklace charity projects or meal plans.

I didn't have a business plan or a marketing plan. Not having a plan was my plan, I guess. That said, there are a few things I've noticed over the years that I think can help anyone aspiring to build their own blog or brand or business and I'm happy to share them with you. Some of these I realized through my own experiences, others I have noticed from watching others grow.

It has to be about passion. Happy Herbivore has always been about passion for me and I think that's the big secret. Your motivations can't be about fame or money. If you look around at all the successful bloggers you'll find one thing they all have in common: None of them set out to be popular bloggers. It also has to be about passion to survive because if times get tough -- and they will, only passion will keep you going.

Success is not given, it is earned. One other commonality you'll find among the popular bloggers: They've been blogging for years. YEARS. Happy Herbivore is almost five years old. I've been eating, sleeping and drinking Happy Herbivore since 2007. It's not uncommon for me to work 16 hour days, 7 days a week. You have to put the time in. Maybe there are ways to be more effective (like I said -- I never had a plan), but I do believe that slow and steady wins the race. There are no short-cuts for real success.

Quality over Quantity. For a while I freelanced while doing Happy Herbivore to pay my bills. One company I worked for had a very impressive online presence: 11,000 Facebook likes; 8,000 twitter followers. At the time, Happy Herbivore didn't even have a quarter of that, so I was dazzled by the numbers. On the job, I learned that the company had paid handsomely for a few thousand facebook likes and twitter followers right off the bat so they appeared to have a presence online, rather than waiting for it to grow organically like I was with Happy Herbivore. It was all smoke and mirrors. The company also did a lot of carrot and stick promotions to get even more likes and followers: like their page and get a free this. Follow them on twitter to get a discount code, etc. I looked at them, then looked back at Happy Herbivore. I didn't have nearly as many likes and followers, but my supporters and fans were truly supporters and fans. They were there because they cared about me, and knew I cared about them.For that company, it was about quantity not quality. Today, I have more likes and followers than they do. I'm not saying this to brag, but to make a point: quality over quantity. A person who believes in your blog, your brand, your product or your business, or genuinely likes you, is infinitely more valuable than 50 people who like your page because you cajoled them into it.

True colors always bleed through (back to Passion) A friend of mine owns a small gluten-free baking business, Gone Pie. Barbara started the business years ago -- long before "gluten-free" was so mainstream, because she was really passionate about making delectable allergy-free treats. When I asked Barbara about ruthless competitors, her advice was simple: "a dog is a dog is a dog." She said that people who are "in it to win it" never last. That true colors show eventually, that people with bad business practices dig their own graves and that consumers are really good about sniffing out baloney. As the years have gone on, I've witnessed just how right she is.

Overnight fame usually means you're famous for something you probably don't want to be famous for. Think about it. Handouts don't matter. I've had people try to negate my success by saying things like "you're popular because Forks Over Knives mentioned you." There are two important points here: First, I had a lot of success before I attracted the attention from Forks Over Knives, John McDougall or anyone else that's given me press. How else would they have found me?! I used to feel exceptionally lucky (and I still do) but I've also come to appreciate that it's not all luck. You also have to have the experience to be able to seize opportunities. I wasn't plucked from the unknown and made a star.

For example, think about a singer -- even if a singer is "discovered" and "made a star", it's still not all luck. Long before that singer was "discovered" and making records, he or she was singing at church, school and any place they could, to perfect their voice and practice, so when the opportunity to be "discovered" as an artist came along, they were ready for it. They could seize it. I have seized all opportunities I could, but a lot of them wouldn't have come along at all if I hadn't first done the legwork.

Second, handouts don't matter that much. Getting press helps, but it's probably not going to make you. I'm very thankful for the press Forks Over Knives or Dr. McDougall or anyone has given me. I'm not discounting that it has helped, it certainly has, but not as much as you might think. For example, I've received about 2,000 Facebook likes from FOK. Every time they post about me I get a few hundred. That's not nothing, but at the time of this writing I have nearly 24,000 Facebook likes. 2,000 isn't even 5% of my total likes!

Point is, a lot of bloggers spend time trying to get bigger or more popular bloggers to promote them or talk about them or share a link to their blog. They think, "if so and so would just promote me it would make a huge difference" and really, it won't. It will make a difference, but you still have to climb the mountain on your own. I've had friends go on Good Morning America or other really popular shows, and it didn't do much of anything for their career or their book or product or whatever it is they were promoting. They call it 5 minutes of fame for a reason. That kind of fame and press is so fleeting. It really doesn't matter in the long run. -- what you build matters more! Just think about how many hundreds of people go on Oprah or Ellen or The Today Show or any of those shows, and we can't even remember their names. Or their episode.

My point is, spend your time on building your blog/business/brand. Put all your effort there and into appreciating the fans you already have. Let it all happen naturally, because that is the way to true success. Good luck!