Herbie of the Week: Mary Lou 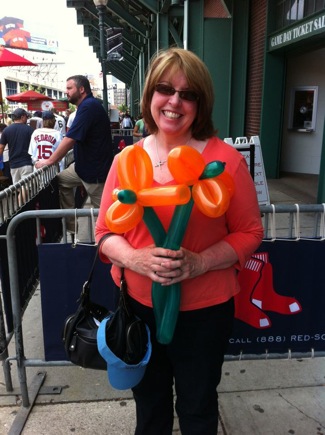 Last week we met Georgie, who has found eating plant-based has helped her with her recovery to an eating disorder. This week we meet Mary Lou, who cleared up her rosacea by going plant-based!

HH: What made you decide to go to a plant-based (vegan) diet?

Five years ago, I suffered from several chronic autoimmune diseases: psoriatic arthritis, for which I was taking Enbrel injections, and I also had asthma, brain fog, depression, joint pain and chronic fatigue, among other issues. I always wondered why I was afflicted with all these things. My doctors were only interested in giving me drugs to treat the symptoms, so when I saw an article claiming that as much as 40% of the population may be suffering from non-celiac gluten intolerance and it listed all the conditions that I was dealing with, I stopped taking my medications and stopped eating gluten.

HH: And the results?

Within 4 weeks all my symptoms were gone! I tell people that you really don't know how sick you are until you know how it feels to be well. However, I still suffered from rosacea and this past December, my rosacea was at its worst. I was very self conscious.

I also knew that many gluten sensitive people are also sensitive to dairy but I thought, I had already given up so much with going gluten-free...how could I give up cheese and ice cream? Luckily, around the same time, I saw the documentary Forks over Knives and seeing proof of the damaging affects of dairy and meat was enough to motivate me to adopt a plant based diet.

HH: Did eliminating animal products from your diet help with the rosacea?

You can see the dramatic results in the photo! By the end of my first month plant-based, my skin was clear. In fact, clearer than it had been in 20 years! I had to think... if giving up dairy had this dramatic result that I can see....what had it been doing to my insides, the things I can't see?

HH: Have you noticed any other physical improvements, beyond clear skin?

I find I have more energy and people have been telling me I look younger. I feel lighter, not just in weight, but in everything. I haven't lost a ton of weight, but I have definitely lost belly fat. I think my brain is clearer and sharper too.

HH: Is it difficult to be gluten-free and plant-based?

At first I thought it would make it more difficult, because I had already given up so much, but in reality I think it made it easier. I knew that any physical cravings I had for dairy and meat would go away in a few weeks, just as it had for bread and cookies a few years ago. I am a real foodie and love to cook and had already learned to adapt recipes for gluten-free. I knew I'd have to learn to use foods I thought I would never like. Tofu, for example. That's where Lindsay's cookbooks, Happy Herbivore Cookbook and Everyday Happy Herbivore, have helped tremendously. I use her books for 80% of all the food I eat. Now that I know what to do with it, I love tofu. 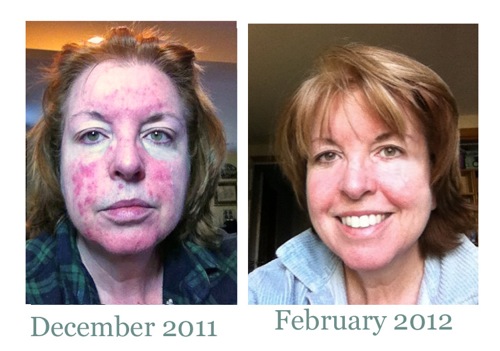 HH: Is your family supportive of your new diet and lifestyle?

Both my boys have left the nest and they're probably glad they did before I started cooking this way! But I think they admire my resolve. I'm 55 years old and part of what motivated me to make this change is that I want to live a long and healthy life and be a part of their lives and any grandchildren that my come along.

My husband has been very supportive. He hasn't quite joined me in giving up meat and dairy but because I prepare his meals as I make my own, he is eating much less of it and eating healthier overall. I don't buy any processed food. He's promised to watch Forks Over Knives and I think that may motivate him to join me.

HH: With all this new energy, any big plans this year?

Every August, my town has a 5K race called the Brew Run. It's a family tradition to run the race. I have never run...anywhere. So my goal is to learn to run, and be ready to join my sons in the Brew run this year.

HH: Any final thoughts or advice for those considering a plant-based diet?

Watch Forks Over Knives. It goes into depth about how a plant based diet can reverse heart disease, and prevent cancer, and chronic illness. Once you understand why you are doing it, it becomes easier to stay motivated. Also, use Lindsay's cookbooks. Discovering new foods and easy to make, delicious recipes, as well as joining the Happy Herbivore Facebook community is what has helped me stay committed to my new healthy lifestyle.

Thank you Mary Lou for sharing your story.