Herbie of the Week: Georgie

Last week we meet Ryan, who has lost 38lbs since going plant-based. This week we meet Georgie, who left this comment on Happy Herbivore: "I just wanted to say thank you so much for the positive impact your blog has had on my life. I'm in recovery for an eating disorder and your recipes have absolutely saved me."

I was touched by her kind words but also moved by her strength. I asked Georgie if she'd be interested in interviewing as Herbie of the Week, and also talking about her recovery and experience. Lucky for us, she said yes!

HH: Tell us a little bit about yourself!

I'm 18 years old and from a town near London, England. I'm currently at boarding school studying for my A levels (school leaving exams in the UK) in French, German and Chemistry. Next year I'm going to University to study German and Russian.

HH: It's so brave of you to be open about your eating disorder, and to get help. How did this happen? Did you reach a breaking point?

Without going in to any gory detail, my parents noticed a few months after it started that I'd lost some weight. Then after I started refusing to eat certain types of food they confronted me about my problem. They also told me they knew I'd been throwing up my food, which was a mortifying thing to hear. At first I started "recovery" because they made me, but since then I've found a goal for myself - I want to join the Army. This meant I needed to get better!

HH: What brought you to a plant-based way of eating during your recovery?

The foods I refused to eat were creamy foods (I had a particularly memorable meltdown over a fish pie that led to the first use of the words 'eating disorder') and oily foods. The first step of most recipes, even vegan ones, involves heating oil in a frying pan. This is my absolute worst nightmare, so it was wonderful when I found Happy Herbivore because the recipes don't involve oil. I also had a habit of squeezing food like chicken to make liquid come out then getting upset about it looking oily. It became pretty clear to me that I would be much happier avoiding meat and dairy. I'm also totally obsessed with fruit and vegetables, especially apples, courgettes (zucchini) and butternut squash. 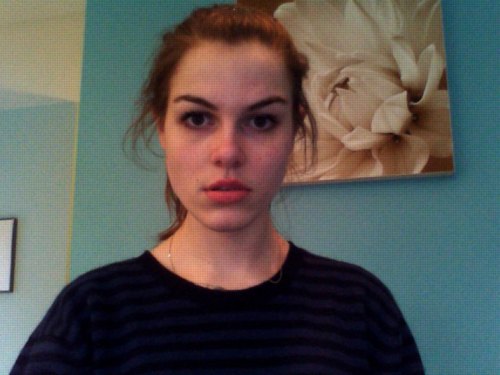 HH: Do you have any Happy Herbivore favorites?

My favourites from the site are the Apple Biscuits and the black bean burgers.

HH: Any advice for someone who may have an eating disorder or for friends and family of someone that they think does?

Everyone ought to learn the tell-tale signs of the most common eating disorders, such as anorexia and bulimia. These can be found on many websites and they aren't particularly difficult to memorize. It's very important that you spot an eating disorder as quickly as possible - the longer somebody has one, the deeper they get into the illness, and the harder it is to cure.

If you believe someone you know has an eating disorder, talk to them about it. However, you have to be very delicate when broaching the subject. Asking someone if they have an eating disorder is basically accusing them of being mentally ill, which hurts. Especially as most people with eating disorders don't believe they have a problem at all. What's more, contrary to popular opinion, eating disorders are not about getting attention but about disappearing and becoming invisible, so making a point or a scene about it would also put the person in a very uncomfortable and upsetting position.

If you have a relationship with food that most people consider bizarre or unusual, have a look at the symptoms for various eating disorders - you may think your problem isn't real just because, for example, your BMI isn't unhealthily low, or you don't throw up your food, or you tend to overeat instead of under eat. This isn't the case. In fact, the most common eating disorder diagnosis is EDNOS, or Eating Disorder Not Otherwise Specified. The spectrum for this disorder is very wide, so you could still fit it. 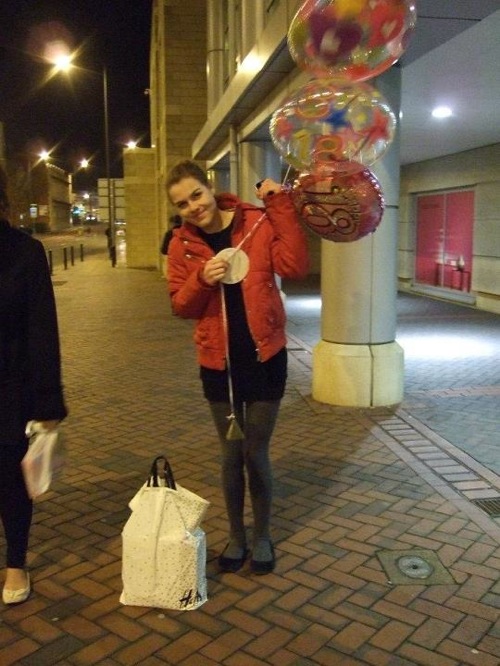 It is important that you recognize that you have a problem and try to deal with it soon. Eating disorders can make people very selfish - for a long time I was so wrapped up in myself that I didn't notice the terrible effect it was having on my family and closest friends. If you don't want to recover for yourself, recover for them. It will be the best decision you ever make.

Thank you Georgie for being so brave to share your experiences -- and the information you provided is so helpful. Thank you.