Herbie of the Week: Kessa

Last week we met Nancy, who rekindled her old interest in a plant-based diet after a visit with her granddaughter. This week we meet Kessa, who left the following comment on HH's facebook page:

"I've been doing Dr. Neal Barnard's Reverse Diabetes diet. Thanks to The Happy Herbivore & her cookbooks, I can eat food that has some taste & actually tastes really good. I had to get all fat out of my diet, except for what is in it naturally, like in Legumes & Grains, Whole Grains, Vegan & watch the G.I. - I have gone from an A1C of 13 to an A1C of 6.0 since August (2011). Thanks Lindsay!!!" 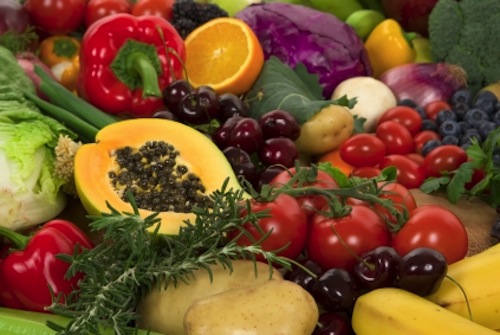 HH: What was your diet like before you subscribed to Dr. Barnards plan?

I was eating a whole grain, vegan diet that was for the most part low fat (for just over 10 years). Unfortunately, my body seems to need things to be "just so." Getting rid of oil while cooking & getting rid of olives (my fav!) were the most important things I did & really the only difference in how I was and now am eating.

HH: Could you tell us a little about Dr. Barnard's diet plan?

HH: What does a typical meal look like for you now?

HH: What made you try Dr. Barnard's plan?

I think it was when I was at my doctors & he tested my glucose level & it was 280 & he said that it was "kissing 300" - I had just switched doctors (my other one moved across the country), so he was new to me and didn't realize that for me that was actually not bad. He gave me an injection of Insulin & sent me over to the lab for blood work (A1C & such). I didn't realize that they were also going to test my glucose levels, so when my doctor called me about the results, he sounded a little nervous. He was quite surprised that my glucose level had gone up after getting the Insulin injection. I could hear the fear in his voice & it hit me, if I can't use Insulin to bring my glucose levels down, I could be in real trouble in an emergency.

HH: Did you struggle with the dietary change?

Only in that I couldn't eat olives any more. LOL!

HH: Have you noticed any positive changes since the switch?

I get more done in 1 day than I got done in a month, now. I am hoping that it eventually goes back to the way it used to be - I was so active & athletic. I am still holding out hope that I can go back to walking for 3 to 6 hours a day like I did before I got sick.

I have also lost 30 pounds.

HH: You mentioned that Happy Herbivore has helped you enjoy the tastes of foods again--can you elaborate?

Previously, the only "seasonings" that I used were Salt & Pepper – I had no idea what kind of seasonings went with what. Sweets were out, because I didn't know how to make them using whole wheat Flour - now I keep ww Flour, ww Pastry Flour & whole white wheat in my pantry. I eat more flavors now than I have ever eaten. It's like a whole new world has been opened up to me & to tell the truth, if I had not found Lindsay's Blog & then her cookbooks, I would have kept eating that way. It was so bland & boring - I am very grateful that someone like Lindsay is out there helping people like me.

HH: What advice do you have for people who are diabetic?

Get rid of the fats in your diet, even for baking, sautéing, etc. Eat whole grains & lots of veggies.

I have said this before, but will say it again. Dr. Barnard taught me what I needed to do. Lindsay Nixon taught me how to enjoy doing it.

Thank you Kessa for sharing your story. Kessa is not alone,Candyalso reversed her type 2 diabetes using Dr. Barnards plan.Kessa was unable to send in a photo, but we still wanted to share her amazing story.