There are many vitamin and mineral supplements available. You can walk into almost any grocery store, and the have half an aisle dedicated to them (if not there own section),  they are a big revenue source. There are even entire stores dedicated to supplements.

Several years ago my sister came to visit me in NYC for a week and we were having a great time until her doctor called. They had gotten her bloodwork back and her iron levels were still low. They wanted to change her prescription to a higher dose, now not when she got home in a week. 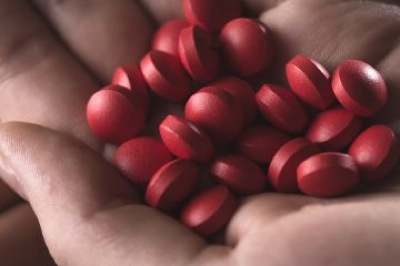 This sounded simple enough. She gave them the number to my local pharmacy and that was that. Until it wasn't. The pharmist said that since the medicine was avaialble over the counter that they couldn't fill the prescription. Really?!?

While iron supplements are available over the counter, they are in lower doses than what she was prescripped. We calculted the amount on the over-the-counter box the pharmasict told us to buy, and to get the amount of mg her doctor wanted, she would have been taking almost a third of the pills in one day!

Even after showing him this (and the warning on the box not to exceed 2 pills per day), he still wouldn't fill her prescription. After going around & around for almost an hour, her doctor decided that she should just double her current dosage until she got home.

Maybe it the fact that she was out-of-town or it was an out-of-state doctor or maybe they just wanted her to buy the over-the-counter version instead, I don't know. I do know it wasn't becuase of her insurance, they never even asked to see it.

In the years since, she has become plant-based and changed her medicine (although she is still anemic and must take iron pills daily). When we went to refill her prescription, you can imagine our surprse when the pharmist told us AGAIN that it was available over the counter. Although I think this was an attempt to get us to spend more money in the store, than actually refusing to fill it.

After looking at the container on the shelf, it was the same pills that she has been getting and the same mg amount. The difference was the price. Oh, my! Almost $15 for 60 pills over the counter versusless than $5 for a prescription of 60 pills (without insurance)! They are the same pills; he even showed us the box and said they fill generic prescriptions with it. 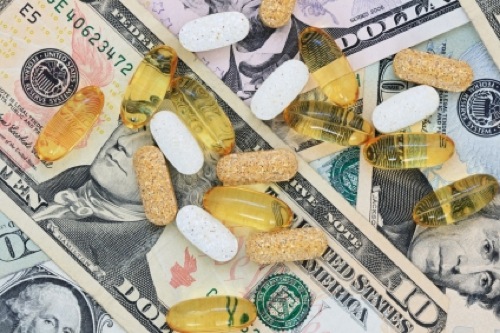 It really suprised me at first, that it is cheaper to buy a prescription supplement instead of an over-the-counter version - even without insurance. But then I thought about it. Shouldn't it be this way? If a doctor says she needs this supplement, it should be cheaper than if she just wanted to take it to take it.

If your doctor wants you to take a supplement, whether it is iron or vitamin B12 or vitamin D, ask for a prescription. It may be cheaper than buying it over the counter. Some insurance companies will even cover supplements filled as prescriptions.