I have written several posts on flours in the past, and I hoped I could sum them all up into one concise post. In order to cover all the flours I want, it will still be 2 posts.

Below are several of the more common flours, and this afternoons post will be about a few of the gluten free flours. 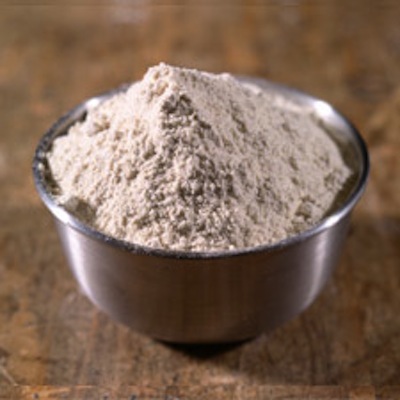 This is probably the most commonly known flour, unforutnately. Refined white flour is the ground inner kernel of wheat, meaning it is missing the most nutritious part of the wheat seed, the bran and the germ. It can be called wheat flour and/or enriched wheat flour.

This flour has fewer calories and carbohydrates than white flour, and it contains five times the fiber, twice the calcium, and 25 percent more protein than white flour. Whole wheat flour is made from red wheat, which gives it a tannish color.

Stone-ground flour is milled with a stone wheel moving over another stone wheel, often slowly. Most mills today use a steel roller to grind flour.

This flour is made from the same type of red wheat as whole wheat flour, but has a slightly lower gluten content and protein level. It is similar to an all-purpose flour, but is less processed. It is a lighter and fluffier flour that works best for cakes, muffins, biscuits, scones, pastries, and cookies.

Rye is a cereal grain, and does contain gluten. Although most rye breads are made from a mix of rye flour and wheat flour, because of the low gluten level of the rye flour.

Spelt is a type of wheat, most often used for baking bread, biscuits, or crackers. It usually has a mild nutty and sweet flavor. As a side note, spelt is also rolled and can be used in similar ways as rolled oats, like oatmeal. 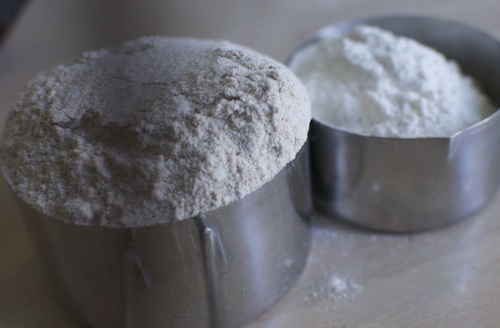 I just heard about this flour the other day when a Herbie mentioned that her daughter likes artichoke noodles. I don't know much about this flour other than it can be used to make pasta and bread. According to one manufacture, DeBoles, the flour can aid in digestion and help lower blood pressure and cholesterol.

Check back this afternoon for my follow-up post about the different types of gluten-free flours.