What is Soy Sauce?

We know soy sauce comes from soy beans, but ever wonder what else is in there too? Fermenting soy beans, grains, salt, water, and a few other ingredients  creates a paste, which when pressed produces soy sauce.

There are several different types of soy sauces, but there really are only minor differences between them.

One of the differences being if it is brewed or blended. Brewed soy sauce comes directly from fermentation, usually with no additives, whereas a blended soy sauce has additives, like mushroom broth or molasses.

The other difference is in the actual fermentation process. This is where the soy beans are mixed with the wheat and other ingredients. 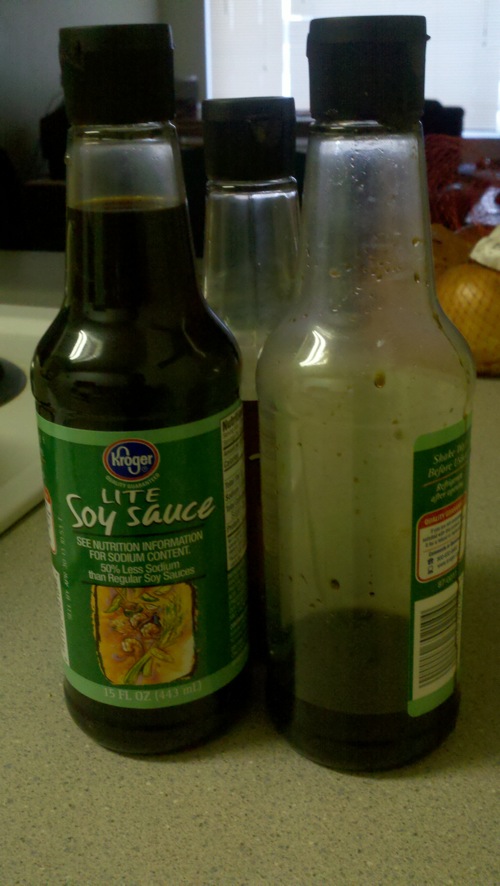 The most popular soy sauce has about an egual mix of soy and wheat, it is called Koikuchi in Japan.

Then there is a type called Shiro, which has more wheat than soy, but is also sweeter.

There is also a lighter and even sweeter version, called Usukuchi, which has liquid from fermented rice added in.

Another type would be Saishikumi (also known as twice brewed), which uses the Koikuchi soy sauce instead of the salt brine in the fermentation, creating a darker and stronger soy sauce.

Finally, there is Tamari. Traditionally this is made from soy beans and no wheat. If you are looking for a gluten-free soy sauce this would be it, but double check the ingredients since some commercial versions do contain wheat. Some companies use rice flour instead of wheat to make their gluten-free soy sauce.

There is also a chickpea miso tamari available for people looking for a soy-free 'soy' sauce. There are also lite versions, with less sodium and several of these are gluten-free as well.

There are many other different types of soy sauces from specific parts of Asia, but these are the most popular.