Canned vs Fresh - the Sodium Debate 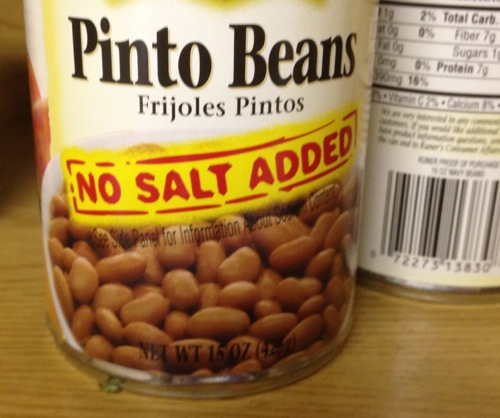 I've heard it over and over that canned foods are high in sodium, and yes generally they are. But that doesn't mean that they are inherently bad for you or should be avoided. They can also be higher in calcium and potassium.

Canned goods can also provide variety. Up until last week, I wasn't able to buy fresh or dry black eyed peas. If I wanted them, my only option was to buy canned or frozen. It is also more cost efficient when wanting to buy fruits or vegetables out of season.

Sodium is often added for flavor to canned goods - but it is not needed! There are many canned veggies and beans that have no added salt.

Most foods naturally have sodium in them, like beets or celery, so even the canned version will have some sodium. You can also lower the sodium of canned vegetables by rinsing them before cooking.

A surprising point is the amount of sodium that is on the final presentation, ie. my dinner plate. According to a study by the University of California-Davis in 2007, there isn't really a difference between sodium content of canned and fresh veggies when looking at how they are cooked.

For example, the study found the sodium from a can of corn would be comparable to the sodium found on cooked fresh corn when salt is added to the fresh corn before eating. Wait, what are they saying?

That means when I cook fresh corn and put salt on it, the sodium content is similar to that of the canned corn that is also on the dinner table. The same concept goes for no-added sodium canned goods and their fresh counterparts, as long as salt is not added before eating the fresh version. 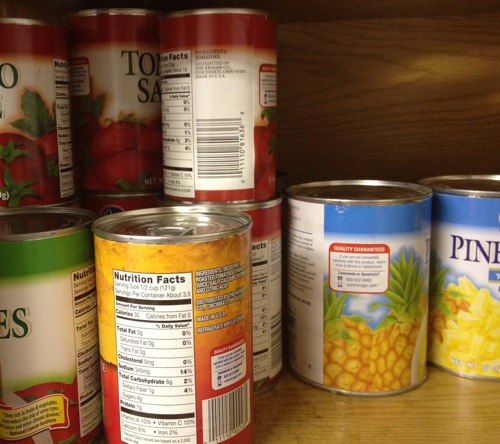 That means I could actually eat fresh corn with more salt in it than the no-added sodium version of canned corn! So much for fresh being better than canned. I guess the debate should be about adding salt in general to food and not just canned versus fresh.

For ways to reduce salt, check out my earlier video post.