Yesterday we showed you Genevieve's amazing kitchen story- she's truly a minimalist! Today, I thought I'd post a throw back picture...Lindsay's kitchen in New York that she wrote The Happy Herbivore Cookbook in. New York apartments rarely have "nice" kitchens- the kitchen always seems to be an after thought, sometimes it's even just one wall built into the living room! 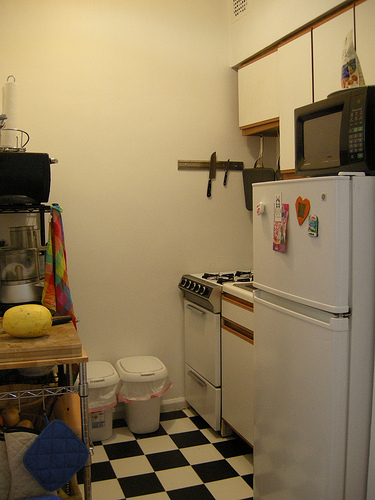 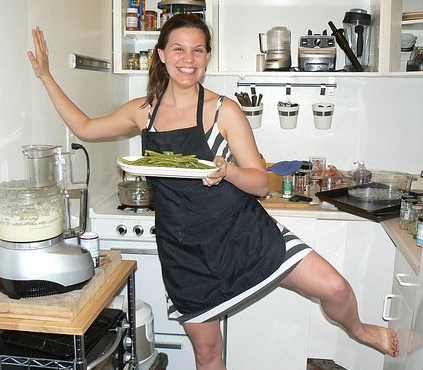 It just goes to show that a humble kitchen can still produce great results!