When a salad does you in (a story on food poisoning) 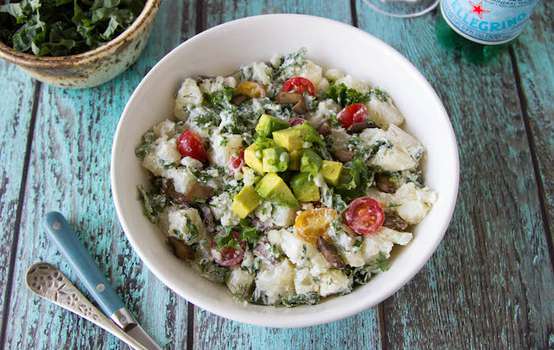 I feel like I should have a badge that says"I survived e.coli!"

It was a salad that did me in. I even have a picture: 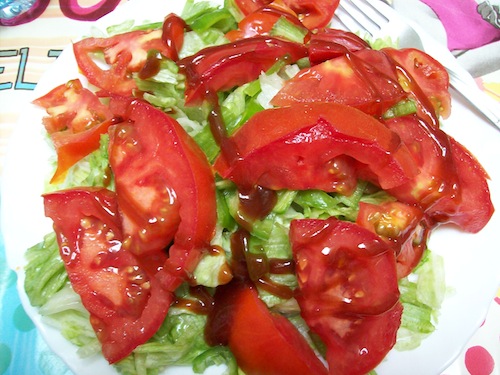 I remember eating this salad and thinking "My god--just look how RED the tomatoes are. I've never seen such red tomatoes! I should take a picture and blog about this brilliant produce!"

About 10 to 20 minutes after I'd eaten the salad, it didn't sit right. We've all had that feeling before -- food feels like a brick sitting sideways in our stomach.

I thought that maybe I'd eaten too fast or maybe my stomach was being fussy about all fiber. I'd been on a train all morning and hadn't had much to eat (so my stomach was pretty empty before I dumped a salad into it) and I'd just been in Italy where my diet had been rather carb heavy... whatever, it would pass, I told myself.

I chugged a bottle of water and went about my business. Specifically, I signed up for a group tour. (Bad choice).

I got to the tour rendezvous point and felt queasy. I thought it was a combination of the heat (91F) and the smell of nearby stables (we all have smells that make us gag, for me, that's poo). Still, I was determined to stick with my tour. Surely I'd feel better once we moved away from the smell and into the shade...

Wrong. It happened. It was completely uncontrollable, a scene right out of Bridesmaids. I hurled with a passion all over the streets of Seville. It was painfully obvious what I had eaten... my clearly visible salad starred back at me... and it continued.

I have never, in all my life, been so sick. I'd thought a time or two before that maybe, maybe I'd had food poisoning but I let me tell you something: if you have food poisoning YOU KNOW YOU HAVE FOOD POISONING.

For years I'd been operating under a false sense of security. I thought by being a plant eater I was immune from food born illness, which made this whole experience that much more jarring.

I spent two days and two nights throwing up anything I tried to put down. Even after the actual throwing up stopped, I could only eat small bits of food -- a cracker, a little soy yogurt, and I had to fight of the nausea for hours afterward.

For days I played this game. I'm still playing it. For a while, most food turned me off completely and I didn't even want to try to get it down, but I'm getting better.

Even now, over a week later, (at home, having survived a 8-hour plane ride filled with trips to the small bathroom) I'm still not totally recovered.

But, I'm eating solids again (yahoo!), which is great, though my body is really finicky and last night, for whatever reason, PB&J was a bad, bad choice and I spent the entire night running to the bathroom from a sort of... bowel distress (sorry for the TMI).

So what's with the TMI anyway? Why am I telling you my sad salad story?

I wanted to make a sort ofpublic service announcement. I washed my vegetables thoroughly with water, but not soap, and I thought that was sufficient. I thought I was "safe."

My hope in sharing my story is that it can be a reminder that vegetables can carry contaminants too, and we should all take safety precautions. I've let my guard down too often, and now I never will again. 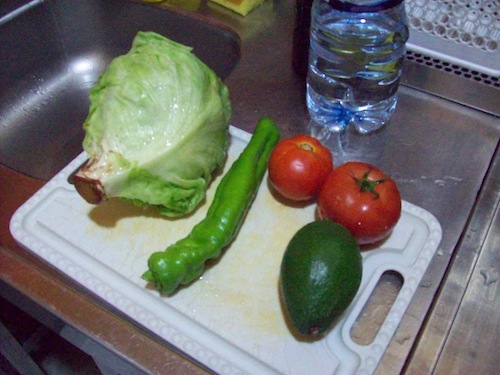