Today is Drink a Beer Day! We have a delicious and super simplerecipe for beer bread, but we also wanted our gluten free friends to be able to enjoy as well. Lidia, from Air Eater, shared her gluten free beer bread adaptation with us :) 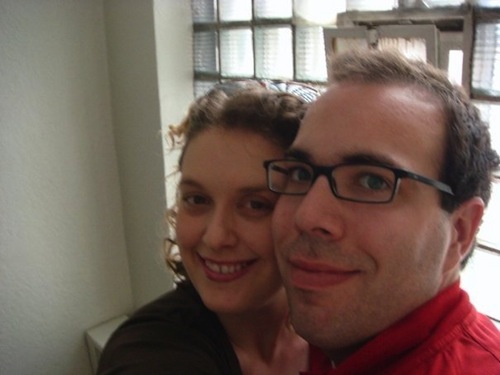 My home is vegan by choice and and gluten/soy free due to my husband's sensitivities, so the decision to make HH's Beer Bread recipe sounded like a challenge!

I followed the recipe and made a few changes to adapt the recipe to a vegan gluten free diet. I used 3 cups of Bob's Red Mill All Purpose flour, instead of whole wheat flour and 2 tbsp of raw Agave syrup instead of raw sugar. As most beer is made of wheat and has other gluten ingredients such as barley and hops, instead I added a bottle of New Grist Gluten Free beer. To make the bread savoury I added spices: 1/8 Thyme, 1/8 Italian Spices, 1/8 Ground Coriander Seed, 2-3 cloves of crushed fresh garlic and 1/3 cup fresh finely chopped parsley.

When I added the beer to the dry mixture it began to fizz and the batter turned the consistency of pancake mix. I was rather worried when this happened, but then I figured it was just the yeast reacting to the flour. It is a bit surprising to see a "bread" mixture be so watery, it was almost like conducting a science experiment! Perhaps this could be a recipe done with children. The mixing didn't allow for using my hands, I'd recommend a whisk to get rid of all the lumps.

The bread still managed to turn out fine and was very fragrant. My husband, Mathieu, was quite happy to enjoy the bread.

It's difficult to find a gluten free vegan bread that isn't stone hard or readily available in grocery stores. Often, I have to be mindful of looking at ingredients when shopping and of cross contamination. It's amazing how often the gluten free items are lumped in with regular flour items. I'm incredibly excited to have made this recipe, if it wasn't for HH, I wouldn't have even thought to do so. Thank you!