Today's post is recipe by my long-time pal Katie, though you probably know her as CCK, "Chocolate Covered Katie."

I met Katie shortly after I started Happy Herbivore -- 3.5 years ago! Back then, blogs were still relatively new and there were only about 2 dozen vegan bloggers. Naturally, being such a small community within an already small community, we all got friendly quick. Katie and I had a natural chemistry -- and I've stayed in touch with her over the years (other long-time blog pals include Vegan Crunk and Vegan Dad).

Anyway, one of my favorite restaurants in New York, Angelica's Kitchen, sells a homemade tofu whip cream that I just love. Curious as to it's make up, I asked the waitress for the specifics and she said "it's just tofu and maple."

Needless to say, I've been whipping tofu every which way with maple syrup, but to no avail. I just couldn't get it right. Then, after venting my frustrations on twitter, Katie messaged me saying she'd developed a tofu whip recipe. So, I took a peak at hers and then made some modifications so it would be more like Angelica's. 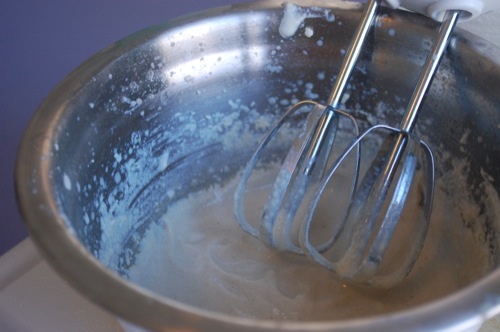 I added a little lemon juice to Katie's recipe to take off the tofu flavor (I found this secret when making tofu yogurt) plus a little flour which really helped it get the right consistency. I also used almond extract since it's clear and wouldn't add a brownish tinge to it like vanilla does, and I added a dash of cinnamon for good measure. 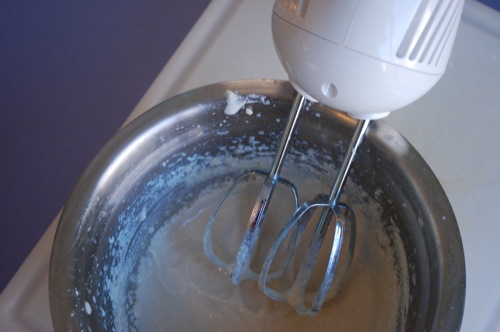 The end result doesn't remind me of whipped cream per se (that's what I get for tampering with a recipe!), but it does remind me of clotted cream, which is equally as awesome! I had it for breakfast with a big plate of peaches and nom!

Here is a lovely picture of the whip cream -- taken by Katie herself: 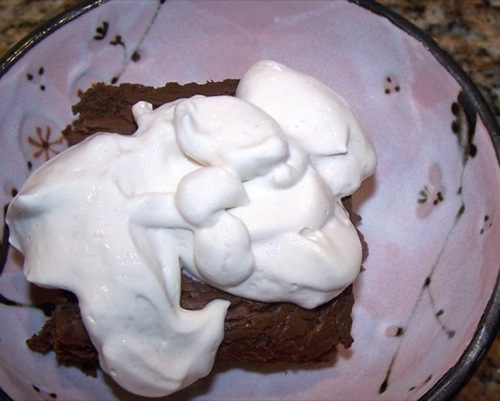 p.s. Katie is giving away a copy of my cookbook on her blog today!