Vegan Bullying is not Acceptable Either

After yet another young life was taken too soon by the hands of hate, many of my friends took to their Facebook pages to share this message:

I have always felt very---very fortunate to go to a high school where bullying was non-existant. At my high school everyone was free to be exactly who they were -- gay, straight, bisexual, or anything in between. It didn't matter how you looked physically, who you prayed to, who you made out with or slept with, what color your skin was --- everyone was treated equally. Sure not everyone got along, and there were clear groups of friends, but no one group "ruled the school" and no one -- and I do mean, no one, was harassed. The students at my school wouldn't have stood for it. (To put this all into further perspective, I went to High School in the 90's).

So to hear bullying goes on in High School's today, in 2011, is devastating. It's sad. I wish there was something I could do other than tell today's teenagers that High School eventually ends --- stay strong and know that you are perfect just the way you are. 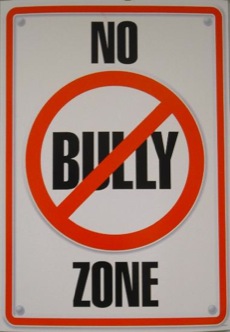 During the blog book tour, Sarah of Gluten Girl in Austin asked me why there is so much conflict in the vegan community -- noting she'd seen vegans hating on other vegans, vegans hating on vegetarians, and the like.

In the middle of answering her, my inbox pinged... an email alerting me to a new comment on an old blog post titled "10 Reasons I Love Being Vegan" in which I discuss all the benefits I've experienced since going vegan 4.5 years ago...

Back when I originally posted it, Ashley left the following comment:

"I found myself nodding and agreeing with nearly every thing you wrote. I'm not 100% vegan but even giving up meat 8 years ago I felt a lot of the same things. And the veggie community is so welcoming you can't help but make new friends. And it's a special bond to have with friends that also went veggie, they understand where you are coming from."

A nice, genuine comment that I greatly appreciated---only Joe left this comment in response to her last week:

"The fact that you're a vegetarian makes your comments less relevant.  You don't know what you're missing.  The feeling you get from being  a 100% vegan is like nothing else.  It is so extremely different from being a vegetarian.  What are you afraid of? It really is just fear that's holding you back.   Stop being so scared and selfish.  Be bold and selfless."

I was abhorred. angry. disgusted. embarrassed. I immediately wrote Ashley just in case she was notified of a response comment.

She'd had indeed read it, and while her response to me was kind, her reaction was sobering. Ashley was hurt. angry. upset. and what stuck with me the most were her final words "It's people like THAT that make me not want to go to the vegan side."

I'm still puzzled why vegans attack other vegans saying they aren't vegan enough. Or why some vegans gang up on vegetarians.Or why I even felt like I had to say this.

I say we should applaud people for the efforts they are making, rather than belittle them for where they fall short.

We don't know why someone is or is not vegan. Maybe that person has a medical condition that requires them to take pills that only come in a gelatin-capsule. Maybe they raise their own chickens, love them like children, and consider it a symbiotic relationship to eat the chickens' eggs. Maybe they have allergies -- severe allergies, that make it extremely difficult to be vegan but they are trying...

Being vegan is about being compassionate, and we should show that to others. I have always tried to make Happy Herbivore a safe space where anyone can feel welcomed and not judged.

People like Ashley---they need our encouragement. They need our support. They don't need people preaching at them telling them they are wrong and how to live their life. It would be much more effective to congratulate Ashley for being 80% vegan, than hit her over the head for not being 100%.

Be kind. and lead by example.

I'm overwhelmed by the response to this. When Lindsay first brought this to my attention, I was hurt. Very hurt, then, to be honest, I was somewhat worried about what the reaction would be by people.[HH: I informed Ashley I'd be blogging about this]

I trusted Lindsay would make this tasteful and to the point, which she did. Now reading everyone's comments, instead of feeling hurt, I'm thankful. I'm thankful that Joe said what he said, because without it I would not realize the overwhelming support people have for all happy herbivore choices :). None of you know me personally, yet I feel like you are all great friends.

Thank you Lindsay for posting this, thank you everyone who supported this post.
And Joe, I hope you are humbled.