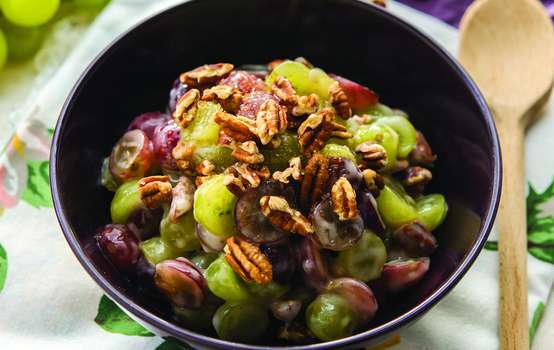 My review of the Four Hour Body sparked an interesting discussion about the Paleo diet on Twitter and Facebook--particularly about whether vegans can follow this diet (and I believe they can).

As a disclaimer, I am not supporting or encouraging the Paleo diet (even in a vegan form), but I wanted to provide information for individuals, who after doing their own research, have decided a vegan-paleo diet is best for them.

The Paleo diet, if you are unfamiliar, is an approach to eating that follows the presumed diet of "cavemen"(pre-agriculture). On this "diet" meat, fish, vegetables, fruits, roots and nuts are allowed (Paleo foods) but all grains, legumes, dairy products, salt, refined sugar and processed oils are not allowed. In short, the Paleo diet is essentially the newest form of Atkins--it is a high protein, low carb diet that causes ketosis.

Proponents of the diet claim that cavemen didn't have disease because of this "diet" (thereby suggesting it should be followed to prevent and reverse modern diseases and illnesses) -- but this claim is quite controversial amongst nutritionists and anthropologists alike, many of whom disagree with it sharply, not only because there isn't enough evidence to truly determine how cavemen ate, but because it's widely accepted academically that cavemen were free from disease due to their societal structure and not the macronutrient characteristics of their diet. If anything, historial data suggests the near opposite: that humans are naturally vegetarian and people eating vegetarian, Mediterranean and Asian diets (which are primarily plant-based, high in grain, low in meat) haveless disease and greater longevity...but I digress.

In preparation for this article I did a lot of research--I read 100s of boards, forums and "paleo-community" webpages. Not surprising, any time someone asked if they could be vegan or vegetarian and follow paleo, the masses replied with their mundane protein paranoia, (for which I wanted to upload this image): 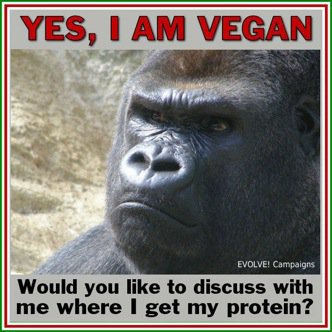 (I'm truly amazed at how many people think protein is only found in eggs and meat!!).

There was also a huge misconception that all vegetarians relied heavily on soybeans for their protein---which the paleo followers were quick to point out: soy is off-limits... but here is something interesting to consider regarding that:

Through the forums I realized, rather quickly, that the majority of paleo-omnivores "cheat." Most of them still use oil (lots of oil!) and many more still consume dairy products (sometimes raw dairy, but mostly pasteurized) and quinoa. I also found several small groups of omni who were regularly eating legumes! So, perhaps truepaleo isn't possible for anyone?Or perhaps this suggests you can be vegan-paleo and "cheat" with legumes and quinoa like everyone else if you want to...

Perhaps what I found most interesting, though, was that a huge and widely-admired omnivore-paleo "caveman" named Grok went raw paleo-vegan as an experiment this summer and along the way, decided to stay with it! As of his last video post a few days ago, Grok is still vegan (he's a fruitarian, actually) and a super triathlete!

With all that being said (phew!)Here are some resources for those of you who showed an interest in vegan-paleo:

Lastly, I'm curious to hear YOUR thoughts--about Paleo and diets that eschew grains, fruitarianism and any hodgepodge in between.

I'm sure we can all agree that a healthy diet is one that focuses on whole, natural foods--but where and at what point do we draw line?

UPDATE: (10/27/11 via NPR) The Paleo-Diet: Not the Way to a Healthy Future written by a biological archeologist

Also there is this post reflecting on Paleo by Jeff Novick, MS RD

A great, in-depth article by Dr. McDougall The Paleo Diet Is Uncivilized (And Unhealthy and Untrue)