Vegans for Health are still Vegans.

A few weeks ago when I posted about my vegan diet, many of you left comments here and via twitter saying my story echoed your own journey -- that you too went vegan for health or vanity, but the reasons you continue to be vegan are varied (animal rights, humanity, environmental welfare, to name a few). It was refreshing to hear I wasn't alone... and perhaps because I took a selfish road to my own veganism, I've never cared what path anyone else took to get there.

And because the vegan community is so small, it saddens me any time I see lines drawn in the sand -- vegans claiming others are not "vegan enough" or attacking them for their choices. I, myself, have been the victim of countless attacks, especially on twitter. (Let me take this moment to say thank you to all of you who stood by me and offered support during these episodes).

I will never understand their motivations. I'm already vegan, can't they funnel that energy into something more productive? But that's not the point of this post.

Just as the vegan community was starting to heal from the ex-vegan manifestos (claiming vegan diets made them sick) a number of vegans took to twitter and their blogs to berate anyone who is a "vegan for health" and go so far as to suggest you're doing a disservice to veganism if you "convert" people based on health claims rather than animal rights. 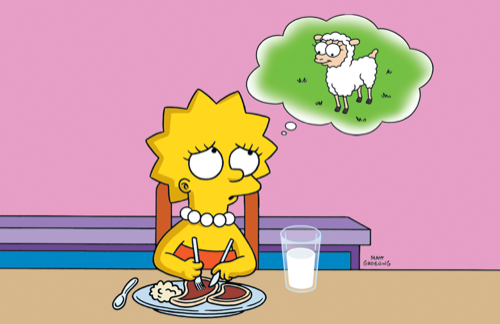 It takes a lot to twist my panties, but my panties were twisting in fury!

In the four years I've been vegan (happy veganniversay to me--it was a few days ago!) I had zero 'converts' when I preached animal rights. In those early months I was a vegangelical -- totally obnoxious about my veganism and animal rights, but after no one converted, and many friendships became strained, I backed off. I decided veganism would just be something I could keep in my pocket and feel good about -- my own warm fuzzy, the rest be damned... and then, something interesting happened.

By being compassionately quiet, by simply leading by example, my friends and family started becoming more interested and asked questions about veganism. Knowing that (unfortunately) most people are not moved by animal rights, I talked about the health benefits, and like magic, one by one, the majority of my friends and family members went vegan, vegetarian or adopted a semi-vegetarian diet.

We need to look no further than my recent interview of the Brunks(or my sister, Courtney) to see how much omnivores appreciate vegan friends who don't judge them, but also how being an example, can bring about a great change in others.

Going back to my original point:Any road that leads to someone eating less meat is a good one in my book.Whatever someones motivations are to eat vegan or more vegan meals, we ALL still benefit.Every meatless meal matters.

The big "problem" these veg*ns have with "vegans for health" or vegans using "health benefits" to draw people toward veganism is this notion that if the "convert" doesn't lose weight, they don't get healthier, etc. they will drop their veganism like hot cakes.

Let me be the shining example that is not true. While my veganism has helped me lose weight, feel better and generally live better -- it wasn't a total solution to all my mortal woes. I still have persistant acne, severe menstrual cramps and migraines -- I had hoped veganism would take care of these "issues" for me, and it didn't, but yet here I remain...becausealthough my veganism started from a selfish perspective, it morphed into something greater, which I think is true for a lot of people.

Many of us come to veganism for one reason, but then find ourselves caring about the other reasons once we get here. Scott, for example, was a vegetarian for environmental reasons -- but as a vegan, he champions the health benefits--which isn't something that he cared about initially. Of course, we are also both moved by the plight of farm animals.

and for the record, "converting" people based on compassion and animal rights, as these veg*ns suggest, is no more a guarantee someone will stick with veganism. In fact, the ex-vegans who created such a stir, were all vegans strictly for animal rights--- they were abolitionists vegans. One of them even attacked me, just months ago, for not being vegan enough.

So I hope with this rather long post, I've made a point: that we should remember that we are all on the same side of the fence and the greatest lesson veganism can teach anyone is compassion...compassion for everyone.

This is my promise to you:happyherbivore.com (and the Facebook page) will always be a safe space, where anyone can feel welcomed and not judged.