I woke up at 7:00 a.m. and had an apple and a banana. (Organicgoddess suggested I just eat fruit for breakfast, and not soaked grains, for optimal digestion, so I decided to give it a try). All was well, except I found myself starving by 10:30.

Lucky for me, right about then a friend tweeted this raw cinnamon roll smoothie. Since I love my ww ff cinnamon buns, and I enjoyed these live cinnamon buns (from 30-Minute Vegan) a while back -- I just had to try the smoothie. 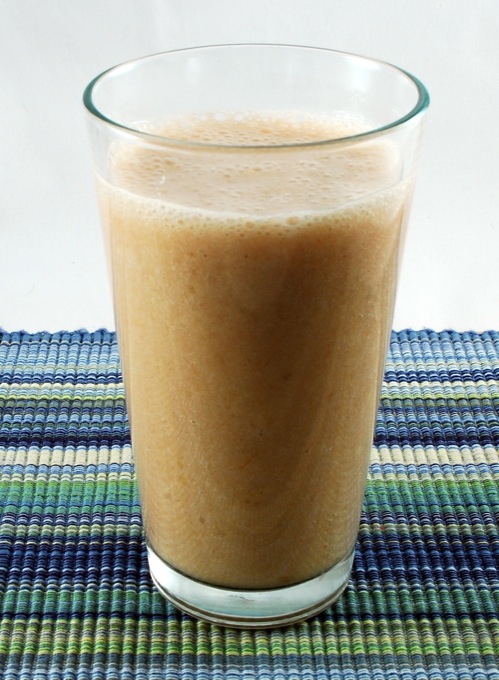 I combined 1 banana with 1 cup raw almond milk, 1/4 tsp vanilla extract, 1 tbsp pure maple syrup (I thought that would taste more "authentic" than the agave) and a few dashes of cinnamon. I'm not sure how much it tasted like a cinnamon roll -- but it was delicious (and creamy).

For lunch I made a raw kale salad (or "kalad" as I accidentally tweeted today) with peaches. I used two entire bunches of kale, a little salt and a big fat peach. 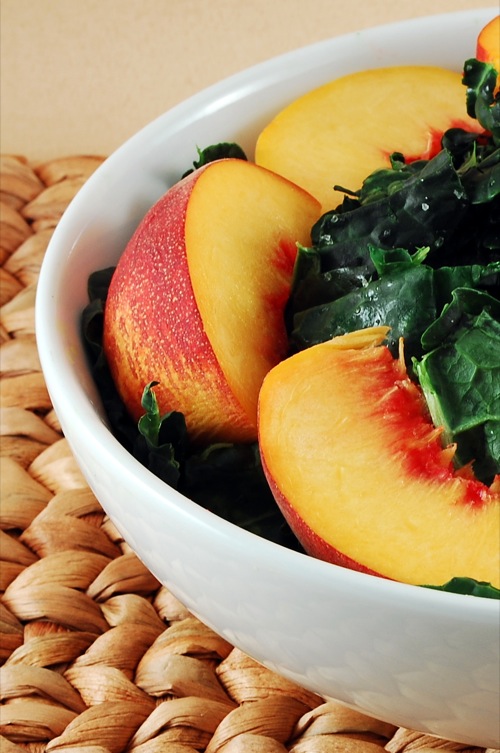 I had the munchies again at 3:00 and ate a handful of dehydrated apple rings I bought at Trader Joes.

Dinner. was. cooked. To make a long story short, I had dinner plans but thanks to the weather, I never made it there. I was trapped underground on the subway for half an hour (and managed to only go 3 stops) when I gave up and rerouted myself home. Another hour later I was actually home and so hungry and weak I felt fait. I grabbed a sprouted ww tortilla from the fridge, opened a can of fat-free vegetarian refried beans and voila roll-up in the mouth. No sooner had I eaten one, I went back for another and still another.

Then Scott asked me to tape an episode of beerfingers with him (which meant I'd have to drink two beers...) and that was that. So, I guess I flunked out, again. At least this time it was willfully. Sort-of.

Anywho, I'm going to give the raw regimen one more day, (I think) but I'm pretty certain Day 5 will be "quits." We're tentatively going snowboarding all weekend in Vermont. It's already plenty difficult to just eat vegan up there, let alone raw. Plus I'm not sure I could sustain the energy I need to vigorously snowboard for 8 hours a day on just fruits and veggies alone... (I burn, on average, 3,000 calories a day snowboarding) but we'll see!

Either way I'm working on a "closing thoughts" post that should be pretty informative -- so swing by to check it out! I can't wait to read your thoughts!