Yesterday was my birthday and all I could think about was pumpkin-brownies, which was sort of strange considering I'd never had one. I decided to take a stab at making my own and I couldn't be happier. They're pumpkiny but still really chocolately, too -- what a great flavor combination! While this recipe is not 100% fat-free (because cocoa is not fat-free) it has no added fat -- and it's whole wheat! They're like the punky pumpkin sister to my Low Fat Fudgey Brownies (also in my cookbook). So moist and fudgey, you'll never believe they're low in fat! 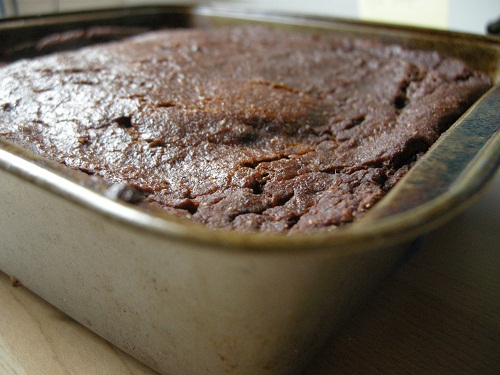 Remember, as with all things pumpkin -- it tastes best a day later! 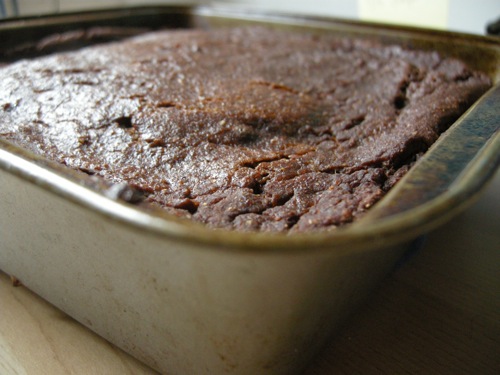 The punky pumpkin sister to my Low Fat Fudgey Brownies. So moist and fudgey, you'll never believe they're low in fat!

Preheat oven to 350 F. In a small bowl, combine pumpkin, 1/4 cup applesauce and pumpkin pie spice until well blended. In a medium bowl, combine yogurt, 3/4 cup applesauce, both sugars and vanilla until well combined. In a large bowl, whisk flour, cocoa, baking powder and salt together. Add yogurt mixture to flower mixture and combine. Spoon brownie mixture into a greased 8x8 square baking pan. Use a spatula to spread it out evenly. Spoon pumpkin mixture on top, using a spatula to even out smoothly. Then use spatula to swirl and mix the batters together. Bake 45 minutes to 1 hour, or until a toothpick inserted in the center comes out clean. Allow to fully cool before slicing.