What can you STOP doing to reach your goal? 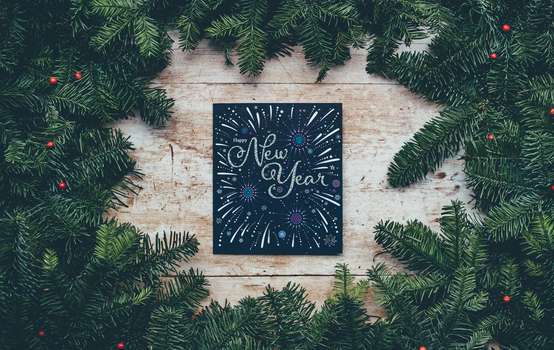 I’ve resolved NOT to do something.

While everyone else is resolving to lose weight, start working out, read books...

Here’s why (and how it works for me)

Might as well use my strengths to my advantage! ;)

For example, it was easier for me to quit drinking wine with dinner than it was for me to start and continue going to boot camp three times a week at 6am.

Sure I missed having a drink, but not buying wine (or pouring myself a glass) was much easier to implement and do than go to the gym.

I also got the same results: I lost the last 3 stubborn pounds and saw less puffiness in my face and midsection.

I also had the BONUS UPSIDE of being more rested, not only because I got to sleep in later but because I wasn’t hungover and bleh from bad sleep and wine the night before.

Similarly, it was a lot easier for me to resolve that I’d stop reading emails, texts, and blog posts after I’d sent or published them… vs. coming up with a way to to get more things done at work.

I’d been ‘trying’ not to “overthink” and to stop “second-guessing” myself for years, recognizing it was an energy waste AND that as a strong, independent, educated woman I should have more self-confidence…

Yet no amount of self-help books and inspiring internet memes seemed to be IMPROVING that little problem for me, but this… the not re-reading thing? WORKED.

I found myself with more time, more mental energy, improved productivity overall, and a general growing confidence in myself!

Trust is something that builds slowly (and is hard to measure) but now that it’s been 4 (?) years since that resolution, I can see, very clearly, how much more trusting, confident and SECURE I am with my communications.

That practice (not re-reading) was also a testament for me that sometimes you just need to cut the monster off at the head.

THE BEST RESOLUTION YET.

I do not JADE.

I do not justify, argue, defend, or explain myself.

I maintain a power position instead.

Quickly, I’ve stopped justifying, explaining, arguing, or defending myself to others (especially preemptively!) and to myself.

Here are a few responses I use:

“I don’t need to justify that”
“I am not going to argue with you.”
“I do not need to defend my belief. It’s okay that we disagree.”

For the first 6 months, I was surprised to see I did the JADE thing to MYSELF a lot. I was justifying eating cookies, or not going to yoga so I could sleep longer, or leaving work early.

Following my “No JADE” resolution, I stopped justifying and arguing with myself.

Interestingly, soon after I noticed other people stopped trying to get me to do it too.I had reclaimed a position of power.

I also found when I stopped justifying and arguing with myself, I had a lot less shame and guilty feelings. In other words, I simultaneously lost the need to “defend” myself TO MYSELF.

A quick point of clarity: I may still need to “educate” (offer a clarification or fact to an honest inquiry) or apologize (I find an apology is best served without JADE!) but justifying, explaining, arguing, or otherwise trying to get someone to “see the light” is no longer a job I keep applying for.

The freedom, energy, time, mental space, and POWER this simple practice can give you is astonishing and it may be my FAVORITE resolution yet :)

What is one thing you can STOP doing to reach your goal?

Another example: I wanted to spend less money, especially “Shopping.”

In the past, I resolved to “create and stick to a budget” (it didn’t work). I even tried creating rules like “I won’t buy coffee, only make it!” (also didn’t work)

I was hesitant to worry I’d miss out on a sale, but I’ve learned two things:

#1, I save so much not being on their lists (impulsive shopping is the devil) that it’s okay if I pay full price

#2 I still never pay full price because I always find a coupon code.

Here’s another rad example that’ll blow your mind.My friend Emily wanted to “eat healthier” (this was her 2018 resolution).

Emily considered using my meal planning App, but was hesitant because she wasn’t vegan/plant-based.

I didn’t argue with her ;) I kept listening instead.

She listed all the things she considered… meal delivery like Plated or Blue Apron (“They’re too expensive for me”) taking a cooking class (“I don’t really want to waste my weekend at school”), buying cookbooks (“It seems like even more work to do all that planning yourself. Shopping list? Ugh”) and so on.

I asked Emily what it was that she was eating now that’s NOT healthy.

“Everything,” she told me.

I didn’t believe that but… you know, I resolved not to argue ;)

Instead I said, “Okay Em, then what is the least healthy thing you eat regularly?”

Her answer was glazed doughnuts. She told me she didn’t eat them every day, but on the days she stopped for coffee, she bought one. (They’re smartly placed behind the cashiers so you can’t help but see them).

A million “solutions” ran through my head:

Except I knew Emily was already TRYING to do those things. I also knew from my own experiences that tacking MORE on wasn’t the solution. I wondered what Emily could “quit.”

Then it hit me. “What if you quit going into the coffee place? What if you just do the drive-through?”

Emily explained she had gone in because it was faster. She’d sit in the drive-through longer. I asked if she could “work” while waiting in her car and she said yes, she could do her emails or make some calls.

That was it. That was the solution. Emily stopped going into the place and guess what? She stopped eating so many doughnuts, which made her feel good about herself, and when you feel good about yourself, you tend to eat better and make better choices, and so on. Emily didn’t have to DO MORE, she just had to do 1 thing less.

Most of us are already too busy.

Asking more of yourself is HARD.

Success has to be possible.

Less has to be more.

With all of my private clients, this one sentence rings true the most:

Most of my clients thought they weren’t working hard enough or that in order to lose weight, they needed to be “perfect.”

It makes me so happy to show them the opposite is true.

That they don’t need to cook everything from scratch, obsessively read labels, count calories, hire a personal trainer, or stop watching Netflix. Those could be solutions, but most often they just need to stop doing a few things like drinking beer most nights or buying ice cream every week.

Sometimes they have to first investigate WHY they are doing those things before they can stop doing them.

For example, sometimes they need to find a new hobby like knitting or writing poems or building bird houses so that food and dieting isn’t their hobby. Almost all of them need to give themselves pleasure--taking baths, having alone time, being sweet to themselves, etc EVERY DAY so that they don’t turn to food for pleasure. (I talk more on this in the Feeding the Soul Without Food workshop if you want to learn more).

To close out this post I want to say that my elimination-resolutions stuck.

I’m not saying there weren’t slip-ups occasionally, but my “success” has been consistent and for YEARS. I’ve had zero success with other types of “goals” and “resolutions” where I’m tasking myself with more chores.

I suppose the one exception was when I resolved to read a book a week, although that was as a plan to STOP working so much (and that worked!) Another example of cutting the monster’s head off ;)

Bottom line: I always manage to accomplish my “goals” (lose weight, save money, get organized, enjoy life more) but NOT doing something.

WITHOUT adding anything else to my life or to-do list.
Plus it’s nice not to have the added pressure to do something else, or feel disappointed when I can’t do it.

What is one thing you can STOP doing to reach your goal?