Herbie of the Week: Paul! (After running a half marathon his undiagnosed psoriatic arthritis began to show)

Meet our Herbie of the Week: Paul!

In the best shape of his life, Paul was dealt devastating news, he had psoriatic arthritis, an auto immune disease. Sufferers have a reduced life expectancy and there is no cure, the treatment was chemo. Unacceptable to Paul, he was now on a quest to heal himself.

Here's Paul's story in her own words... 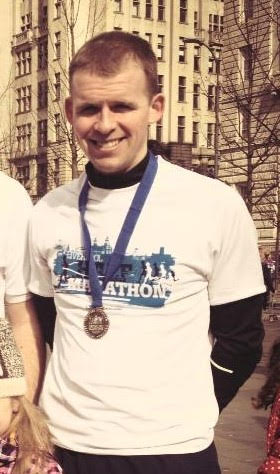 My health problems started in March 2013 at the age of 35, shortly after I had completed my second half marathon in as many years. In the days following the race, I had problems with a swollen toe joint. The podiatrist suspected a stress fracture although he didn’t take an x-ray to confirm this.

After resting for a couple of months, the problem seemed to clear up and I resumed exercise. However, in January 2014, the same problem appeared in two other toe joints on the same foot. My toes and the front section of my foot were quite badly swollen this time around. The podiatrist suspected another fracture but this seemed strange to me as I had only been doing moderate exercise and no long distance running.

Another couple of months of rest followed but then one morning I awoke to find my ankle quite badly swollen – there was considerable pain when I moved my foot and I couldn’t put any weight on it. It was as if I had a damaged my ankle ligaments – I had injured them enough times playing football (soccer) to recognise the symptoms – and yet my ankle had been fine when I had gone to bed the previous night. I decided to go and see my physiotherapist to get to the bottom of the joint problems I was experiencing.

During the exam, the physiotherapist asked whether I had any other health issues and I mentioned that I had a couple of small patches of psoriasis on my scalp. She told me that trauma was unlikely to have caused the joint problems and advised me to go to the doctors for a blood test as she thought that I might have an auto-immune disorder such as psoriatic arthritis.

Hearing the word ‘arthritis’ was a bit of a shock and I went home to research the condition on the internet – it made for some grim reading. I knew immediately that psoriatic arthritis was the condition I had as I was experiencing pretty much all of the symptoms. The prognosis was dire as well; as far as the traditional medical approach was concerned, the cause of the disorder is unknown and there is no cure! Sufferers of psoriatic arthritis have a reduced life expectancy and their chances of developing a serious illness are greatly increased. Treatments are harsh and would only help you to manage the symptoms. It was all pretty depressing and I was concerned about my future. Initially, it didn’t make any sense to me. I had always been fit and active, played lots of sports, and thought that I ate pretty healthily. Also, there was no history of autoimmune disorders in my family. Yet, here I was with this condition at a point in my life when I was probably the fittest I had ever been! 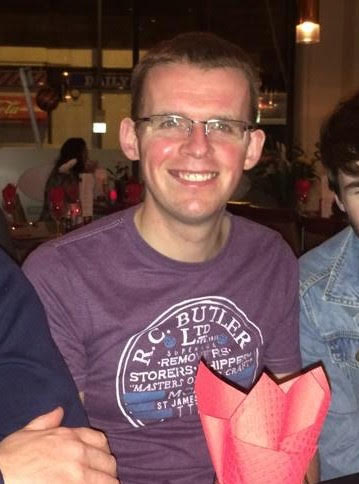 My condition also began to worsen. I started to experience pain in other joints such as my wrist, finger, jaw, breastbone and coccyx and I started to get patches of inflamed skin in other places as well, including my face.

I didn’t go to the doctor for an official diagnosis straight away as I knew that there was little they could do. However, I eventually decided to go and after a number of hospital tests, I received an official diagnosis of psoriatic arthritis……and sure enough, I was prescribed Methotrexate, a chemotherapy drug used in the treatment of various cancers, which has some vicious side effects.

It was disconcerting to think that I would have to live with this condition of the rest of my life, with the likelihood that my health would continue to deteriorate. However, the more I thought about it the more I realized that there had to be a cause. Humans have evolved over millions of years and the human body is pretty miraculous. When we suffer illness, the body works to heal itself. Yet, when you look around, we see a huge levels of chronic ill health whether it be cancer, heart disease or autoimmune disorders. Is this the best that Mother Nature could do? An obese, arthritic and diseased population – I didn’t believe that for a second! Organisms thrive when provided with the right environment and that was surely the case for the human race as well.

I therefore declined to take the prescribed Methotrexate and started to research natural cures to autoimmune disorders. There were lots of anecdotal stories that diet played a big part in such disorders, but there were plenty of contrasting viewpoints and if I had believed everything I read at that stage, then I would be eating solely raw vegetables!

Eventually, I came across Dr John McDougall. The sense of relief and excitement I felt when reading through his recommendations was immense. Here was a practicing doctor who had been treating people with chronic illnesses by simply changing their diet for over 30 years, with great success, and his approach was backed up by strong scientific evidence. Also, the diet he recommended was not a drastic change; I just had to exclude all animal products and free oils – here was a diet that felt logical and that I could get on board with! I had recently turned vegetarian anyway but from the 1st June 2014 I adopted a low fat, whole foods, plant-based diet. I bought his two books and also bought the Happy Herbivore cookbook and adapted my eating habits accordingly.

Gradually, my condition started to improve. The swelling in my ankle, foot and other joints started to subside, the patches of psoriasis started to reduce in size. In addition, other minor conditions like the athlete’s foot I had just disappeared. Improvements were incremental and were certainly not constant; I still had flares every now and then but the improvement I saw over months was undeniable. This was also consistent with the experiences of some of the ‘Star McDougallers’ featured on Dr McDougall’s website who had similar problems.

As at March 2016, the improvement I have seen since changing my diet has been nothing short of remarkable. Most of the joints I had problems with are now pain free, patches of psoriasis have completely disappeared whilst others have reduced significantly. I have some minor pain in my foot and my toe joints remain a little bit disfigured but my condition continues to improve, slowly but surely. I can now walk without pain and have started to exercise again. I feel that I have my body back and I have no doubt that I will cure myself completely over time!

I have found a plant-based diet easy to follow. I find the food I eat delicious and filling and I have been able to adapt most of my favorite recipes from my former life with ease! Eating out has proven to be a challenge however, although I probably need to be a little more assertive than I have been in the past! The one thing that did surprise me was the hostile reaction I have had from family and friends – most are unable to contemplate a life without consuming animal products and have been quite scathing in their criticism. However, as Dr McDougall says, people do not like hearing bad news about their bad habits.

I know from my own personal experience that the role that diet has on our health is huge. However, there are a whole host of other doctors who treat their patients with diet and they have seen similarly spectacular results to Dr McDougall. In addition, if the whole human race were to adopt a whole food, plant-based diet, we would slash our use of fresh water by up to 70%, reduce carbon emissions by around 20% and there would be enough food to feed the whole of the planet.

The benefits of a whole foods, plant-based diet is not up for debate – both the results that people like me have seen and the science speak for themselves.