Herbies of the Week: Cimbria & Keith (They've lost 73 pounds together, and Keith is no longer on statins!) 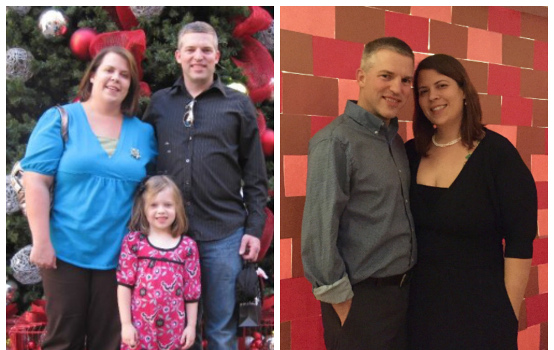 Meet our Herbies of the Week: Cimbria & Keith!

Keith gained weight and developed high cholesterol after his second Navy deployment. A doctor prescribed statins to help him, but had to discontinue them after developing joint problems.

During Keith's next deployment, Cimbria learned about the benefits of a plant-based diet, and decided her family was going to give it a try. They have now lost 73 pounds together since going plant-based.

Cimbria tells their story in her own words... 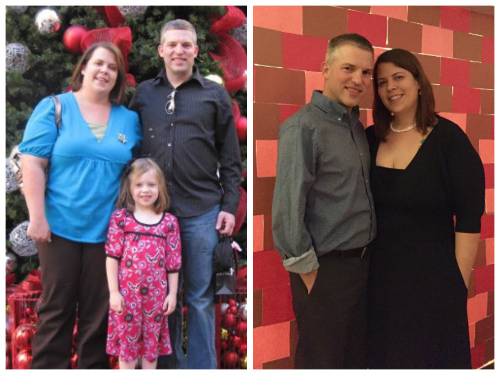 Around 2009, my husband had just gotten off of his second deployment on a US Naval Ship. They aren't necessarily known as having the healthiest options served onboard, and it certainly didn't help his health that he would have bacon-off contests and multiple desserts a day. He was scheduled for his annual checkup and his numbers came back high. He weighed about 20 lbs. more and his cholesterol was 260.

They put him on some statins but he didn't like how they made his joints feel so he discontinued the meds and he tried to lower it on his own. Well, with just the common knowledge available to the public, we made all the obvious changes. We ate less red meat, more white, lean meat, and more fiber rich foods. After a few years of this, there was still no significant change.

Around July of 2012 my friend told me about Forks Over Knives and The China Study. I watched the documentary and then ordered and read the book. It was shocking, and I was nervous to make the switch to a whole food plant based diet because it went against everything I had learned, but I felt convicted enough to make the change.

My husband was on deployment again and when he called, I said, "Guess what? We are going plant-based!" Well, he was a little more skeptical and hadn't done any of the reading or research so even though he trusted me, he had to get through the books himself.

Once he did, he was on board. I was still trying to figure out what meal plans looked like for this transition and having two girls, around 6 and 8 at the time, I wanted to make sure they were getting adequate nutrition also. I was simply trying to get as many colors on their plate as I could…and a lot of hummus. There is still a lot of hummus, lol! Researching meal plans, I came across Lindsay's Happy Herbivore page and meal plans.

I was so thrilled to have all of the meals planned out for me. It was like she was holding my hand the whole time. Well, it has been about 3.5 years and I am happy to report that my husband's cholesterol is now 161! He has also lost 26 lbs., and I have lost 47 lbs. We are still on our journey but I am excited to be where we are today and for the friends and family that have supported us along the way.

Thank you so much Cimbria and Keith for sharing your plant-based journey with us!