Herbie of the Week: Jeanne! (She lost 90 pounds and broke through her weight loss plateau!) 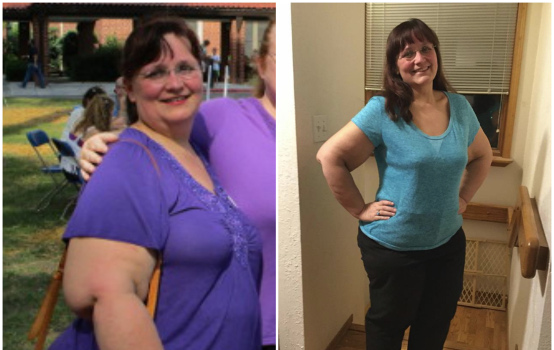 Meet our Herbie of the Week: Jeanne!

Jeanne has struggled with weight since her first pregnancy. She had temporary success with various diets, but could not keep the weight off long-term. She was at the point of considering bariatric surgery, and then she transitioned to a plant-based diet. Since then she has lost 90 pounds and broken through her weight loss plateau with the Meal Mentor meal plans!

Here's Jeanne's story in her own words... 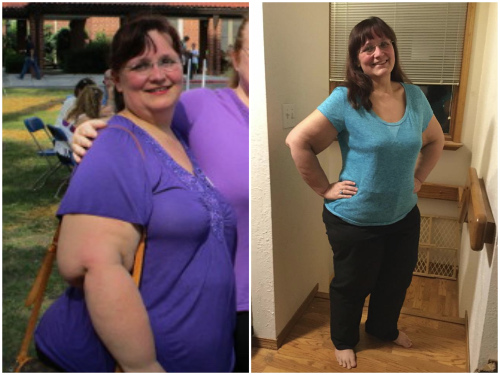 Like too many of us, I sometimes wish I were as "fat" as I was the first time I thought I was fat. I really was NOT back in high school, I just had a different shape body than I wanted. I was fairly active and in college was mostly vegetarian because it was cheaper. But when I started dating a dedicated carnivore, that pretty much stopped. Boyfriend turned into husband, and he was just uninterested in any dietary changes. By the time our son was born, I had gained 50 pounds. I did, at least, lose my baby weight very quickly, thanks to a very hungry baby.

Chasing a small child around, I managed to keep the rate of weight gain down a bit. Found my first McDougall book, Maximum Weight Loss, and gave it my best shot, but cooking separate meals for my husband just wasn't going to happen with a toddler, so that didn't last very long. When my daughter was born, I was another 30 pounds up, and was certain it could never get any worse. Over the years I had joined Weight Watchers, done various versions of low-carb diets, and occasionally tried again to follow McDougall. I even had various levels of success with each of them, for a time.

Eight years ago, my very, very frail mother-in-law moved in with us. I spent the following three years as her mostly full-time caregiver, and pretty much everything else in our lives screeched to a halt. I wouldn't have had her go anywhere else, but it did take quite a toll on my own health. When I finally started paying attention to myself again, nearly a full year after she passed, I weighed 321 pounds on my 5'4" body. I'm actually certain it got at least a bit worse than that, but I just didn't want to know, so didn't check. I was feeling completely hopeless and was considering bariatric surgery when I ran into a friend at my 30th high school reunion who gave me a kick in my very large behind, and a copy of the Forks Over Knives book. That was October 11, 2014, and it felt like I had finally, finally found a lifeboat after decades of near-drowning.

Within six months, I had lost 70 pounds from my highest known weight. I'm not sure what happened, but I really lost my focus for most of a year before getting serious again this past fall. I hadn't gained any back, but also hadn't lost any more. When what I call my Shrinkiversary came up last October, I got back on plan and lost another ten. My friend sent me the original Happy Herbivore cookbook, and through that, I found Meal Mentor. I bought an annual membership over New Year's weekend and have lost an additional ten pounds since then. I still have a long way to go, but at least I am confident I am finally on the right path. I am not 100% WFPB, and don't know if I even aspire to be. But this gives me the tools I need to keep the weight off, even when I have occasional dietary detours.

One final thought.... In just the last couple of weeks, I have discarded or donated a lot of saggy, baggy clothing, and suddenly EVERYONE is commenting on my progress. Not that much recent progress, but the clothes hid a lot of what I had lost. Clothes that fit just feel better. So I challenge you all to take a good, hard look at your clothes, and if they don't fit, find ones that do. I know how hard it is to keep up when your body is continually changing, but the effort is more than worthwhile.

Thank you so much Jeanne for sharing your plant-based journey with us!