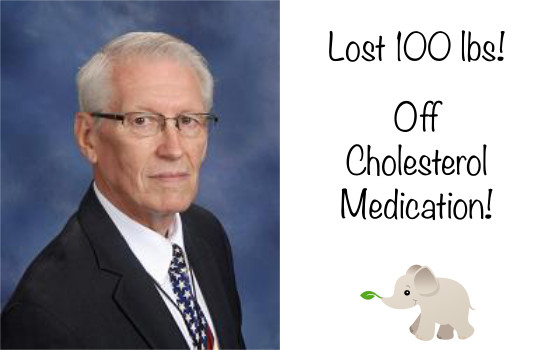 Meet our Herbie of the Week: Ted!

He was borderline diabetic and suffered from hypertension and high cholesterol. He no longer has to take prescriptions for these. 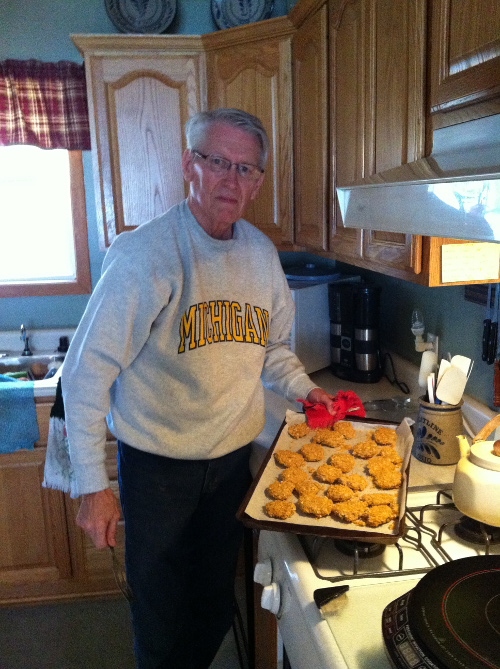 In mid-May of 2013 an acquaintance suggested that I watch the documentary Forks Over Knives. After watching it, I made the decision to start a plant-based lifestyle, including exercise and a walking program, starting June 01. At that time, I weighted close to 260 pounds and wore 42" pants. I was on cholesterol medication, was borderline diabetic, and my Dr. was seriously considering putting me on heart medication because of my high blood pressure. I purchased the Fork Over Knives cookbook, however, it wasn't long before I discovered the Everyday Happy Herbivore cookbook, now I have all of them and subscribe to the weekly menu program. By July 2014, I weighed 160 pounds and had a 30" waist. I was off my cholesterol medication, no problem with diabetes, and my Dr. is always impressed with my blood pressure. As of today, I still weigh 160 pounds and my waist is still 30". In my picture, I am holding a modified "Chickpea Tenders" meal, from page 182 EHH. When I talk with people about being Plant-Based, I emphasize that for me it is not a diet but a committed lifestyle. I will be 72 years old in November. I am a retired/rehired pastor of a small church. It is my goal to retire a second time from the ministry at the age of 85 and then go into my retirement years. 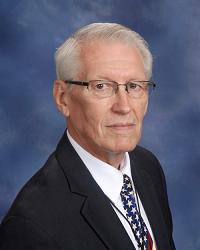 HH: What about the Forks Over Knives documentary made you want to go plant-based? Was there any part in particular that really inspired you to do so?

HH: What was it like transitioning to a plant-based diet? Did you find it easy? Was it hard to give anything up?

The transition was pretty easy, I purchased Jeff Novick's videos on Fast Food volumes 1 & 2 and the Fork over Knives cookbook. I went on Amazon and did my research on Cookbooks. The biggest thing was the initial cost of purchasing the basic supplies to set up my kitchen. I wish that I would have had Lindsay's material on what I needed I would have been able to save some money and not purchase some of the products that I have found I did not really need.

HH: Did you find it easy?

Actually I did. I guess because I stated to see results, and it was fun getting back in the kitchen.

HH: Was it hard to give anything up?

I am sure there were things I craved like cheese, ice cream, eggs, before bed snacks like chips - but I soon found substitutes and now do not miss them.

HH: What did your family and friends think about your new lifestyle change? Were they supportive?

My family was very supportive. Our adult daughter also started the program. She did very well for a year or so but is now semi-plant based. My wife was very supportive but does not like veggies so she has continued her eating pattern. Three of our children who live back east have embraced much of the program. The hardest part was outside the family. At the time I started I had retired from the ministry and then was rehired (it was done because of changes that were going to be made in retirement and health policies and it would work out better for me to retire but I did not want to leave the ministry, so I was rehired by a smaller church) We live in Oklahoma which is a beef state and a number of my members raise cattle. As you are probably aware church's main gathering is around food. In the beginning they found it strange but when they saw the results and time has passed nothing is ever said. In fact, there are ladies who make special plant-based dishes for me to eat and there are always veggies and fruits.

HH: Any advice you would give others who are looking to switch to a plant-based diet?

Be tolerant of other people and do not get into arguments. We had something similar when we first started to home school our daughter 35 years ago (home schooling was pretty new then) There were a lot of people and family who held critical views. We never argued with them just did our own thing and left them see the results. Many of those critics have members of their family being home schooled today. I believe it is the same way with the plant-based lifestyle. It is new and there is more negatives being said than positives, however, I believe people will come around to understand that those who are making the most negative comments are those who have the most to lose if people start to eat healthy. I direct people to the Forks over Knives video and if I see they are willing to make a commitment I send them several of Lindsay's cookbooks.

Thank you so much Ted for sharing your plant-based journey with us!