Herbie of the Week: Heidi 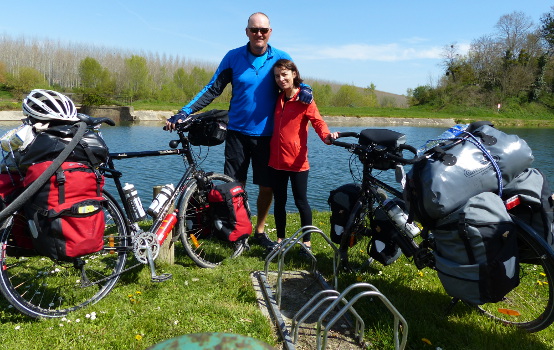 Meet our Herbie of the Week: Heidi! (She has cycled over 4,350 miles across Europe fueled by plants!)

She set out on an incredible cycling adventure only 5 months after going plant-based.

Read her story about making it work on the road in Europe... 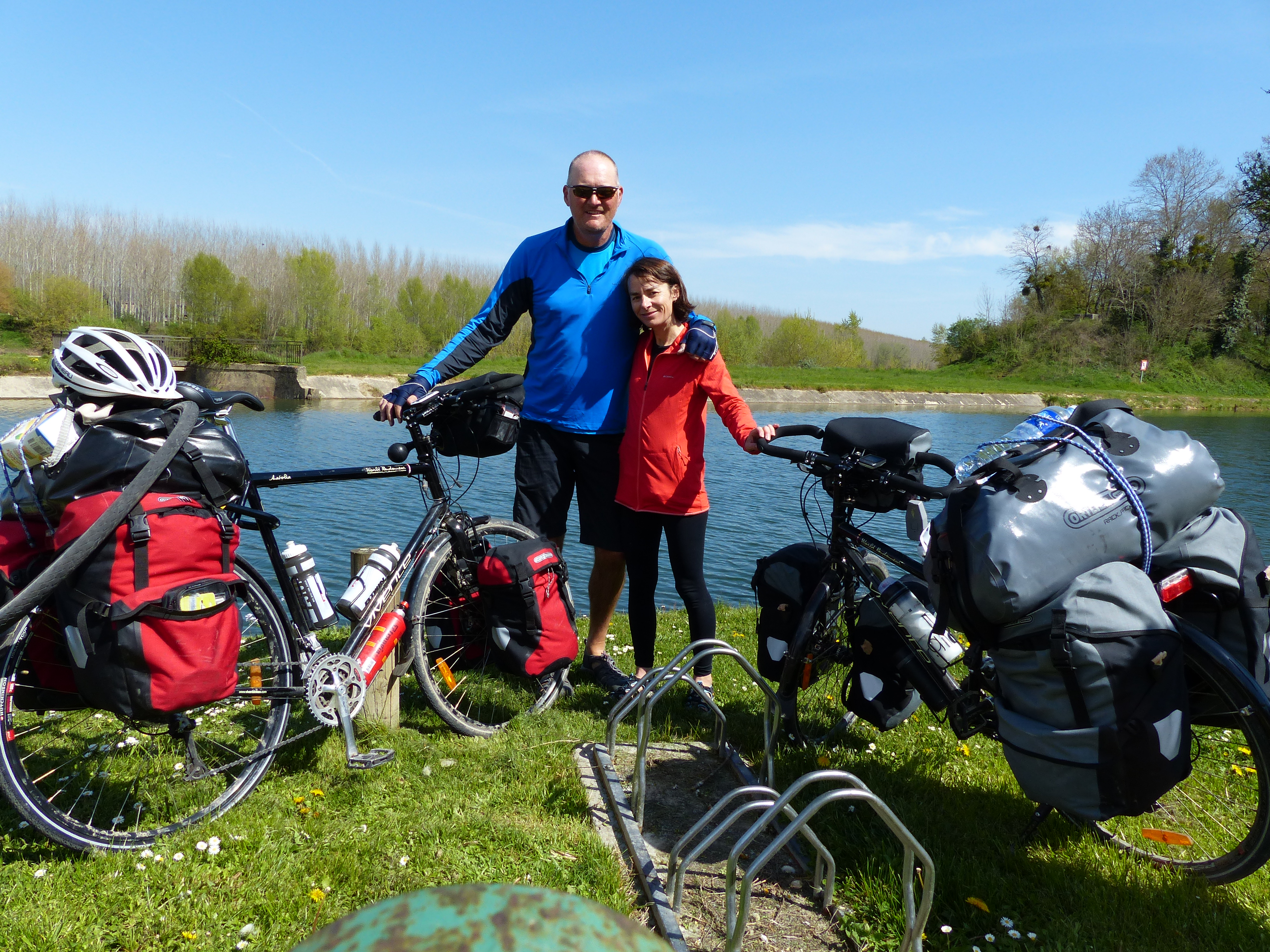 I had wanted to eat a plant-based diet for many years and after being vegetarian for 25 years, I had a few false starts and attempts at going all out plant-based, before I finally succeeded in totally eliminating animal products. I’ve never been technically overweight and have been a runner for a few years, but I always felt “rounder” than I needed to be and couldn’t shift those pesky bulges and wobbly bits that plagued me! After going plant based, I discovered Meal Mentor. Meal Mentor has been the best thing for me to transition to a plant-based diet and the recipes and meal plans have not only helped me with the convenience of food decisions, but have taught me so much about what to eat to get the nutrients and calories I need and I managed to drop a few pounds too! So, going plant-based took some time and a few attempts, but in September 2014, the day after finishing my third marathon, I just made the decision and did it and have never looked back. Then, a mere five months later, while I was still learning about plant-based eating and figuring things out with plant-based meals, my husband Steve, and I embarked on an adventure.

In 2015 we completed a year long cycling tour around Europe and the UK, having never done a cycle tour before, or doing any training or long distance cycling before we left, we just set off on an epic travel adventure without any guides or help…just ourselves and the open road! The previous year Steve had a health scare, from which he recovered from, but it was a wake-up call, so we decided, having reached our mid-forties, we wanted to break out of our daily work lives for a while and live life to the fullest. We left home in Australia in February 2015, landing in Lisbon, Portugal and for the next eleven months cycled through Portugal, Spain, France, the UK, the Netherlands, Belgium and Italy. We cycled an average of 50-60 km each day (31 - 37 miles), some days we rode over 80km (over 50 miles) and by the end of the trip, in January this year, we’d cycled over 7000km (4,350 miles). Some of that was nice flat riding, such as in The Netherlands, but most of it was climbing many, many hills, with some days just constant climbing. I was carrying a 30 kg (66 lbs.) load on my bike in my panniers and we often cycled up hills, into gale force winds, and in rain, and at the end of each day we would pitch our tent and camp (something else I hadn’t done before!). It was wonderful, amazing, and all done on a plant-based diet. 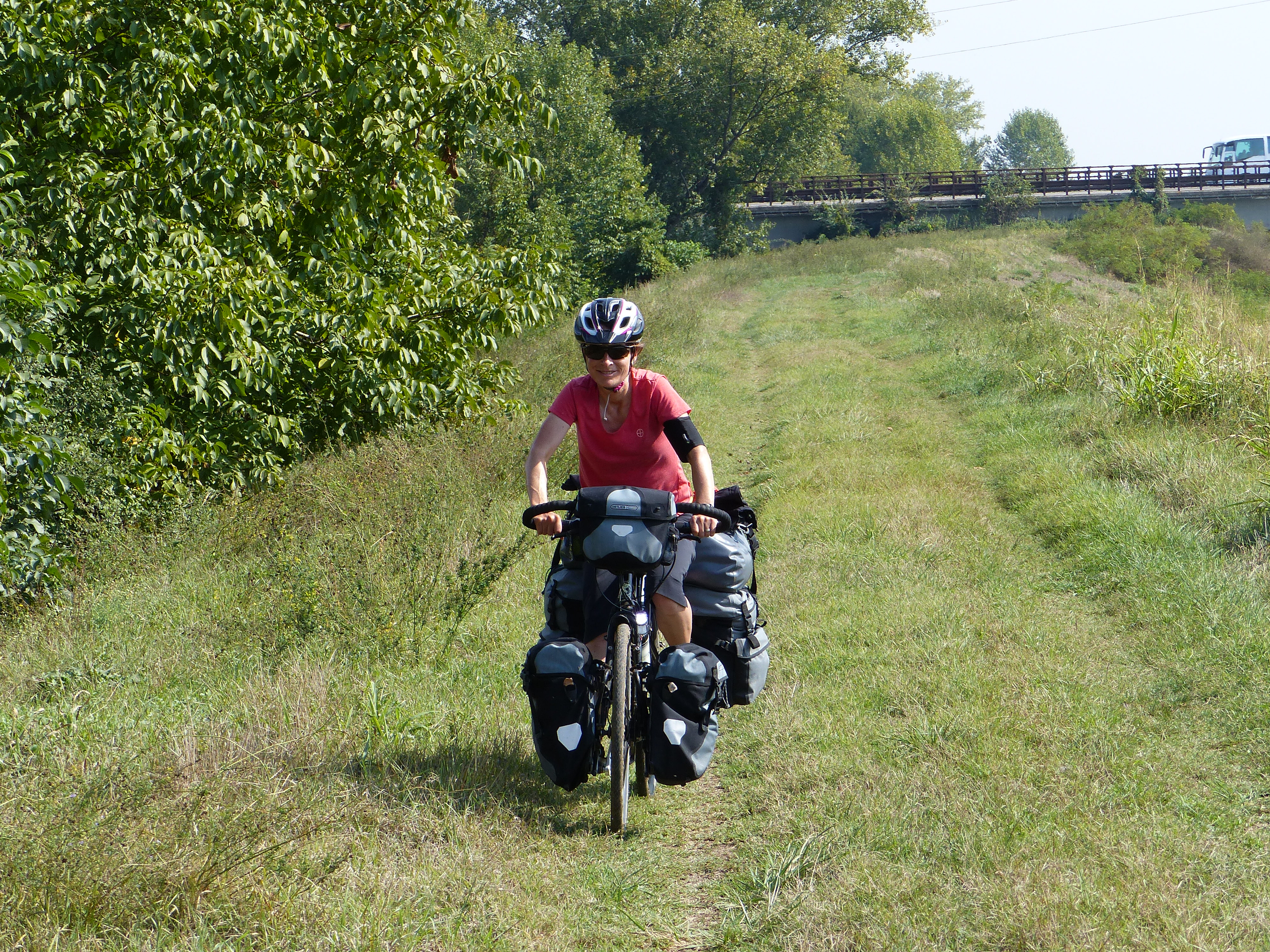 I was anxious to begin with, wondering how I would go in new countries, finding plant based food, with a language barrier too. How would I ask questions? How would I find out what I was eating? I didn't have any problems though, because there was always a supermarket and I always found rice and some sort of bean or legume, fruits and vegetables, and salad; so food just wasn’t a problem. I cycled every day totally plant based, managing to find or cook food on the road every day. Every morning I would have a bowl of overnight oats, then I would pack some raw veggies and fruit and rice cakes to eat through the day, then each night I would eat a big salad with beans or veggies and rice, or I’d make a soup with some vegetables and tinned tomatoes. I had some creative meals sometimes, but I never went hungry! I also tried to keep running, so as well as riding every day, I’d fit in some runs as often as I could and even entered some races in different countries, winning two of them as the first woman finished, which has NEVER happened before! All plant-powered!

One of the interesting things that happened on the trip was the change to Steve’s diet. He started as an omni who loved his meat, but the way we were traveling on our bikes, forced some changes to the way he ate. We couldn’t refrigerate anything, so he switched from dairy to plant-based milk. Straight away he said he felt so much better. All the GI problems he’d experienced for years stopped and the only time he experienced them again was when we ate out and he ate cheese or milk again and felt sick afterwards, at which time he usually said, “Never again! No dairy!” Then, he started eating less meat and then…he stopped all together. For the last few months of the trip, he was eating totally plant-based and since we’ve been back home, he’s continued to eat plant-based. He’s lost 12 kg (26 lbs.) and feels so much better and healthier.

The Happy Herbivore Vegan In Europe ebook was well used during our touring, and before each country or city we’d visit, I would read the section from the book and we’d learn some words and phrases that would help us with food selection. It’s was a fantastic resource!

So that’s my story. I was vegetarian for 25 years, then switched to plant-based and five months later, set off on a European cycle tour for a year. I managed to stay 100% plant-based for the whole trip, didn’t have any problems finding food on the road and powering along on the bike each day, with the power of plants! I still loved receiving my Meal Plans in my inbox each week and while I couldn’t cook many of the recipes, because I couldn’t carry the ingredients, I was still inspired by the recipes and adapted many of them, or they gave me ideas for using the food I was able to find and get creative with one pot and a small camp stove!

I like to think that what we did, cycling over 7000 km through seven countries, shows that a plant-based way of eating isn’t hard, it can be done with minimal ingredients or when certain foods are unavailable. It can still give us all the fuel we need for an active life and there are really no barriers to eating this way, even when on the road and traveling and even if that form of traveling means limited supplies. I kept a daily blog during our trip (runrideroam.com) and people would sometimes comment on how we were managing with food or how healthy or trim Steve looked, compared to when we left. Some members of Steve’s family were worried when he said he had changed to a plant-based diet, thinking he wouldn’t get the nutrients he needed for his big 6’5’’ body, but his health and energy soon spoke for themselves. Since we’ve been home and he’s continued to eat plant-based, his family has been very supportive and provided plant-based choices at family gatherings or ask questions about food choices when they cook for us, which has been wonderful. My family and friends have always been supportive and knowing me as a vegetarian for so many years, going totally plant-based was something they accepted as an almost natural next step for me. Something I’ve loved since we’ve been home, is getting back to following the Meal Plans and cooking for two, rather than just myself, so Steve and I can now share the meals together. 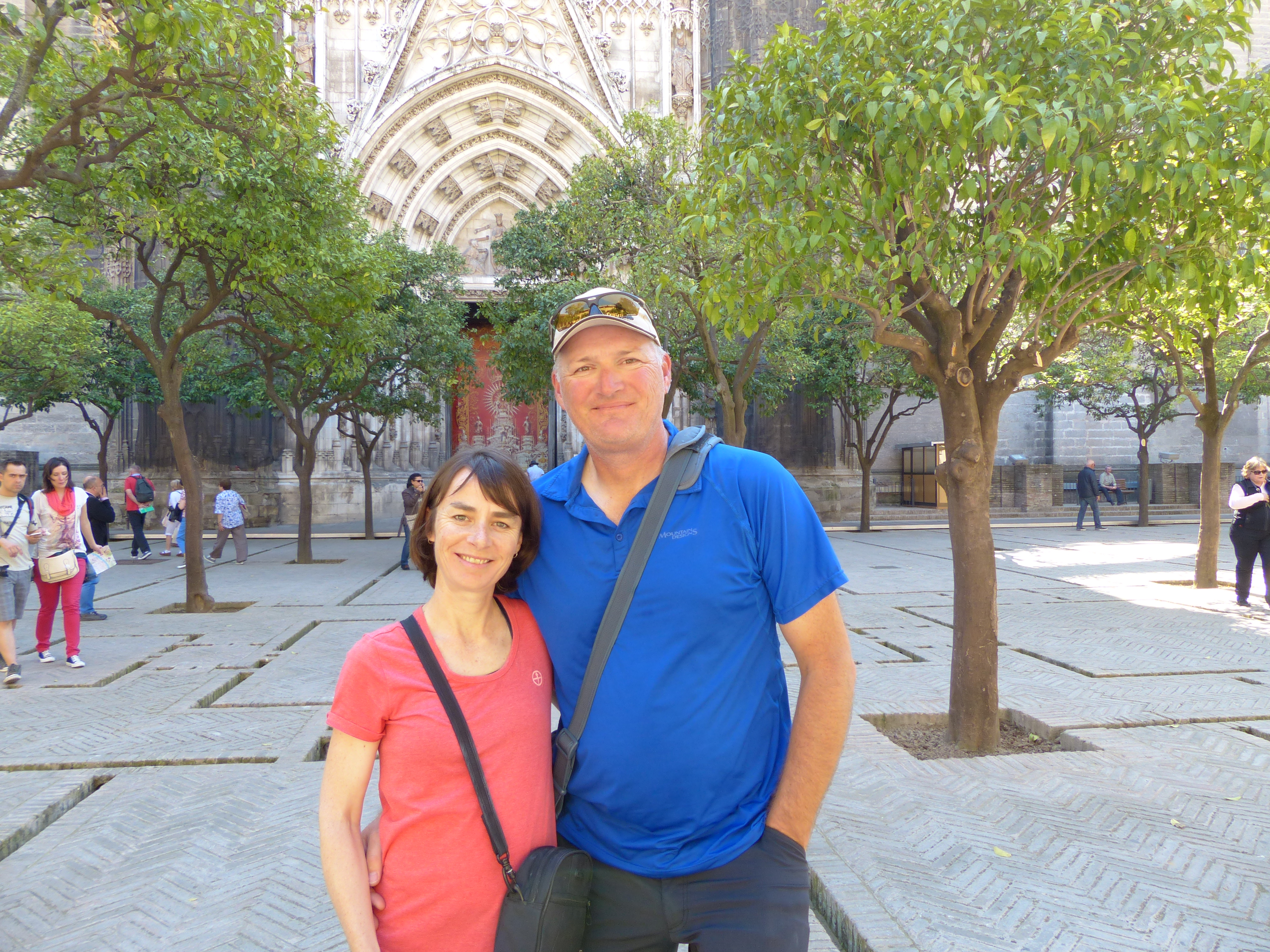 So, whether we are living our daily home life, traveling, or even cycle touring, a plant-based diet is easy, achievable, and gives us all the fuel and nutrition we need. There are good food choices everywhere and traveling needn’t be a challenge or a barrier to maintaining a plant-based diet. We also found if we had questions or couldn’t find things, the world is full of wonderful, kind, welcoming, generous people always willing to help. For others who travel, my advice would be to always look for a supermarket or grocery store before looking for a restaurant, cafe, or deli. If we find a grocery store, however big or small, we will generally find fruits and vegetables, tinned beans, and food we can use to make a healthy meal. When we buy food and prepare it ourselves, we keep control and we don’t have to worry about the ingredients or cooking methods when we eat out. My favorite easy travel foods that I packed for a day of riding became cherry tomatoes, carrots, red peppers, grapes, a tin of potatoes or baked beans, and rice cakes. Simple, portable and nutritious.

Travel can be an amazing adventure, full of wonderful opportunities to discover and learn and we can do it plant-based!

Thank you so much Heidi for sharing your plant-based journey with us!