Herbie of the Week: Slim (He's Off 6 Medications, Lowered His Cholesterol & Reversed His T2 Diabetes!) 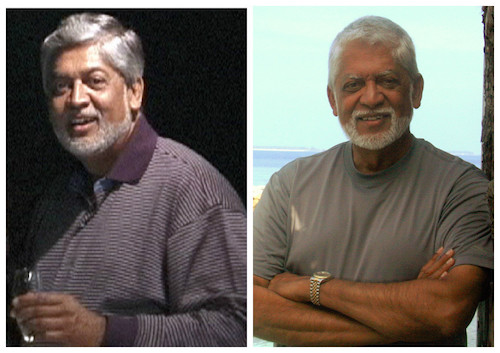 Meet our Herbie of the Week: Slim!

By the time Slim was 56 years old, he was on 7 medications, had high cholesterol, hypertension, AND Type 2 diabetes. Over the years he also tried multiple fad diets to lose weight, but none of them proved successful (or sustainable).

Fast forward to 2011, he and his girlfriend watched "Forks Over Knives" and immediately adopted a planted-based diet after seeing the success stories -- and he hasn't looked back since!

Today, just one day shy of turning 72, Slim is off SIX of his medications, lowered his cholesterol AND reversed his T2 diabetes by following a plant-based diet.

Here's Slim's story in his own words!

I was 22 when I left India to go to Germany for a management training program. Until then, I'd been a strict vegetarian. In Europe, almost by default, I started eating meat, fish and dairy - and that's when my problems began. I was plagued by skin problems and constipation. My energy levels were almost always low. I had no clue at the time what was causing these and other symptoms.

During my business years, I had to travel extensively – most of it international. I was in a stressful job in the finance world and led a pretty sedentary life. Not much exercise to speak of. Eating rich fatty meat and fish centric meals became a daily way of life. I ate fried eggs and bacon almost every day for breakfast. I was also a sugar and dessert addict given to mood swings. When I was upset or depressed, it was not uncommon for me to down a quart of ice cream in one setting. I loved food and it tasted terrific at the time but I was clueless as to the long-term damage I was doing to my body and my health.

In early 2000, my late wife was diagnosed with cancer and died in 2005. She was German and had been on an animal protein based diet all her life.

Fast forward to the end of 2010 … I had tried various diets to lose weight - Atkins, South Beach, Fat Flush Plan, etc. - none of them had sustainable results. I was still weighing around 198 lbs. and none of my health issues had been resolved. I was also having severe side effect issues from the meds I was taking. My GP at the time was not a big fan of life style changes and wanted me to stay on the meds in spite of the side effects.

In 2011, my girlfriend (now wife) Penelope and I watched "Forks Over Knives" in the theaters. We were blown away by the key messages of the film and the success stories. I have watched the movie over a dozen times since. Dr. Caldwell Esselstyn's book "Prevent and Reverse Heart Disease" and Dr. John McDougall's book "The Starch Solution" became my bibles. I also loved Rip Esselstyn's book "My Beef with Meat" which appealed to me as a man! I watched YouTube videos of talks by Dr. Esselstyn, Dr. McDougall, Dr. T. Colin Campbell, Dr. Neil Barnard and others.

After watching FOK, we adopted a whole foods plant-based way of eating. We gave up meat, fish, dairy, sweets and processed foods. Over time, preparing our meals to accommodate these shifts became easier and easier. I had never cooked in my life and it was actually fun learning to prepare my own delicious dishes! We have all of The Happy Herbivore books and love making yummy meals from them.

In early 2014, we kicked it up a notch and gave up oils and fats with a few exceptions - ground flax seed and chia seed in my oatmeal and the occasional avocado slice and handful of walnuts. I was delighted when Dr. Esselstyn actually returned my call into his office to give me personal advice. 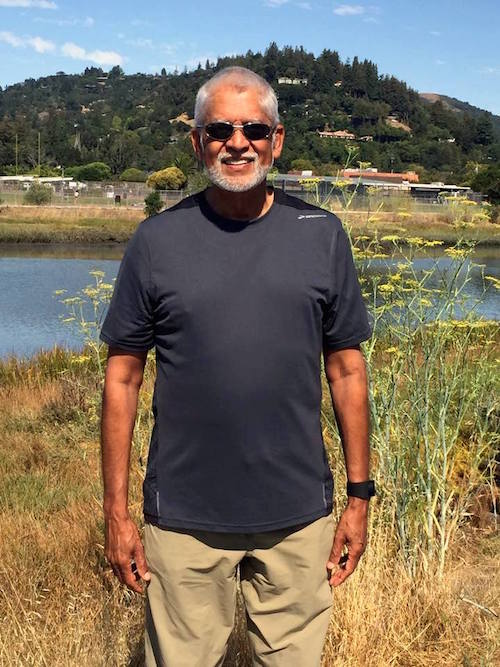 Today, I weigh in at around 160 lbs., am off all my meds except for one (hypothyroidism), my cholesterol is at 140, my LDL in the 50s. My blood sugar and BP are normal and my CRP is insanely low at 0.28 - which means that I have practically no inflammation in my body. I also have no signs of joint pain or arthritis anymore. My snoring has diminished and I sleep really well. My energy levels and my mental acuity are high.

I had given up my sedentary lifestyle after being widowed. Today, at 71, I run and hike regularly, workout at the gym three times a week, and do yoga and Pilates a couple of times a week too. This is the fittest that I have been in my life!

In 2014, I became a plant-based nutritionist with a certification from the T. Colin Campbell Center for Nutritional Studies and my goal is to help others achieve what I have been able to.

I am convinced that this lifestyle change was the best thing that I could have done for myself and my health. My daughter and her family have also adopted many of the principles of a whole foods plant-based way of eating.

Thank you so much Slim for sharing your story with us!