Herbie of the Week: Elden (A Plant-Based Diet Gave Him a Non-Surgical Solution to a Partially Blocked Coronary Artery!) 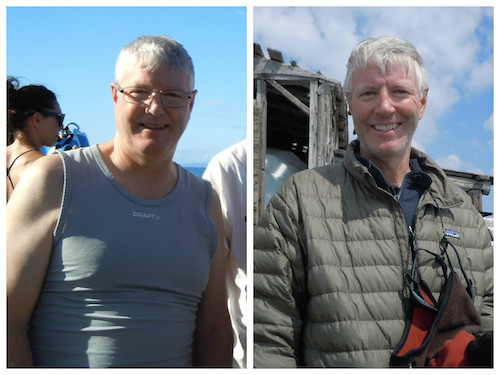 Meet our Herbie of the Week: Elden!

Earlier this year I received the following email from Elden:

"Last summer I was diagnosed with a partial blocked artery, inoperable due to a stent placed in 2004. I adopted a completely oil free, Dr. Esselstyn diet, and your cookbooks became key to my success.

In the past 10 months I've lost 40 pounds (I was training for the Seattle to Portland bike ride, so I was in what I thought was good shape last July). More significant, I just climbed/skied Mt. Blanc in the Alps and felt no heart issues."

I was BLOWN AWAY by his story and I'm THRILLED to have him as part of the Herbie of the Week series!

Here's Elden's story in his own words...

I never thought I would ever eat a plant-based diet and love it. Eating a whole food, plant-based diet has given me a non-surgical solution to a partially blocked coronary artery and allowed me to pursue the active outdoor lifestyle and activities that I love.

I’ve always loved bicycling and mountain climbing but had also eaten a standard American diet all my life and had the high cholesterol levels that went with it, as high as 250. My weight would bounce 25 lbs or more between winter and my more active summers. In my late 20s I married my beautiful wife Vicki and began raising three wonderful children. It seemed that after each child I was the one that added 10lbs! My chemical engineering job at Boeing was also committing and required long hours.

By age 44 I reached 225lbs and I had the scare of my life. A stress test diagnosed a blocked coronary artery and I had emergency surgery to insert two stents. I had denied my symptoms and rationalized that I was extremely out of shape. Fortunately there was no heart damage and I was given a second chance, along with a high level of statins. I returned to steady exercise, dropped to 180 pounds, but with minimal change in diet. The weight swings began again, slow but sure despite my willpower. 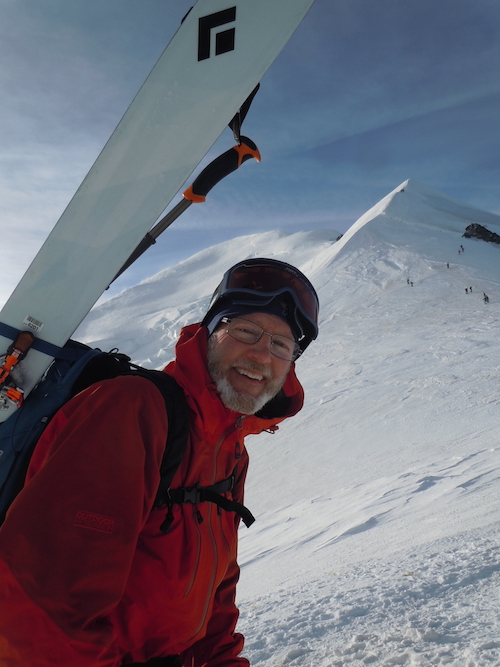 Flash forward 10 years and I’m training for a 200 mile bike ride. There is a twinge in my chest (angina). Instead of denial I went straight to the cardiologist for the traditional surgical approach. A partially blocked secondary artery was found, but one of the stents interfered with reopening the artery. I had an inoperable blockage. It was immediately after this event that a friend introduced us to “Prevent and Reverse Heart Disease” by Dr. Esselstyn. Within days we read the book cover to cover and committed to immediately eating a plant-based diet. In some ways it was like jumping into an empty swimming pool and I can only describe the first couple of weeks as horrible – we didn’t know what we were doing! Fortunately one of the first resources I found was the Happy Herbivore, and I bought a couple of Lindsay’s books (I do all the cooking in our home).

A month into the program the miracle of the whole food plant-based diet, described by so many other Herbies, became our story. We ate all we wanted in the program, the pounds fell away, and my energy level increased. I came to love Indian dishes like the Red Lentil Dal, and treats like the Chocolate Mug Cake. The Portobello Pot Roast (from Happy Herbivore Holidays & Gatherings) saved the holidays for us. 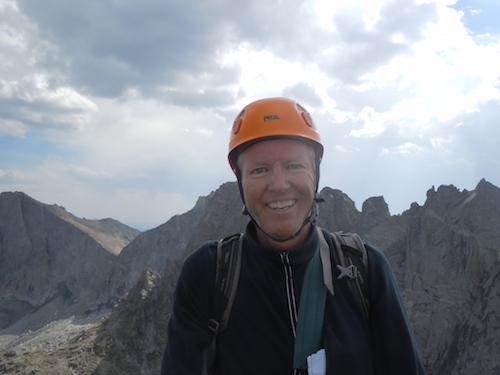 Ten months after my ex-cardiologist told me to “take it easy, and I can’t recommend long distance bike rides” I’ve returned to the recreation I love of snowshoeing, skiing, climbing and cycling. I fulfilled a dream in May by climbing to the summit of the highest mountain in the alps, Mt. Blanc, at 15,770 feet, with no heart “twinges” at all. And I did it on skis! In July I completed the 200 mile Seattle to Portland bike ride with no heart issues. My weight dropped to 165lbs, a 40lb drop from last summer, and I feel terrific. Thanks to a plant-based diet, I have a better life than I could ever imagine.

For anyone feeling the same symptoms, you don’t have to be a climber or intense athlete to benefit from the plant-based way of life. Don’t trust your doctor to know much about nutrition as a path to health – do your own research! I still take statins, but have declined the suggestion to eat fish for my health. Thank You Happy Herbivore!

Thank you so much Elden for sharing your inspiring story with us!