What the Military Taught Me About Getting Picky Eaters to Eat Healthy (and is it Easier to be a Mom in France?) 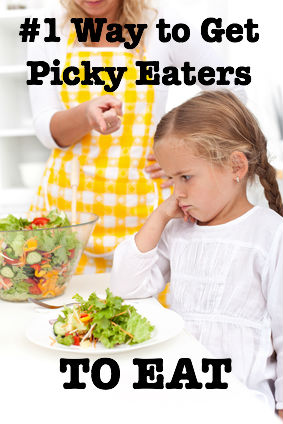 As you may know, my husband went to a military college.

What you may not know is that I worked at that same military college one summer, when the barracks housed a mix of boys and girls ages 10-15.

(If you’re wondering, Scott and I were ships passing in the night—we met years later).

Since I was a “camp counselor,” I had to report a week before the kids arrived for training, cutting all my hair off, getting my uniform, yada yada.

Food at the mess hall was unappetizing to say the least.

I furrowed my brow, contorted my face in all kinds of ways, sniffed a bite, and put it down.

“How are you eating THAT?” I asked the guys around me (fellow counselors who attended as cadets during the school year).

A senior officer said to me, “You’ll get hungry, and you’ll eat.”

A week later, I found myself saying the exact same thing to my campers as I ate my dinner and they (grossed out) asked ME how I could stomach it. 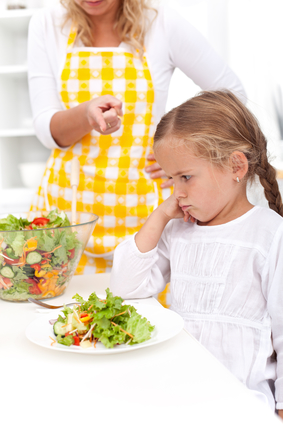 I lasted about three days on canned peaches and bread…

and by the END of camp?

I thought the food was “pretty good.” (I’d even favored a few of the dishes!)

(Scott confirmed he had the same experience at the start of every school year).

I was reminded of this experience when a friend shared this article, “Do Kids Need to Snack? What the French Know That We Don’t”

“Americans try to prevent hunger. The French cultivate it.”

If I was even the littlest bit hungry, I would worry and go look for a snack, choosing whatever was convenient or instant (aka not a good choice).

When I stopped snacking, I realized it’s OKAY to be hungry—it’s even beneficial.

I enjoyed my meals more!

Most importantly, I learned even if I AM hungry, I CAN wait.

But one thing that really stuck out to me was how commercials in America often talk about how hard moms have it—what a challenge it is to be a mother AND get your children to eat healthy foods.

I didn’t see commercials like that in France, and I wondered if it was part of the French culture and their differing ideas about food, eating, and hunger (Hmm….).

Stopping the snacking might be a very real, very easy solution.

(There’s also a plethora of scientific evidence now saying LESS is more—not to have “6 small meals a day” because it doesn’t stoke the metabolic flames). 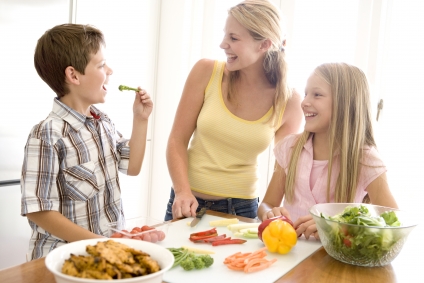 One more anecdotal note: Thanks to the meal plans, we always have a slew of healthy, home-cooked options at the ready.

But on our first night camping, however, I hadn’t yet had the chance to batch cook anything, so I steamed a squash and served it plain with an apple and a few carrots.

My husband, who is used to eating very flavorful food and having some kind of choice at his meal times, fought me hard. “This is so boring,” he said and “this is so plain,” and I didn’t disagree…but it was the fastest option.

Scott poured some hot sauce on his plate, but he didn’t eat half of it.

I said something like, “We are camping. You can’t be picky. You’re going to have to eat whatever I make and accept it won’t be as complex as at home. Some meals may just be potatoes and beans. We are camping!”

But I knew the truth: When we came home hungry after hiking all day long, anything was going to sound good and “hit the spot”…and it did.

I watched my husband plow through that same squash the very next day—not even putting salt or hot sauce on it first. (A 12-miler will do that!)

It’s true that it takes a while for your tastes to change, if you keep eating salt, sugar, oil, fat, processed blah blah, the cycle will restart…BUT if you’re hungry…you will eat.

Picky eaters need to be hungry.