Herbie of the Week: Lauren S (She No Longer Suffers From IBS, PCOS or Acne!) 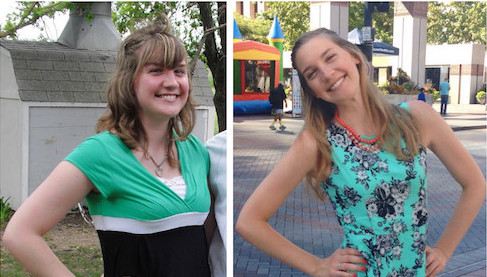 Meet our Herbie of the Week: Lauren S!

Back in August I asked the Twitter-verse if adopting a plant-based diet has improved their life and Lauren was one of the many Herbies who responded!

I immediately asked Lauren to email me so I could share her story and I'm so glad she did!

As she mentioned in her tweet, after going plant-based almost 2 years ago, Lauren's been able to maintain her 30lb weight-loss and she no longer suffers from IBS, PCOS or acne!

Here's Lauren's story in her own words... 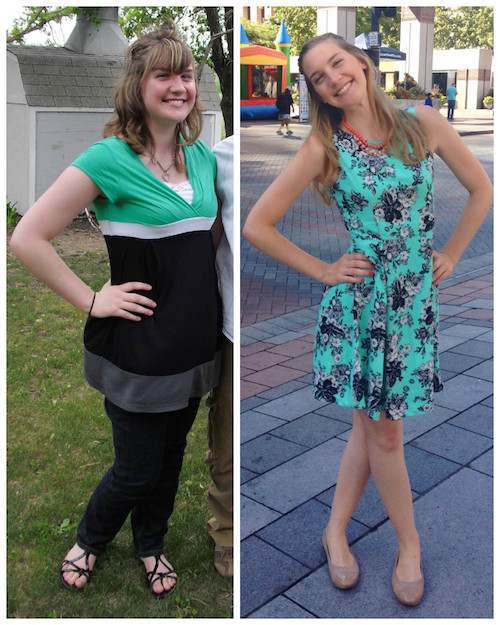 My journey to becoming plant-based began in 2003, when I was in 8th grade. I was not vegan, nor was I remotely health-conscious. I was your typical soda-guzzling, chips-munching, brownie-loving middle schooler. But then I was diagnosed with IBS. Although this is considered mild and manageable in the spectrum of lifelong health conditions, the news devastated me. I had to forgo—or at least limit—the alluring junk food all my friends were scarfing down.

However, I never fully committed to improving my health. Since I couldn’t have caffeine, I simply switched to caffeine-free sodas. Since sugar made me sick, I ate ONE brownie instead of five. Dairy treated me miserably, but I couldn’t pass up my mom’s exceptional lasagna. I dealt with discomfort on a regular basis—often after every meal! More than once, I skipped eating for the entire day because I developed an intense fear of food and its effects on my sensitive digestive system.

In addition to my IBS symptoms, I struggled with acne throughout my teen years and into college. Although this is considered “normal” by most Americans, I witnessed my mother deal with adult acne and worried that I was destined for the same path. My acne was omnipresent; I spent a significant chunk of each morning covering those embarrassing red mountains with heavy duty concealer, and large whiteheads splattered my back and shoulders. We forked over unreasonable amounts of money on potent skincare regimes, but I never saw improvement.

Toward the end of my senior year of high school, I started gaining weight. It wasn’t an alarming amount, so I barely noticed at the time. However, when college started, I gained 20lbs in the first few months! With easy access to the regular campus indulgences, I heedlessly consumed chicken strips and french fries several times a week, devoured piles of alfredo pasta, and made excellent use of the waffle machine in the mornings.

The stress of the sudden weight gain prompted several serious consequences, the first being my self-esteem. Having been thin my whole life, I felt like a stranger in my own body. Additionally, my acne was worse than ever, my energy was low, and my IBS symptoms disrupted my personal and academic life daily, sometimes forcing me to miss important notes or engaging class discussions.

A new problem developed at the end of my freshman year. I was experiencing oligomenorrhea—meaning I experienced no menstrual periods for several months. An ultrasound revealed I had cysts on my ovaries, meaning I likely had developed Polycystic Ovarian Syndrome (PCOS). As my lack of menstruation continued (eventually reaching a full year), doctors continued recommending the pill. Not one doctor discussed my diet.

My IBS symptoms were becoming so severe—and my confidence so low—that I found the motivation to make some changes on my own. My debut into the foreign world of nutrition was not meatless, but “whole foods.” I religiously followed leaders like Michael Pollan, Mark Bittman, and Jamie Oliver as they preached home-cooked meals with whole, “clean” ingredients. As I finished my sophomore year of college and moved into an apartment with my own kitchen, I spent every evening practicing and making meals from scratch. Although these leaders do not completely denounce meat, their advocacy of fresh and healthy food naturally led me in a meatless direction. 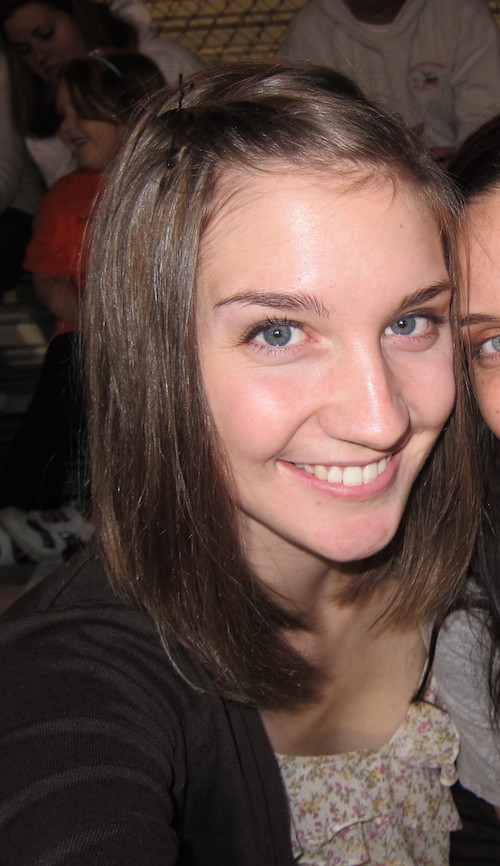 I definitely could not afford to buy the grass-fed beef that Pollan lauded, so I simply cooked without meat, turning to beans and veggies instead. When I noticed the difference in my weight, energy, skin, and wallet (who said vegan is expensive???), I committed. For two years, I ate a vegetarian diet, only eating dairy and eggs when at restaurants, but not keeping them in the house. With no meat, virtually no dairy, and only an occasional egg or two, I lost the 20lbs I had gained in college, plus the extra 10lbs that I acquired in high school. My skin glowed like never before, and I rarely wasted time in the morning covering embarrassing acne.

In October of 2013, shortly after watching “Forks Over Knives,” I went full herbie. It was not a challenge for me. I had been cooking vegan dishes at home for years, and I lived in New York City, home to endless vegan-friendly restaurants. When I do “lapse” and indulge in a few Oreos, I immediately notice the temporary glitch in my digestion and skin quality, which motivates me to stick to plants.

What I find most notable about my experience is that I not only lost the weight, but have effortlessly maintained the weight loss on my plant-based lifestyle. After a year of being fully plant-based, my menstruation returned naturally—no pill necessary. My recent blood work boasts ideal levels of calcium, protein, iron, and everything else. And those IBS symptoms? They’re virtually nonexistent. (And if I could give up my espresso addiction, they might disappear entirely!)

Thank you Lauren for sharing your story with us!