A Vegan Taste of Houston 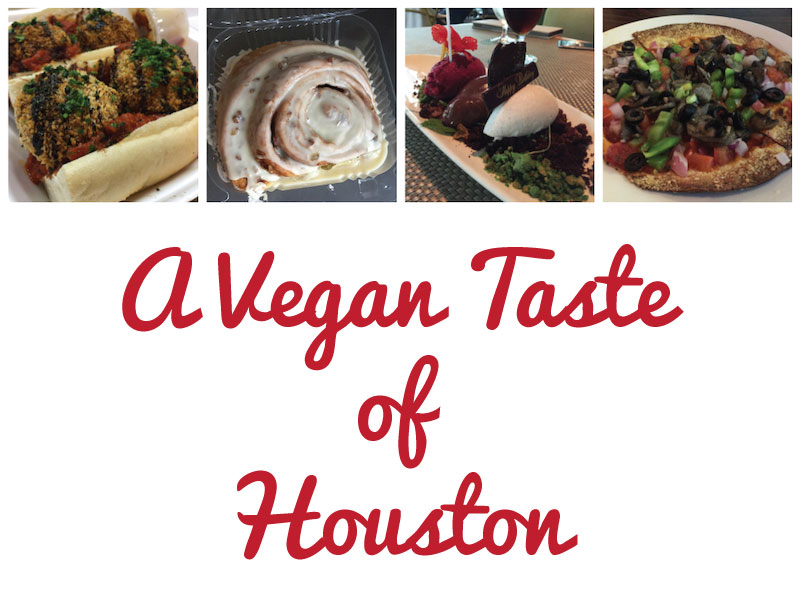 Scott is a baseball fanatic, with the goal of visiting every Major League ballpark (Houston was #17), so his birthday present this year was using all our miles to go to Houston :) AND while our team lost, it was a no hitter game!

Onward to the vegan eats...

We stayed in downtown near the stadium, and I was pleasantly surprised how many options were within walking distance of the stadium and our hotel.

If you visit Houston and can get around by car, there are many more options -- see the recommendations all the Herbies left for me on Facebook here.

Scott found Brooklyn Meatball Co. online, and we went there for his birthday lunch. (Scott happens to LOVE meatball subs so this was a real birthday treat!)

They make the meatballs out of EGGPLANT, which I think is pretty cleaver.

I'm not normally an eggplant fan OR even a meatball sub person, but these meatballs were pretty incredible, I have to say.

I'm glad I ordered one on the side to try. The picture doesn't really do it justice. It was big and meaty and the right level of moist on the inside, but had this nice, light crunch on the outside...

Just order it without cheese (and be VERY clear no parm or mozz!) 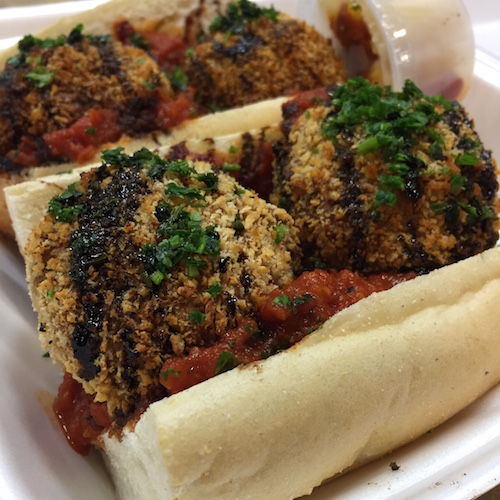 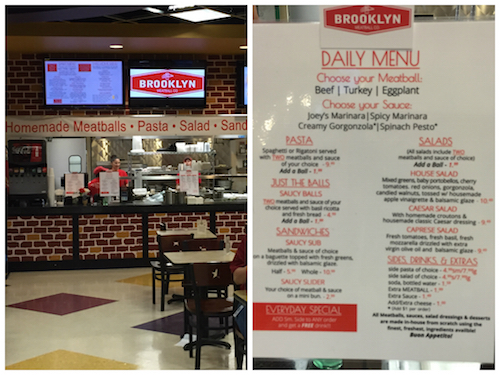 We also ate at Bombay Pizza Co. for dinner our first night. We'd been delayed over 3 hours thanks to rain and saw this place near our hotel.

They do all kinds of pizzas, including the more traditional toppings and flavors, but the real show stoppers are all the Indian-cuisine-inspired ones, imho. 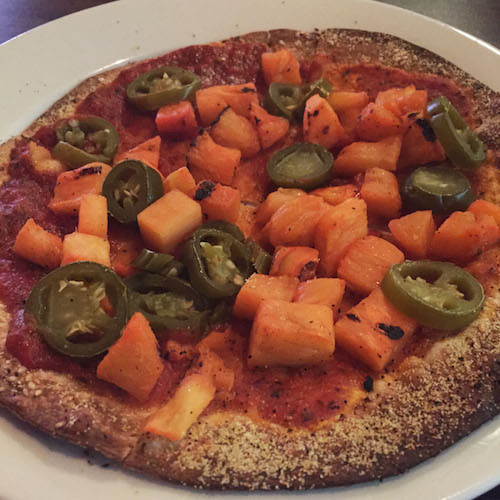 I ordered the Hawaiian Kuntal pizza (because my friend from India's name is Kuntal, and well, I love me some pineapple on a pizza!) and it was delicious -- just the right kind of spicy!

I also love that they used a spicy Indian tomato masala for the "pizza sauce." 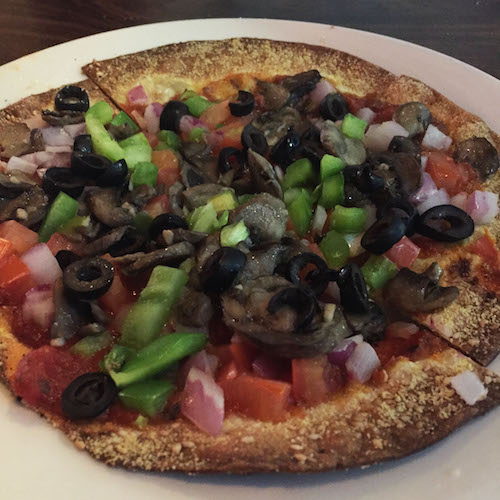 But also ordered the Kati Roll without the Naan (since it contained milk). He said the mint chutney really made it -- and I ended up adding a little on my pizza - WOW that was amazing! 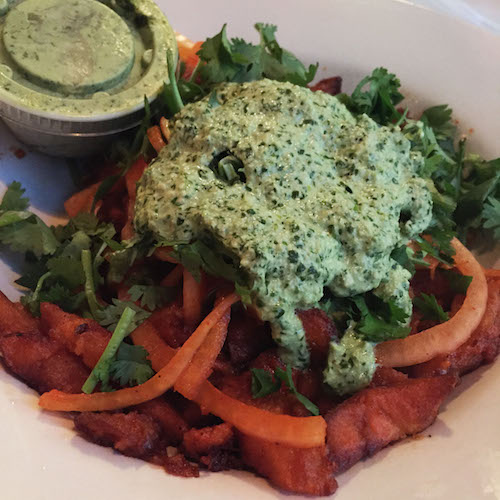 I saw a vegan bakery on Yelp, and quickly called a cab, thinking I'd surprise Scott with a special treat for his birthday.

I guess I didn't read too clearly because it wasn't a store front at all, more like catering. BUT!!! the AMAZING staff at Sinfull Bakery let me come in and pick through whatever they had around!!

They had no idea who I was, or that it was Scott's birthday, they are just that hospitable with awesome customer service!! So kind!

We also got to talking and I found out they supply the muffins to my hotel!! Of course my hotel just has "muffin" listed, but I thought that was really cool (and I went on to tell EVERY Westin employee their muffins were vegan so they can tell future guests). 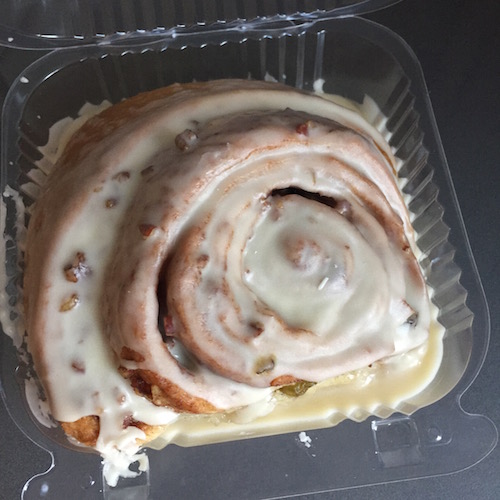 Finally, I must also praise The Grove. This restaurant was gorgeous (and it's all kind of eco-friendly and has a garden on the roof!) and unbelievably accommodating.

I emailed that morning asking if they could do some kind of vegan meal for my husband's birthday and they totally delivered. 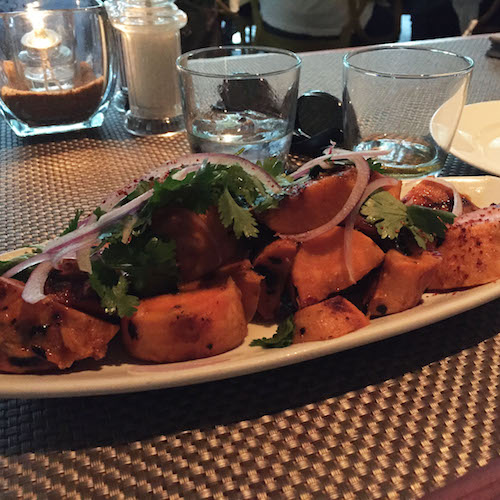 Fresh sourdough bread right from the oven and whole grain! 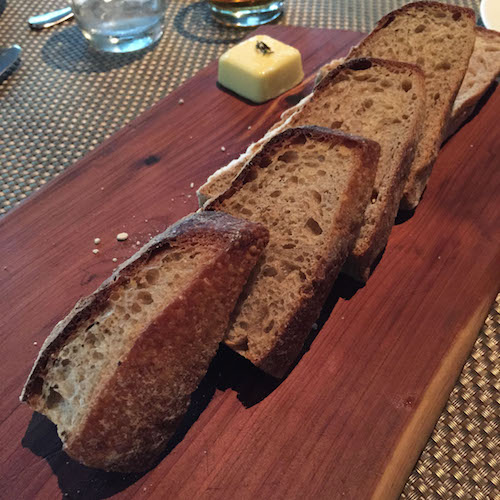 Vegan Chorizo (made from cauliflower and mushrooms--how cool!) with kale over grits. 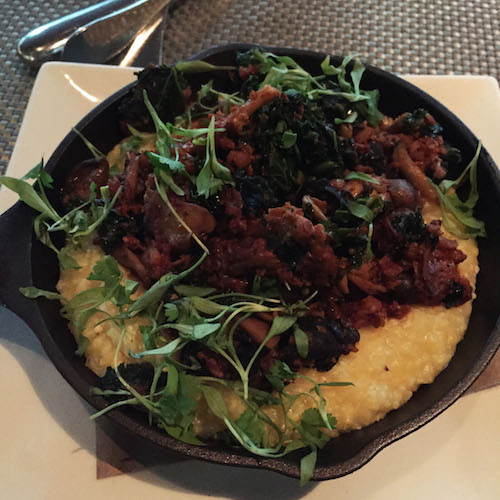 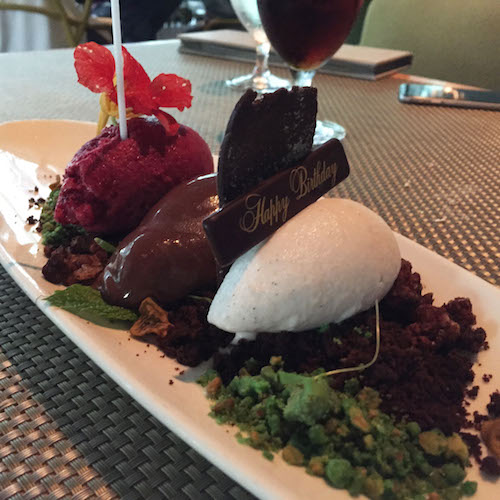 The cherry sorbet was EXCEPTIONAL.

Going somewhere else in Texas?