Herbie of the Week: Natasha! (She's Lost Over 115lbs & No Longer Suffers from PCOS!) 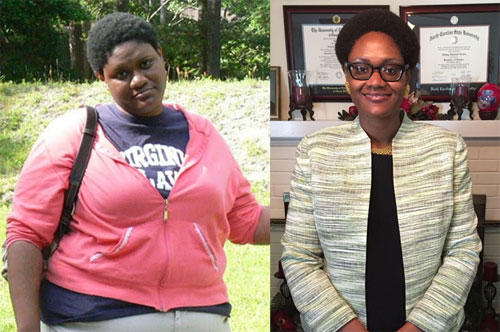 Meet our Herbie of the Week: Natasha!

In 2013, Natasha was not only diagnosed with PCOS, she was also at her heaviest weight -- 357lbs. She knew for a long time she needed to lose weight, and even though it was overwhelming, she had to give it a shot.

At first she started slow and lost 10lbs by not eating desserts. Then, in 2014, she decided to cut out all oil, dairy and eggs (she was already a vegetarian), which fully resolved her PCOS symptoms. Natasha also shed another 40-50lbs!

As the weight continued to fall off, Natasha joined the Meal Mentor community in March and lost another 15lbs!

To date Natasha has lost 115lbs by switching to a plant-based diet, plus she's no longer in pain, she sleeps better and her mood has elevated!

Here's Natasha's story in her own words!

I have been overweight and obese for as long as I can remember. I was often the biggest kid in my classes. I lost some weight in high school, but I quickly regained it plus more. Thankfully, through all of this, I did not have any health issues.

It wasn't until 2013 that I developed a health complication, polycystic ovarian syndrome (PCOS). This diagnosis was concerning, and I started doing some research to figure out how to beat it. Around the same time as my diagnosis, I got on the scale and saw the highest number I've ever seen -- 357 pounds. This, coupled with the diagnosis, was a slap in the face, and I knew I had to make some serious lifestyle changes as I approached my 30s. I've known for a long time that I needed to lose weight, but I think the amount of weight I needed to lose was overwhelming and seemed too daunting. In my mind, I figured I could lose the weight, but I didn't believe I could keep it off. My solution was to never start the journey. But in 2013, I realized that I had to give this thing a shot; the worst that could happen would be gaining the weight back, but at least I could say I tried.

I knew my weight loss journey had to be slow and steady; I didn't become almost 400 pounds overnight, and I knew I wasn't going to lose it overnight either. 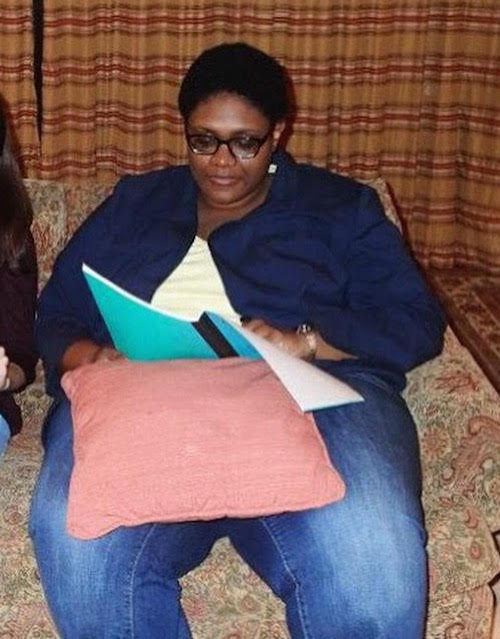 I discovered some evidence that PCOS is associated with insulin resistance, and at that time, my mind immediately thought of my dietary sugar intake (I now know insulin resistance is associated with dietary fat intake, not sugar), so I decided to cut sweets from my diet. I was eating way too many desserts; I would often make a pan of brownies and eat them with ice cream over the course of 2 or 3 days. I knew this behavior had to stop. So on September 1, 2013, I removed all desserts from my diet. I lost 10 pounds that month without making any other changes. As time progressed, I also cut foods with added sugars, which meant I basically cut most processed foods.

I've been a vegetarian since 2010, so I was generally familiar with the plant-based community. As I started to lose weight, I eventually stumbled upon resources from Happy Herbivore, Dr. McDougall, and other plant-based doctors.

In January 2014, I cut all oil, dairy, and eggs from my diet, and my PCOS symptoms resolved fully within a month. I probably had lost about 40-50 pounds by this point. I continued losing at a steady pace, and I switched to a more starch-based diet in September 2014. I joined the Meal Mentor family in March 2015, and I have thoroughly enjoyed the variety and deliciousness of the meals!! I have lost 15 pounds since I joined. 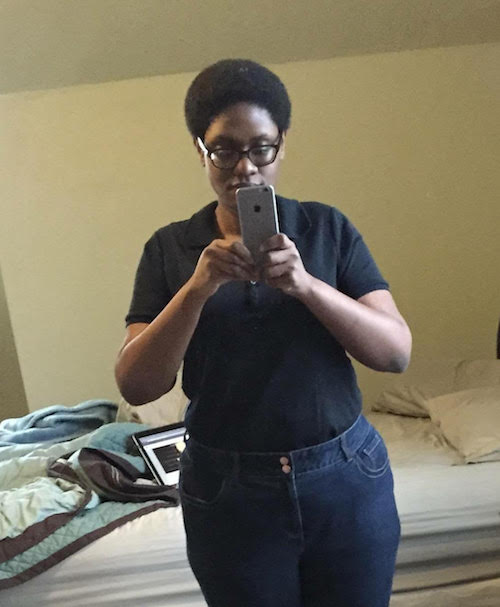 In total, I have lost 145 pounds since I began my journey a little less than 2 years ago. I still have a few more pounds to lose until I reach my goal weight, and then I'll just let my body guide me to the size it wants to be. I no longer have knee pain, I sleep better (I had been diagnosed with mild sleep apnea when I slept on my back), and my overall mood is much better. I hadn't been able to go to an amusement park since I graduated high school because I couldn't fit in all of the rides, but I was able to go last summer.

Through this whole process, I have learned to be more gracious and patient with myself, and to love myself at each step of the way. I'm also much more gracious toward other people, and I recognize that just because someone is overweight, it doesn't mean they aren't on a journey. For example, when I was 300 pounds, I was very much still morbidly obese, but an outsider wouldn't have known that I had lost over 50 pounds at that point! Let's be compassionate to ourselves and others. Progress, not perfection!!

Thanks Natasha for sharing your inspiring story with us!

Join the Meal Mentor community and use the meal plans like Natasha!

UPDATE July 2015:My total cholesterol as tested earlier this month is 128 mg/dL, down from 163 mg/dL about 2 years ago. I have lost a total of 152 lbs from my heaviest, and I'm now able to shop in non-plus sized sections for the first time in my life!!