Herbie of the Week: Vanessa (She's Lost 40lbs & Feels Better Than Ever!) 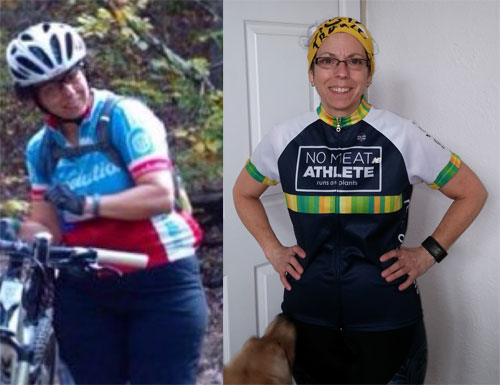 Meet our Herbie of the Week: Vanessa!

After watching "Forks Over Knives" while recovering from surgery, Vanessa, a longtime vegetarian, decided it was time to ditch eggs and dairy and go plant-based. Unfortunately, she was unable to make the transition not once, but twice, because she was so overwhelmed.

It wasn't until Vanessa discovered the meal plans that she was able to get on board with the plant-based diet. (They say third time's a charm, right?)

I'll let Vanessa take it away...

My story actually starts in January of 2006. I had just gotten out of an abusive relationship and weighed more than 200lbs on my 5’1” frame. I was 47, depressed, overweight, and in pain. I made the decision to join a well known weight-loss program and told myself I would meet my goal in one year.

In one year I had successfully met my goal; I lost 84lbs. During the course of this weight-loss journey I started running again and didn’t look back. I was running competitively, doing pretty good for my age and bringing home the hardware. When I was 50 I ran the Colorado Relay 174 miles on a ten person team. In September 2010 at 51, I did a Half Ironman triathlon. It was after the triathlon when things started to fall apart. I had a bike crash one week prior to my big event, I suffered some injuries but competed anyway. I then began having a succession of injuries. I had a broken pubic bone and torn cartilage in my hip from the bike wreck in September 2010 but neither was diagnosed for quite sometime (November 2010 for the pubic bone and October 2012 for the hip).

In January 2011 I began training for a trail marathon. I started having a lot of pain in my ankle and trouble running distance. Finally in March 2011 I was diagnosed with a fractured heel. Fast forward to November 2012 after being in a good amount of pain for more than 2 years I had surgery to repair the cartilage in my hip. I was non-weight bearing and in a brace for 8 weeks and off work for 10. It was at this time when I first saw the movie "Forks Over Knives". I actually became vegetarian in 1983 after my mother suffered a disabling stroke at the age of 47 (her father died at age 50). This was a motivating factor, however I was still all about eggs and dairy. After watching FOK, I decided to become plant-based and FAILED because I was simply not organized or planning my meals. I think I was overwhelmed trying to shop for meals.

Then, seven months later I find myself having surgery again for a bad knee, 6 weeks non-weight bearing and in a brace. I decided to really become plant-based this time…FAILED again for the same reason as before. I was then dealt the blow that I was not going to be able to run anymore (no cartilage in the knee). This sent me into to a spiral of depression. I was a runner, it was a huge part of my life and now that was over. I suppose I just quit caring. I was depressed and making very poor food choices. I have had Lindsay's cookbooks since 2012 and rarely opened them. 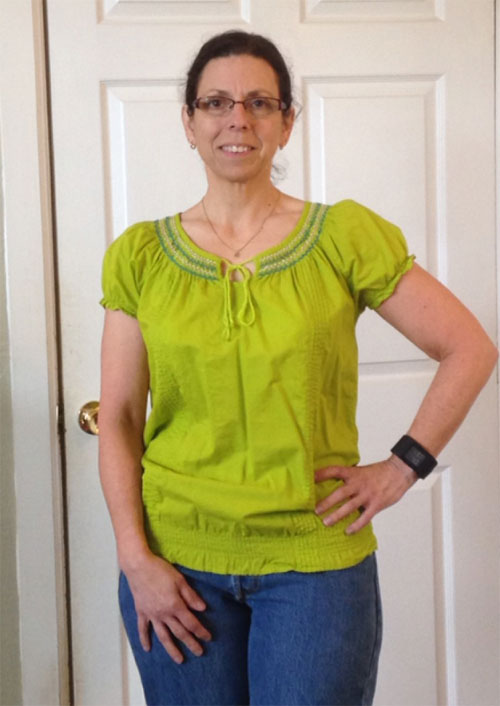 This brings us to January 2015, I was looking at the meal plan page and saw the sale for the meal plan subscription. It was at this moment I decided to invest in myself and go all in. HOLY COW…what a revelation! This has been so easy! Lindsay has provided me with all the tools for success. I don't have to think about “what should we have for dinner?”, I don't have to struggle over the grocery list, and I am no longer dealing with food cravings.

Since starting this new lifestyle I have lost 37lbs. and many, many inches. I am a cyclist now, feeling great and more importantly very healthy. This is a journey that my daughter is taking with me, she also has benefited by losing 30lbs so far.

Thank goodness for Lindsay! The meal plans makes the transition to plant-based eating so easy.

Thanks Vanessa for sharing your plant-based journey with us!