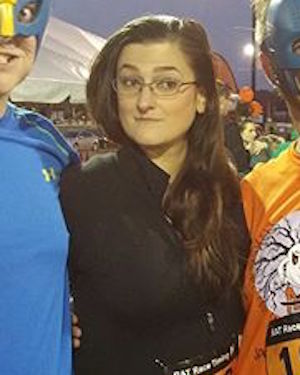 Meet our Herbie of the Week: Holly S!

In 2007, a 2 month flare-up that caused her to lose feeling from her neck down and in her finger tips forced Holly to go on short-term disability. During that time she decided to make some major changes -- including her diet.

Since going plant-based, she hasn't had a flare-up and is only taking one injectable for her multiple sclerosis treatment.

I'll let Holly take it away!

I was diagnosed with multiple sclerosis in August 2003. Before then, I would try the vegetarian diet on and off. I couldn't seem stick to one certain diet for too long.

I went through some hard times (lost a job and finances were very tight) a few years later and my diet became very unhealthy. In 2007, I had a scary flare-up where I lost feeling from my neck down. I remember losing feeling in my fingers at first and it started right when the weekend was starting. I remember trying to see if I even felt safe enough to drive. Without being able to feel if your back is touching the seat or your foot on the gas or brake pedal, there was no way I was going to drive. My doctor had me go on light chemotherapy, IV steroids and those were not working. He ended up having me try plasma apheresis and that was the only thing that really helped. This flare-up lasted for about 2 months or so. It was my first time going on short-term disability.

I wasn't able to do too much during this flare-up. Being able to even read a book was difficult as I could not feel the pages and would end up not being able to turn a page or accidentally rip it. There was a lot of time for me to think though. During this time, I knew I had to make some major changes. One change was my diet and I decided to go plant-based as soon as I got through this flare-up.

Since I had already tried a vegetarian, it was easy to transition. I also had some friends that are vegan, so I knew the food was still very tasty. Plus, there's a lot of resources out there to help people transition to a plant-based diet and helps to know what to avoid. 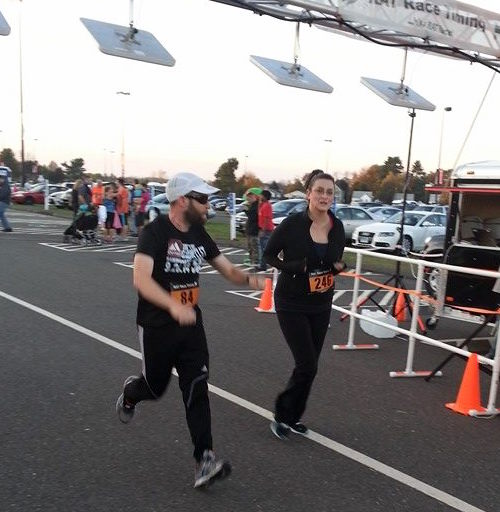 There has been research that proves that eating animal fats will make inflammation worse. My diet switch was prior to this research actually. So far, I've yet to have another flare-up since 2007. I remember taking so many medications prior. Now I only take Vitamin D and allergy medication on a daily basis besides my multiple sclerosis treatment. The multiple sclerosis treatment that I currently take is called Avonex. It's a once a week intramuscular injection.

Even though I have been sticking to the plant-based diet since 2007, I still strive to be healthy (there's so much vegan junk food out there these days). Exercise is something I am very on and off with (more off than on). Recently, I signed up as an athlete with Achilles International - CT Chapter. It's a fantastic organization for those with a wide range of disabilities. They partner "guide" with athletes to help train and it's all not-for-profit. I'm very, very new to this. Since I have heat intolerance with my illness, I'm planning on training at the gym in hopes of being ready to run when it cools off in the fall. I already want to run a 5K on Thanksgiving morning.

Thank you so much Holly for sharing your story with us!

Herbie of the Week: Debbie

Herbie of the Week: Denise

I was in a 5K as an Achilles International CT Chapter athlete June 20th. I had a lot of fun and hardly walked once during a race. I continue to train in the meantime and it's getting easier and easier to keep running. Eating a plant-based diet helps me to not gain weight which is a huge help with training. A whole food diet certainly is better than any sort of processed vegan-friendly food.

Since I have been getting into running, I find myself waking up earlier and I sleep more sound at night. I am also being a lot more mindful of what I eat as well. No one wants to run when bloated. So, it's a no-brainer to cut back on salt/sodium. And you really need to stay hydrated to avoid muscle cramps and such, so I drink a lot more water. I'm more mindful of not having another drink at social gatherings and also limiting my coffee intake. I have noticed that my weight is a lot easier to manage with running as well.

My stress levels have also decreased due to running. When I am at the track, I am to busy thinking about my breathing, how I feel, how my feet are hitting the ground. I am not thinking about anything stressful that is going on. I have found myself getting happy when I am not taking a rest day from running. On rest days, I do go to the gym, but it's not a stress break like running is. :)

I think I am finally on the right path to becoming the healthiest version of myself.