Herbie of the Week: Laura (She's Lost Over 40lbs & Lowered Her BP!) 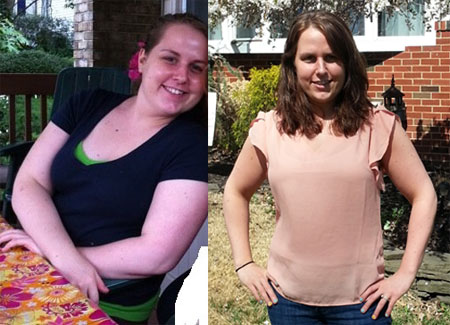 Meet our Herbie of the Week: Laura!

At the age of 23, Laura was diagnosed with spinal stenosis, herniated discs, and disc degeneration. When she was finally able to get surgery, she was put on bed rest for 6 months, which lead her to live off TV dinners.

By 25, Laura's diet was so out of control, she had to get her gallbladder removed. It was then that Laura decided it was time to rethink her way of eating.

Her boyfriend (and now fiance) was already vegan, and after giving it a try, she thought it was "too extreme". Once she discovered the meal plans, Laura finally realized she COULD eat healthy foods that tasted great -- AND it helped her reach her weight-loss goal (she's down almost 50lbs!)

Here's Laura's story in her own words...

It all started with a health issues.

I grew up in a meat and potato family full of guys who wanted to be tough. It was just my mother and I as the women of the house while my 3 older brothers and father went to bow shoots. You know, where you go off into the woods and pretend to shoot animals that are targets. Yeah. Not so much fun. I didn't get it.

At the age of 2 years old my mother broke her neck by waking up in the morning. She herniated the discs in her neck so bad it splintered bone into her muscles, leaving her in agony. The only surgery back then was to take bone in her hip and place it in her neck, leaving her to be on bed rest for a year. Not an option with 4 children under the age of 10 and a husband with 2 full time jobs. I was the one my mother had to take to physical therapist offices, massage therapists, chiropractors etc. So naturally I grew up wanting to help relieve her of her pain. She finally got a successful cervical fusion when I was in 5th grade.

Fast forward to age 20 - I became a Massage Therapist wanting to specialize in chronic pain. I loved Massage School -- every moment of it! I now help people get out of pain on a daily basis and teach them how to help themselves. It's so fulfilling changing people's quality of life every single day. It was here where I started to take notice how food effects the body in positive and negative ways. I ate a lot of crap, and I felt like crap a lot. 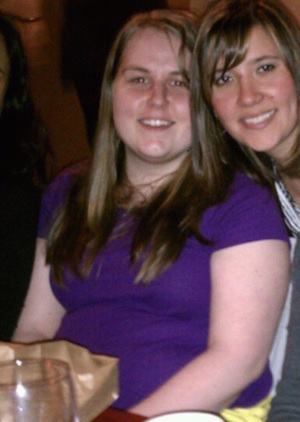 By the age of 23 the damage I was doing to my body before I even knew anything about it had started to take it's toll. My mother passed down her genetics to me. I was diagnosed with spinal stenosis, herniated discs, and disc degeneration. What does that mean? Any time I did anything at all I'd fall to the floor and get stuck there. Six months no job, on bed rest until insurance kicked in to cover the surgery I needed.

At the age of 24 I had back surgery and was on bed rest for 6 months to have it fully fuse to get back to work. That whole year I had zero income, the state denied me disability 3 times. So how is a girl to eat for a year without an income and rent to pay and a credit card that's getting used to pay for groceries? Well, TV dinners were always on sale and always crappy, but it filled the hole, my jeans, my underwear, my shirts... I expanded BIG time!

At the age of 25, my diet was so out of control I was getting sick after every single meal. Sometimes I didn't even make it to the end of my meal. I was taken to the doctor who immediately sent me to the ER -- I had my gallbladder removed a day later.

My boyfriend (now fiance) had already been vegan for about a year already. He started with 80/10/10 and I thought he was crazy when he first told me this is what he was going to do. Where are you going to get your protein from? UGH I don't understand you. 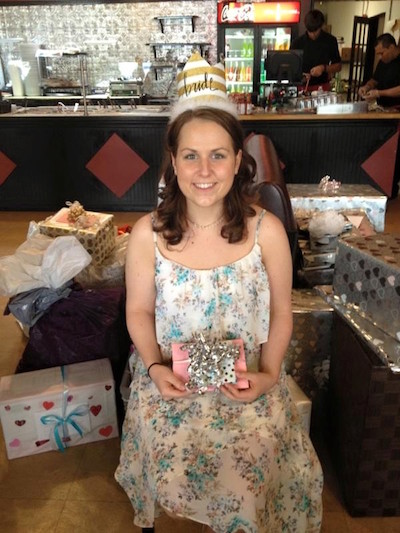 He made it easy for me to feel comfortable about changing my eating habits. Since my gallbladder was gone, I was NOT going to retrain my liver how to digest animal fats.

I started with 80/10/10 just to eat something that wouldn't have me running to the restroom (don't mean to be gross, but those who have had gallbladder surgery know what I'm talking about!). I found that it was too extreme and I was just craving the crappy foods again (burgers, TV dinners etc.) I felt like I was missing out.

My good friend Brian kept me level headed and helped me find Lindsay and her recipes. I started buying meal plans weekly, and I LOVED them immediately. FINALLY a blessing to make me feel good, eat healthy, but still felt like I was eating "normal food".

I ended up finding out that my journey is not over. I'm still finding things I didn't know I had. Addiction issues was one of them and Lindsay has helped me get past.

My highest weight was 180 lbs with high blood pressure, I border line needed medication to control it. I ended with 137 lbs and low blood pressure.

When I say Lindsay saved my life, I mean it. She has no idea (but she might know now).

Thanks Laura for sharing your story with us!