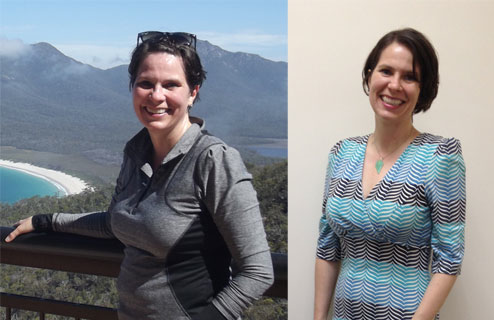 Meet our Herbie of the Week: Jenny O!

I'm always getting questions from Herbies about how they can be plant-based in foreign countries -- and Jenny is proof it IS possible.

After years of gaining and losing the same 20lbs, she committed to a plant-based diet (with the help of Meal Mentor) while living in China and the pounds started melting off!

In just a few months, Jenny's lost 20lbs and is now armed with the tools to continue a healthy, plant-based way of life ANYWHERE in the world for many years to come.

I'll let Jenny take it away! 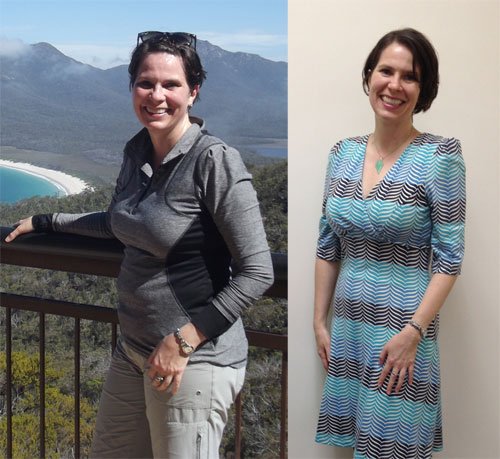 When I was in high school, I decided that I needed to give up red meat. I knew it was unhealthy and when I began university I became a vegetarian. I still ate eggs and dairy and thought veganism was a bit on the radical side, but I knew that meat was something that didn’t belong in my diet. At 21, I moved to Sweden to do missionary work for my church. I gave up being a vegetarian, as I found it was inconvenient to my lifestyle, and I gained close to twenty pounds in a year and a half through making poor food choices. I returned to the United States in 1996 and began my battle with that same twenty pounds that has lasted for nearly two decades.

Like many people, I tried to do all of the things we are “supposed to do” to be healthy and to maintain my weight. I joined Weight Watchers and lost (and found) the weight again and again over a number of years. I had always been active and made exercise a part of my life, but even so, I just didn’t feel consistently good about my body or how I looked. Even when training for the three marathons and the five half marathons I have run, I never felt that I was getting it all right, especially when it came to my nutrition. There had to be something I was missing.

In 2004, I moved to Venezuela to work at an international school. I continued to eat meat and dairy, continued to count points, continued exercising regularly and continued to gain and lose the same weight. Being abroad, I often found that it was often easy to make unhealthy choices when eating. South American culture values meaty meals and temptations abounded. I didn’t want to pass up the cultural experiences I thought came with the local cuisine, and as such, my weight and commitment to healthy eating continued to fluctuate. 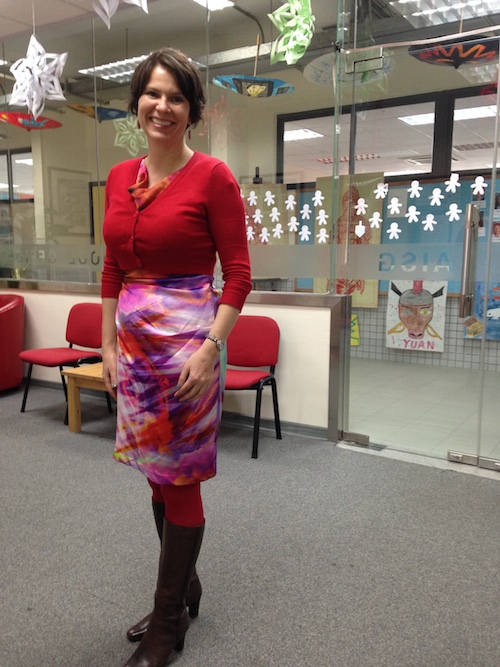 After two years in Venezuela, I moved to Dubai. If I thought there were poor food choices to be made in Venezuela, Dubai took things to another level. Every major American restaurant chain was there in full force. It was no wonder to me that there was alarm about the expanding waistlines of the local population as indulgence in food was the order of the day. Fortunately, I discovered the joys of vegetarian Indian food and made an effort to cook my own meals as much as possible.

I returned to the US in 2009 determined to eat well. I kept meat to a minimum, but didn’t cut it out completely. In the spring of 2011, I saw "Forks Over Knives" and knew that this was the key to taking control of my weight and my health. However, I moved to Guangzhou, China a few months later and found it difficult to live a plant-based life. The concept of vegetarianism isn’t widely appreciated in China and most dishes are seasoned with meat. While there are amazing Buddhist vegetarian restaurants, they are the exception rather than the rule.

In 2012, I returned from my summer vacation in the US to China armed with "Forks Over Knives" and Happy Herbivore cookbooks and a determination to live as plant-based as possible. Most of the time, I succeeded in my efforts. At other times, I was less vigilant and my weight went up and my energy level went down, even when I exercised multiple times each week and trained for a number of half marathons. When I turned 40 in the fall of 2013, I was so frustrated with my seeming inability to maintain my weight, that I threw away my scale. Even though I was eating plant based 95% of the time, I still managed to gain ten pounds just in time for summer. 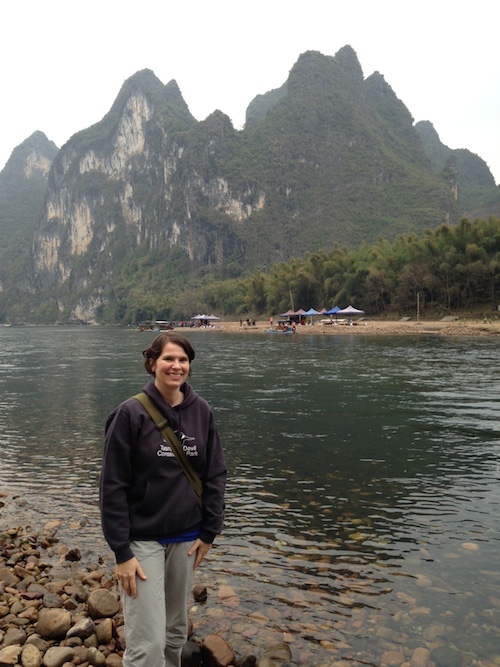 Looking at pictures from my summer vacation to Istanbul, I knew that it was time to make permanent changes in the way I was eating. 95% wasn’t good enough. I needed to do more. For the last several months, I’ve been almost completely plant-based. I live alone, and throughout the years, my biggest struggle with food was coming home from work at the end of the day and not knowing what to cook. As I continued to look for easy plant-based recipes and resources, I found the Meal Mentor meal plans and decided to give them a try. It’s been about two months, and following the meal plans has given me the key to executing a plant-based lifestyle in earnest. I don’t have to think about what I am going to cook anymore and there is always a healthy meal in the refrigerator. The ingredients are simple and fresh and easy to find in local markets. I have also experienced the benefits of eating foods with a low caloric density through following Lindsay’s guidance. I’m never hungry anymore at the end of a meal, and since I started using the meal plans I’ve easily lost 8 pounds.

I feel like I still have a long way to go on my journey to life-long healthy eating, but after years of searching, I now have the tools, support and a roadmap to get me there. Having access to easy to make, great-tasting recipes I can find ingredients for worldwide is invaluable. I now know that whether I’m living my day to day life in China, at home in the United States, or anywhere else in the world I can make choices about food that will fuel my body and spirit in a positive way.

Thanks Jenny for sharing your story with us!

P.S.To hear more of Jenny's story, you can listen to her on the Meal Mentor podcast here.

I've been almost entirely plant-based for four months since starting with the meal plans in November. I continue to feel great and I have continued to lose weight too. Bonus! I've lost 20 pounds in four months, which hasn't ever happened before. It's been so great not to watch what I'm eating or to try to control portions. I am feasting on delicious healthy food, and my body loves it. I'm so happy to be plant-based and so thankful to Lindsay for making this positive change a reality in my life!