Herbies of the Week: Wendy (She's Lost 30lbs & Her Family's Health is Better Than Ever!) 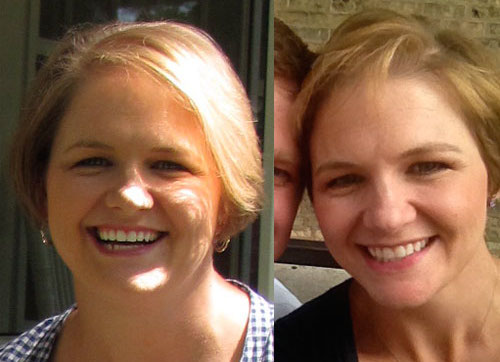 Meet our Herbie of the Week: Wendy!

Wendy made the decision to go plant-based one month after completing an aggressive chemo/radiation treatment for her Stage 2 Non-Hodgkins Lymphoma.

After making the switch, her surgeon was amazed at how quickly she was able to recover from surgery and her oncologist is always asking her how she lost 30lbs.

But that's not all! Her husband and two kids have experienced some amazing benefits since going plant-based as well!

Read on for Wendy's inspirational story! 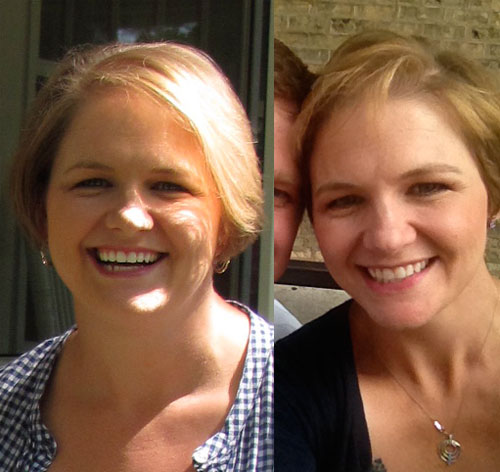 My husband always jokes that he is usually two years behind me when it comes to most of my big ideas. Translation: I suggest something and it takes about two years for me to ease him into the idea before he catches on fully. Ironically, I had made the suggestion that we give up meat and dairy years ago, since our oldest son had been dairy-free most of his life already. (Our 14 year-old is on the autism spectrum. We learned early on that diet impacted his presentation of autistic behaviors significantly, so after much research, we decided to remove all dairy and gluten from his diet. Jack made fantastic strides in his therapies and our case manager and pediatrician couldn't get over how quickly he had responded to changes in his diet! We eventually re-introduced gluten and dairy, but we had always limited the amount of both in his daily diet.)

As a family, we had made conscious choices to eat more locally-sourced meat and dairy products. We tried to buy organic produce off of the "Dirty Dozen" list and grew some of our own fruits and vegetables. I had even given up using traditional antiperspirant and body care products containing parabens. I was an avid jogger and had even completed a few sprint triathlons. Still, in spite of all my efforts, I had never been able to lose the extra weight gained after my two children were born (now 14 and 10). By most people's standards, I was doing everything right, yet I was chronically plagued by extra body weight (50+ lbs) and bouts of depression.

In October of 2013, I was diagnosed with Stage 2 Non-Hodgkins Lymphoma. I had a number of lymph nodes removed (one the size of a walnut) and began an aggressive chemo/radiation schedule. To combat many of the symptoms/reactions to the chemotherapy drugs, I was prescribed steroids and other drugs that wreaked havoc on my system. (Previously, I rarely even took a Tylenol!) 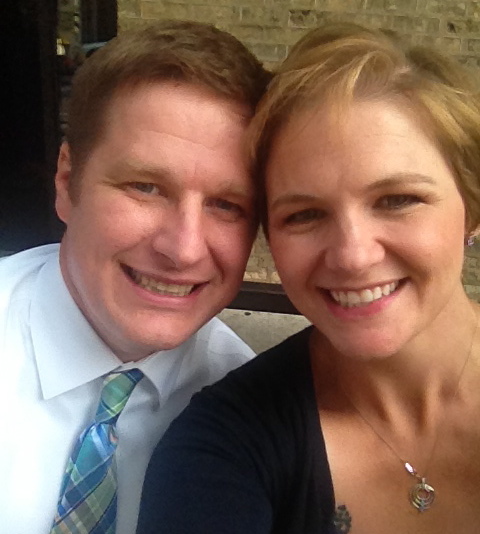 A month after completing treatment, I saw the movie “Forks Over Knives.” Half-way through the film, I called my husband into to the room to watch it with me! When the movie was finished, we both looked at each other and implicitly knew what we should do. Both of his parents are diabetic, and both have genetically high blood pressure. Almost all of our grandparents were diabetic, every one of them had heart disease. The joke in my family is that all of the men have open-heart surgery before turning 50 and my father was no exception, undergoing a triple bypass in his 40s. My father’s perspective on open-heart surgery is one of the reasons why I love the quote from Dr. Esselstyn regarding the drastic nature of a plant-based diet as compared to the drastic nature of open-heart surgery.

The next day, we went plant-based. Alan and I agreed that this was not a matter of perfection, but rather a decision for our own better health. There was no room for all-or-nothing thinking. We agreed that if we were going to eat meat or dairy, it needed to be a high quality exception! We weren’t going to “fall off the wagon” so to speak, for the sake of a McDonald’s hamburger!! In recognition of our role in the family as the holiday hosts, we knew we would have to prepare turkey for Thanksgiving or Ham at Easter, but we could consciously choose to not have any and instead prepare multiple plant-based options for everyone to try. Luckily, our boys weren’t picky eaters and had always eaten veggies and plants at mealtime so we didn’t have to wonder what they would eat, but we did know that there were times when they’d want the pepperoni pizza! Progress, not perfection…indeed!

My first HH recipe was the Apple Crisp Muffins. My younger son loves to be in the kitchen with me and he rejoiced over the lack of eggs, so he could lick the spoon!!! We had just moved into a new home and when my husband came home for lunch on a chilly fall afternoon and smelled the cinnamon and apples, he was blissful! My son beamed that he had helped make the muffins! Over the next few weeks, I purchased several of the meal plans to help stay on track during the move and with our busy sports/school schedules while still figuring out the nutritional aspects of plant-based eating while training for my first half-marathon. Last October, 1 year to the day of my cancer diagnosis, I ran my first half-marathon. This weekend, I will run my second!

My sons just had their annual physicals and my pediatrician affirmed our choices saying, “they are happy, healthy boys and their BMIs are “ideal.” My oncologist always asks me what my secret is for losing the weight finally, and my answer is always the same, it’s the plant-based diet! I have lost over 30lbs and 4 clothes sizes since going plant-based, and recently had a total health screening. My “numbers” were “perfect” according to my oncologist! All of my numbers have improved, even as compared to the years before my lymphoma diagnosis. My husband has also lost weight and his numbers, including his borderline high cholesterol, have improved significantly since going plant-based. These short-term achievements are fun to report, but we are so optimistic about what this means for our future health, as well! 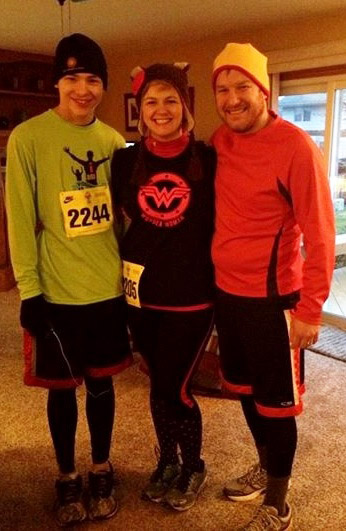 When other people ask me why I maintain this lifestyle, I always remark that I simply feel like my engine runs better on plants. It’s true! I don’t feel sluggish after meals, I feel like I recover faster after my workouts and that my body can convert the food that I eat into energy I can use, much quicker than on a traditional diet. Moreover, my surgeon couldn’t believe how quickly my body healed from a minor surgical procedure related to my cancer treatment. He actually called another nurse into the room to photograph my recovery because they couldn’t believe I could heal so quickly, almost 2 weeks ahead of the recovery schedule they usually used!

For so long, our families thought we were crazy! They rolled their eyes when they opened our refrigerator and didn’t find a gallon of milk. The never-ending sarcasm about our “vegan” diet and the criticism that we were harming our children by not feeding them cow’s milk, at times, seemed too much to handle. Yet only a year later, my sister-in-law was calling to know what milk substitutes we used (My niece had stayed with us for a week and her “chronic” constipation that she takes prescription medication to treat, cleared up! She was unusually regular while staying with us and told her mom she didn’t want to drink milk anymore because SHE thought it made her constipation worse!) Friends ask me for recipes all of the time now and my mother brags about her “vegan” daughter and how healthy she is to all of her friends.

I tell people that I could not have made it this far without Lindsay’s books and meal plans. She made it so easy to get breakfast, lunch and dinner made and the recipes are always a hit with my boys! We can’t live without HH Light & Lean, Tofu Scramble (with mixed veggies) and Meatloaf Bites, the Smoky Split Pea Soup (from the meal plans) when the weather gets cold (always impresses company, too), and how do you begin to thank someone for introducing you to nutritional yeast?!?!?!

Thank you Wendy for sharing your amazing story with us!