Herbie of the Week: Penny (From a Blocked Coronary Artery to Plant-Based & Paying it Forward!) 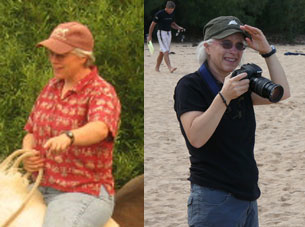 Meet our Herbie of the Week: Penny!

Back in 2011, Penny was scheduled for an angiogram and stent when a failed stress test showed she had a coronary artery blockage.

After hearing a friend reversed his own heart disease by going plant-based, Penny spent the entire weekend researching and reading everything she could about "that way of eating". By Monday, she canceled her surgery and changed her diet, even though her doctor didn't think it was going to help.

Three years later, Penny's angina is gone (in fact, it was gone within a few months!), she's lost weight, she has much more energy AND she's paying it forward and spreading the word about a plant-based diet!

I'll let Penny take it away! 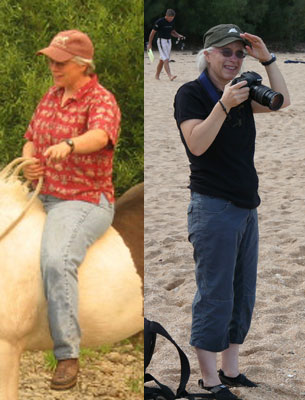 Some years ago, I was diagnosed with high cholesterol (well into the 200s). I was put on Lipitor and told to lose weight. So I did – up and down and up and – but never any “real” loss. I weighed between 160 and 170 and was stuck. Eventually my Lipitor dose was increased and my cholesterol stabilized in the 150s. I wasn’t feeling well, though; I was tired all the time, got out of breath quickly when doing anything physical and became fuzzy headed. Menopause, of course. Then I started getting chest pains, too, and they worsened with time until they were pretty much constant.

Then, in July of 2011, I had a stress test, which I failed. I had all the symptoms and test results of a coronary artery blockage. My cardiologist scheduled me for an angiogram and stent (or stents). He ordered me not to ride my horse, paddle my kayak, run on my treadmill – I was not to exert myself. I was shocked and couldn’t believe what I was hearing. My cholesterol was in a good range, I ate better than most and I was pretty active. So I went to my primary care physician who read the reports and listened to my symptoms and told me I really needed to take this seriously. She scheduled me for a second opinion.

The next day (Saturday), my husband went kayaking (without me) with some friends. They asked where I was and he told them about my obstruction and that I was scheduled for an angiogram and stent. Our friend Bob spent most of the paddle that day telling Steve about the plant-based diet, how it worked, that having a stent was not going to cure my problem and more. Bob had reversed his heart disease by becoming plant-based and knew well what I was going through. When Steve came home, he told me what Bob had said, and gave me the information on websites and books. I spent that Sunday downloading and reading Prevent and Reverse Heart Disease, finding the websites and blogs that support this way of eating.

On Monday I told Steve that I was going to cancel my surgery and change my diet. And he said he would change his diet, too. I am so very grateful that he did – he’s healthier now, thinner, and his support has made my changes so much easier. We went through the pantry and got rid of all the food that didn’t fit our new way of eating (Steve took the food to work and gave it away) and we shopped for better food. At first we spent a lot of time reading labels, but I have never liked food in boxes much anyway, so we just don’t eat that stuff. Neither one of us likes to cook, so we that was another huge change. We started staying home instead of eating out (no more Cold Stone Creamery dinners!) and have gradually learned to make new meals. 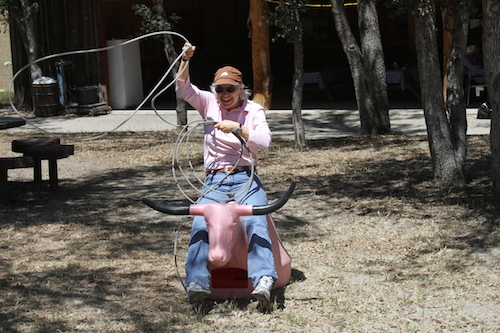 At some point I found The Happy Herbivore and things got much easier as I bought all the cookbooks! "Cheater" Pad Thai is a big favorite and the other day I found the Carrot Hot Dogs (from Holidays & Gatherings) which are surprisingly yummy. I even experiment these days – Cheater Pad Thai at our house has a lot of veggies in it, HH pancakes have sweet potatoes instead of pumpkin, and buckwheat flour takes the place of half of the flour. Most days I eat a huge salad full of all kinds of veggies, which I enjoy.

I went to the second cardiologist about a week after my diagnosis and he said he had never heard of this diet, but he did have a patient who was on the paleo diet. The cardiologist told me that he did a quadruple bypass on the patient and it was the worst heart he had ever seen. He was certain that this diet would not cure my blockage and that I was at high risk of a heart attack.

Within the first week, my angina started to dissipate and three weeks after I switched to a plant-based diet, I woke up and felt great. I can’t remember how long it took for the angina to go away completely (a few months), but it's gone. Amazing! And the weight just came off – I wasn’t exercising and it still came off. I was full all the time, I never felt deprived and the weight came off! After three months I started riding again and my saddle felt “bigger”. My energy came back and I felt so much better. The brain fog gradually drifted off. My cardiologist retired so I found one who is very pleased that I am eating this way and I was taken off the Lipitor. I had been on blood pressure meds and was taken off them the day that I wound up in the ER with low blood pressure.

I have experienced many other benefits, as well. Instead of having multiple colds, ear infections and sinus infections per year, I now have had two colds in the past three years, and both lasted less than a week. I no longer have to have allergy shots and an inhaler. My blood sugar doesn’t crash any more. My gut works better (and I will leave it at that!). I just feel so much better – more energy, sleep better, happier. I have lost about a quarter of my body weight and am now steady at around 130 pounds (I’m 5’3). 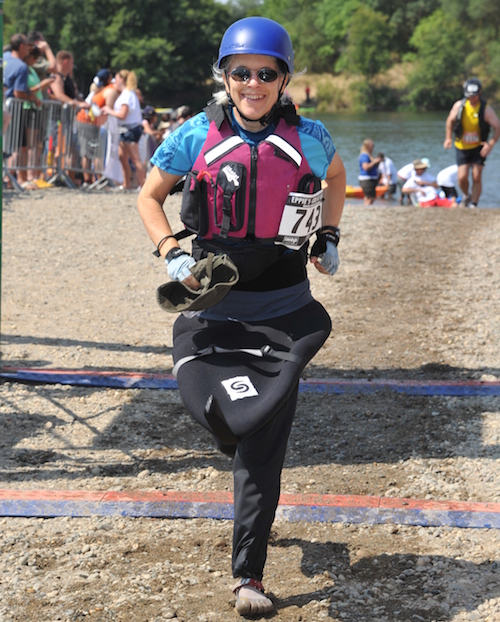 Overall, I haven’t found this to be a difficult way of life. There are some challenges - I occasionally indulge in vegan dark chocolate, and I do slip up with other sweets at times. I am grossed out by meat these days and staying away from animal products is easy. We still eat out and I have never not been “fed”, although often it's steamed veggies and rice or potatoes. That’s fine with me; I have gained so much more than I have “lost”.

Steve’s family is fairly close by and they have been wonderfully and amazingly supportive, which I am so grateful for. When we get together, there is always food that we can eat (and we always bring some to share as well). Whenever I hear of someone struggling with their family I feel so grateful for the support we get from ours. My friends have been amazing – helping me find the right foods, cooking special treats and buying me cookbooks. Steve is sticking to it too, and that has been a huge help! I can’t imagine being in an omnivore household and trying to figure out two sets of meals each day.

I have been busy “paying it forward” as well. I don’t know how many times someone noticed my food choices or my weight loss and I have given them the information. Others have started eating more veggies and fruit and less junk. I feel great about that – I don’t want anyone to think that surgery is the only solution. Other people have been horrified! – how could I give up meat? Where do I get my protein? Mostly I just give people a list of books, websites and blogs so they can learn all about this way of eating.

So that’s my story! Lindsay and the Happy Herbivore cookbooks and blog have been a huge help. I use the cookbooks frequently and the blog is a little bit of encouragement and a reminder that we are not alone in this. Thank you so much, Lindsay!

Thank you so much Penny for sharing your journey with us! You're an inspiration!