Herbies of the Week: Sara & Jeff (They've Lost 35lbs & Run Half Marathons Together!) 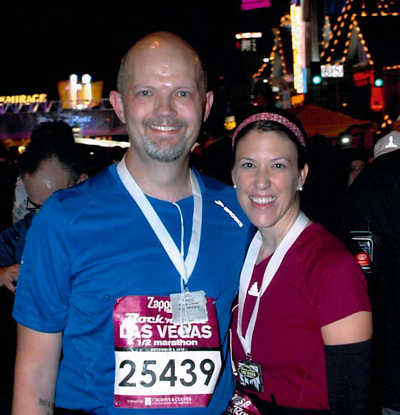 Meet our Herbies of the Week: Sara & Jeff!

After losing his dad to congestive heart failure, Jeff started researching different diets when he came across a plant-based diet. Following a long discussion with his wife, Sara, they both agreed to adopt a plant-based diet as an experiment for 3 months.

It wasn't long before for their experiment became a lifestyle change, especially when Jeff lowered his blood pressure in two weeks! He also lowered his cholesterol and they both lost a combined total of 35lbs.

In addition to their newfound health, Sara and Jeff also noticed improvements when it came to their running abilities and are teaching their 4 children how to make better choices when it comes to their health.

I'll let Sara take it away!

My husband Jeff and I are high school sweethearts and just celebrated our 23rd wedding anniversary. We have four children; which include one boy (10) and three girls (9, 15, 18). We have been eating plant-based since January of 2012.

Lindsay saw a post of mine on Facebook about running and asked my husband and I to share our story. As I began writing our journey to being plant-based, I realized that I can’t really focus on how it has effected my running, eating plant-based has completely transformed my life and effects everything in it. I’ll try to keep it simple, there are so many ways our life has been improved by choosing to eat a whole foods, plant based diet.

Jeff’s father passed away from Congestive Heart Failure in the fall of 2011 after many years of ill health and compounding medical issues. It was very hard to watch him be in pain and see Jeff’s mother try to care for him, as he was in the hospital more than he was home for the last three years of his life. After his Dad died, Jeff began researching different diets and came across the film "Forks Over Knives". He asked me to watch it with him and announced that he would like us to “go Vegan”. I had been eating “clean” for several years and thought that was enough, but after watching "Forks Over Knives", I knew that minimizing processed foods and exercising would not protect me from heart disease or cancer.

One thing really stood out to me in "Forks Over Knives" was the effect that animal farming has on our world food supply. Our family is deeply involved in an orphanage in Sierra Leone, West Africa where food is scarce and clean water is almost non-existent. The statistics in the film shocked me – I had never realized the amount of water it takes to produce a pound of beef vs. a pound of vegetables, or that 70% of the antibiotics use in the US is given to animals before they are slaughtered for food. The waste of our natural resources stayed with me for days and I knew that I had to minimize my footprint in that statistic so I could better serve and love the children in the orphanage we support. We have worked with several organizations and churches to provide a well in Sierra Leone, West Africa and clean water in Haiti, so this new information deepened our desire to change our consumption habits. 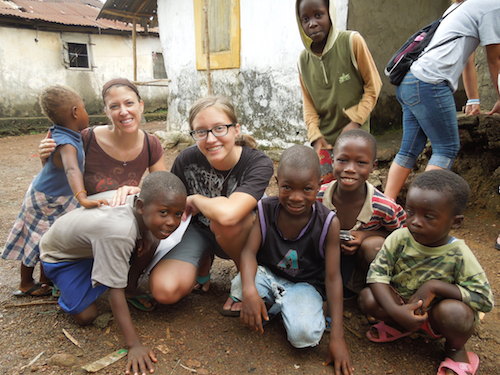 We did not know any vegans and maybe only one or two vegetarians, but neither of us knew anyone passionate about eating a plant-based diet. I was very nervous about what I would feed my family or how to even go about preparing a meal without meat, milk or my beloved cheeses. Jeff & I discussed this at length and finally came to an agreement that we would try out the “vegan thing” as an experiment for three months. I was adamant that we go into this experiment of eating plant-based under the care of our family doctor – this way of eating seemed radical and scary to both of us but we wanted to see if the claims made in "Forks Over Knives" were true. We made appointments with our family doctor for physicals and blood work and began our experiment in January of 2012.

At our appointment, Jeff’s blood pressure was high (he had been on and off blood pressure medication for several years) and the doctor insisted that he take the medication and wrote a new prescription. Jeff was adamant that he wanted to see if the plant-based diet would resolve the issue, but the doctor was insistent (and so was his wife) so we took the prescription home and I put it on the front of the fridge – giving him two weeks for it to come down. Within the two weeks, we saw dramatic improvement in his blood pressure and we never had to fill that prescription! At the end of the three months, we both knew that this was not a diet, but a lifestyle change and our blood results proved it. We both lost weight (20 & 15 pounds) and Jeff’s cholesterol level went from 205 to 153 to complement his new sexy blood pressure! 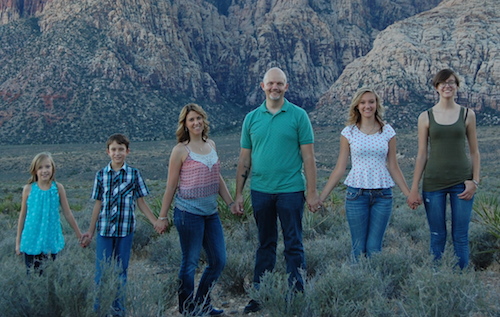 I figured out very quickly that less-is-more when trying to feed a family of six a plant-based diet. We ate a lot of simple meals including things like rice, beans, chickpea tacos, spaghetti, and potatoes with vegan gravy. During that time, I found the Happy Herbivore books and Facebook group where Lindsay encouraged me every day. Jeff and I as well as our oldest daughter Megan have also been to Sierra Leone on mission trips and this opened our eyes even more as to how the rest of the world eats. Very simple meals are the norm for us now, I spend maybe 30 minutes preparing our meals every day and there is always beans and rice on hand. The kids will have a tostada with refried beans, hummus and spinach wraps, or fruit now instead of the processed fruit snacks and soda that we had in the house before. We did not pressure our kids into eating plant based. I would cook one meal for the family and if they didn’t like it, they could fix a simple meal themselves. When going out to eat, they are allowed to order whatever they want – it wasn’t long before all their meals were vegetarian. We have really noticed that our desire to eat meat is gone. We do eat what we want in restaurants as well, but find our indulgences with meat and dairy are special occasions or when friends prepare food for us at parties.

I was diagnosed with Lichen Planus, which is an autoimmune disease, shortly after having my last baby in 2005. It is completely stress driven, so the doctor recommended that I eat better, get lots of rest, and find a way to minimize stress. I have done Yoga for years, but wasn’t getting the stress relief my body needed. Inspired by a good friend, I began running on my own. I began very slowly using the Galloway Method and after several years of building up to it, I decided to run a half marathon. I ran my first ½ marathon in 2009 and have run 7 to date. I really noticed my endurance and fatigue change after becoming plant-based. I was stronger, able to run further and faster with minimal soreness and quick recovery times especially on the long runs. I wanted to run with Jeff, but he has a herniated disc in his lower back and was unable to run with me. To my surprise, after we started eating plant-based, he was able to start jogging, and eventually running! His back pain is almost gone, with only strains here and there after heavy lifting or yard work. I talked him into running a half marathon with me in the fall of 2012, a short 11 months after becoming plant based. We decided it would be our yearly tradition to run the Las Vegas Rock-n-Roll ½ marathon together every year. Unfortunately, I am recovering from an injury and am not going to be ready for it this year, but I will be on the sidelines cheering Jeff on and am planning to run another as soon as I am ready. Jeff has also set the goal of running a full marathon next year to celebrate his 45th birthday. 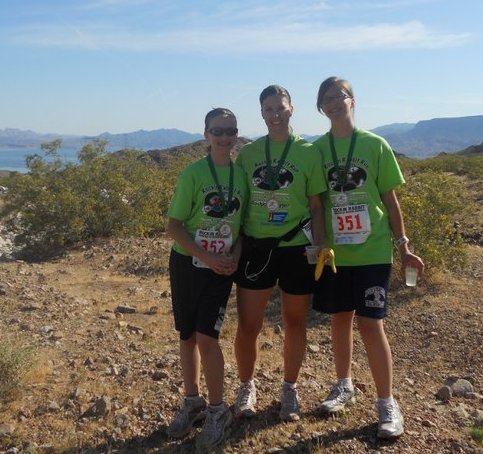 Being plant-based has had a tremendous effect on our family. All of the movies, books, blogs and media we see reinforce that we have made the right decision for our health and our future. Our children have all (on their own, in their own time, and for their own reasons) made the decision to become vegetarian and or plant-based. My oldest daughter is now a freshman in college and her university is very plant friendly and is even opening a vegan restaurant on campus. Jeff & I hope that by sharing our story, more people including our friends and family will see the impact that eating a whole foods plant-based diet can have on personal health, including managing current health issues and preventing heart disease and cancer. We also would like to bring awareness to the impact that using less water, antibiotics and grains fed to animals can have a profound effect globally. Oh yeah, and that you can run faster, longer and stronger using plant power!

Thank you so much Sara & Jeff for sharing your story with us!