Herbie of the Week: Heather (She Reversed Her Diabetes, Is Off Her Meds and Lowered Her Cholesterol & Blood Pressure!) 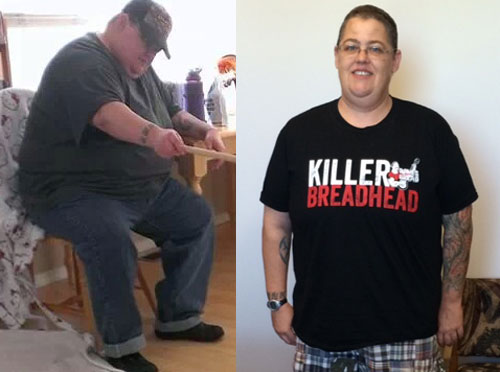 Meet our Herbie of the Week: Heather!

Over the summer I received a short, but sweet email from Heather. She wrote:

"In February I changed to a 100% plant-based diet. So far I have lost almost 90 lbs. Reversed my diabetes, been able to cut my blood pressure & cholesterol meds in 1/2."

I was AMAZED! Knowing her plant-based journey would inspire so many, I immediately asked Heather to share her story today.

I'll let Heather take it away!

My name is Heather, and I would like to share my story with you of how I became a "Happy Herbie”. On January 1, 2014, I was 45 years old when a friend snapped this picture of me playing with her cat. (above, left)

I didn't know how much I weighed. I always kept in my mind, if I was under 300lbs I was doing ok. But I sure didn’t like the way I looked in that picture.

I have lived my life with a host of medical issues. For my 40th birthday I was diagnosed with diabetes and had to start wearing bifocals. I have had debilitating arthritis since my early adulthood. I had high blood pressure and high cholesterol.

In January 2014, after getting insurance, I went to see my primary care physician. I already knew I was 5ft 5in tall, then I stepped on the scale and saw a life changing number...316lbs!!!!! How did that happen?? Well, it didn't take much to figure that out! I didn't eat well and I did not exercise.

That day I decided something needed to change. So, January 7th, 2014, I started making some changes by tracking my food/nutrition with an app. First, I had to begin my day by eating breakfast which I hadn’t done in years. Second, instead of eating a whole salami, cheese and mayo sandwich and a huge handful of chips for lunch, I would eat 1/2 a salami, cheese and mustard sandwich with a counted out serving of chips and a bunch of veggies for lunch. Dinner would be a small amount of meat and starch with a large serving of vegetables. Snacks would be nothing but fruit. One thing at a time, I would add exercise later.

About a week later, I had my first appointment with my new orthopedist about my knees and hips. That was the day that Rishi Gupta, MD said something that changed my life forever. He told me the things I expected. Both of my knees and both of my hips need to be replaced, but I was not in good enough shape to have surgery. I was too obese; the risk of failure in joint replacement at 316 lbs is much too high.

A few days later I contacted Dr. John Gobble. That conversation was awesome. He was kind and encouraging. He sent forms to me to fill out and videos to watch about the classes he teaches. A new class session was starting in February. 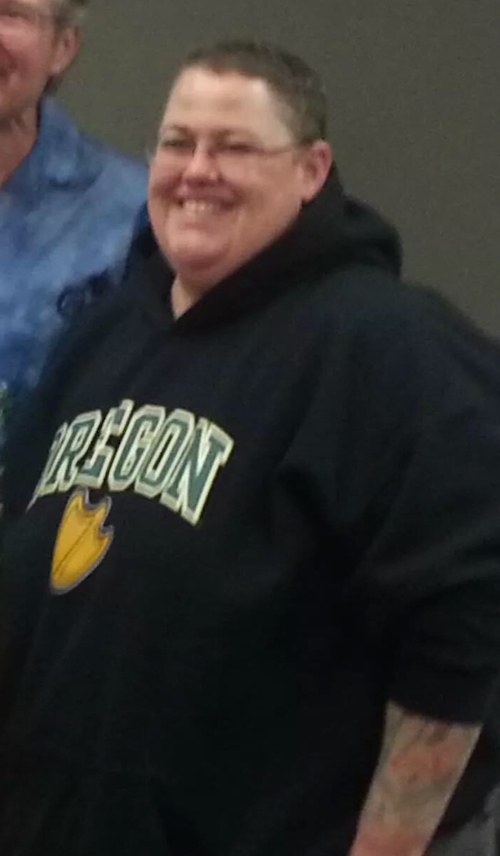 In the meantime, at the end of January I decided to add exercise. I joined the closest gym with a pool. I started swimming laps 3-4 days a week starting at 30 minutes and working up to 60. I started walking more. With my joint issues, walking is painful without assistance. So I decided the best way to add walking was to do it in store; pushing a shopping cart was exactly the support I needed. I would walk for an hour a couple times a week in a big box store. I never had to worry about the weather and it was a great opportunity to figure out who had the best deals!

At the first CHIP class, I sat there with a healthy dose of skepticism. Honestly, one of the thoughts that went through my mind that night and in the days following..."These people are trying to get me to drink the Kool-Aid. They are trying to convert me to something!" But I listened, I read class materials and I kept going to class. I decided that if I heard anything that just didn't sound right, I would do the research on my own to see if it was true. However, the science behind plant-based eating was overwhelmingly positive for weight loss and a healthy lifestyle. On February 14, 2014, I decided to try 100% plant-based eating for 30 days.

As I started this adventure I have a friend that jumped in head first with me. She had eaten plant-based before and decided to try it again. Once a week we would go out to eat at a plant-based restaurant as a treat. We started cooking meals together on the weekend for the coming week.We didn't have to think about what we would eat. It was so easy, a simple grab and go situation.

I am very lucky to live in Portland, Oregon. Bob's Red Mill is based in Oregon with a large store just a few miles from my house. Right across the street from Bob's, is Dave's Killer Bread outlet store. Portland has many plant-based restaurants. These things have really made changing my lifestyle so much easier.

By the end of February/beginning of March, I had already lost 30 lbs and was able to discontinue my diabetes meds. My blood sugar remains stable and is now below pre-diabetic levels. 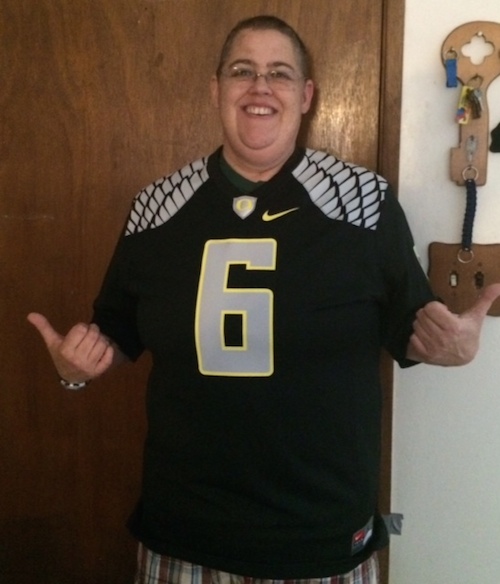 I am not sure what happened to my idea that I would try eating plant-based for 30 days, because I have no doubt that eating plant based has become a way of life for me. In April I graduated from my CHIP class. And in May I started helping with the next CHIP class.

I still have progress to make. My end goal is about 76 lbs away. I do not have a goal weight, I have a goal range. I want to be able to maintain between 140-145 lbs. I have drunk the Kool-Aid, I was converted and have become an evangelist for a plant-based diet. I am a Happy Herbie for life.

Thank you so much Heather for sharing your story with us!