Herbie of the Week: Diane H (She's Down 2 Pant Sizes & No Longer In Denial!) 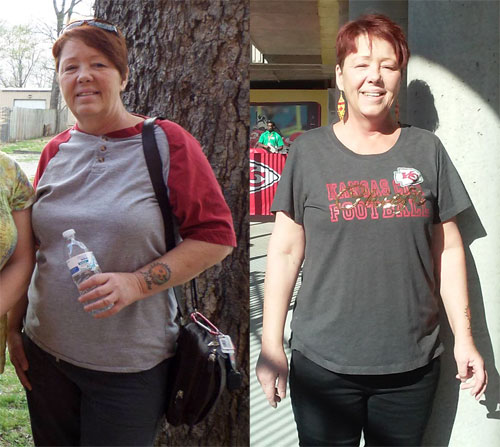 Meet our Herbie of the Week: Diane H!

A couple months ago Diane sent me an email with the subject line "I Surrender". The email read:

"Two years. I started following you almost two years ago and dropped 30 pounds in about 6 weeks. But then --- the weight started creeping on again. You told me repeatedly that you could not have peanut butter IN YOUR HOUSE because of the nature and intensity of Scott's addiction to it. But I wasn't that bad right? Well, turns out I've been wrong about that. I should have caught on when I realized I was packing away 5+ pounds of it a week. DENIAL: Didn't Even Notice I Always Lied. But pictures don't lie and when a couple of them showed up on social media I got a phone call from my sister wanting to know "What's up with that?" since I had doubled my clothing size. How humiliating. So no more peanut butter has come into my house in about a month. Thanks for sharing that part of Scott's story. Although there are so many wonderful things about you I think the best is you let us know that you're just like the rest of us and that you overcame XYZ and we can too, and ABC while we're at it<3"

As soon as I read Diane's email, I knew I had to ask her to share her story for the Herbie of the Week series.

I'll let Diane take it away...

Hi, my name is Diane and I am a Happy Herbivore. I did not come into this in the usual way, with frightening medical issues caused primarily by weight. I was a professional skinny person (read anorexic binge eater). I denied my anorexia vigorously whenever approached because I thought anorexics never ate or didn’t like food, and I LOVED food. I’m from the deep south where the four main food groups are fried, barbecued, salted, and sweet, and if you could manage to combine all four into a single dish you were golden. I had no particular attachment to meat so when I met a group of people in the 1980s who were vegetarian for religious reasons, I jumped right in with both feet and loved it. My new education has made me realize that I was not healthier. Everything was loaded with fake meats and most of all - cheese. I had even looked into being vegan over the years because I instinctively knew that it had to be better. The problem was - I’m lazy. Two hours worth of tedious prep work and equally long cook time was not going to work for me.

In January of 2012, my beloved Jack Russell Terrier passed away. To comfort myself I began reading every book about dogs that I could put my hands on, and one of them was called Following Atticus by Tom Ryan. It was fantastic and inspiring. I began following his Facebook page and Lindsay and Happy Herbivore were the topic one day. She changed his life the same way he has changed ours and I wanted in, and just like that I was in. It was great - a can of beans and a couple of borrowed condiments from a hotel and you have a MEAL? Oh yeah.

There were a couple of glitches though. I am always saddened when I hear that Lindsay's mantra of “Progress Not Perfection” brings the haters out of the woodwork because I would have had to drop out right from the start. I would like to say that I had a major lightbulb moment, I’ve done everything right and never looked back, but I can’t. It’s been a step and a half forward, a step and a half back the whole way. I did very well 95% of the time, but when I really wanted what I really wanted, I just had it. Fried chicken is my kryptonite. I was reasonably healthy and doing well most of the time, so what if I broke the rules occasionally? Breaking the rules slowly went from frequently to once in a while, to hardly ever until, finally now, it just doesn't happen. In fact, if you and I were the last two people on the planet and the only food was a piece of cheese (which I could not fathom living without at one time), I would let you have the whole thing.

Something funny happened - the more I ate healthfully, the more distance between the “slips”, and the intensity of the consequences became more and more clear. I was going to get sick, but eventually it got so bad that I would wake up the next day wondering what kind of horrible disease was invading my body and what kind of specialist I might need to see to figure it out. It took a very long time before I connected it to the food I had eaten the day before. I learn everything the hard way. 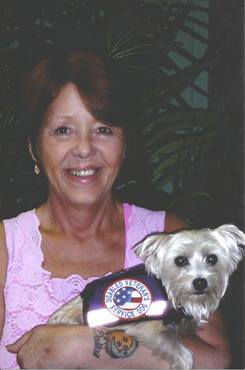 But that's not even why I was asked to write this. I’m supposed to be writing about peanut butter. I love peanut butter and that was my meat replacement in a way. No cholesterol, no added fats or sugars, dream food right? After I had been a Halfway Herbivore for about a year I looked great. On my 59th birthday I was a size 8 and weighed 138 pounds (picture above), which I was comfortable with. But at the end of August of last year my living situation changed. For financial reasons I had to move back in with my ex-husband, which all by itself was a challenge.

And then there was the food. If it wasn’t processed, packed in a box, and reheated in the oven he didn’t eat it. Period. And the food I was eating: tofu, vegetables and well, vegetables was out of the question. I’ve always said that it's easier to pull someone into a hole with you than pull somebody out of one, and pretty soon I was relying on food that I had forsaken, like sausage, egg, and cheese croissants. Just easier to deal with when you’re depressed and don’t feel like making the effort. Also there was always soda in the house and at least once a day I really needed that caffeine pick me up that I wasn’t getting by eating healthy. I still ate good foods too and my favorite was peanut butter - my favorite comfort food. I’m not going to put any ideas in anybody’s head about some of the great ways I came up to eat it but I loved it, and it loved me.

By April I was living alone again and threw myself into rigorous health consciousness and was happy. Until I saw a picture of me that a friend of mine had posted on Facebook. I wanted to die. I was heavier than I had ever been in my entire life. It was so dramatic that my sister called to ask “What’s up with that?” because she couldn’t believe it. I still get depressed when I see those horrible pictures, but they served a purpose. I had sent several emails to Lindsay over time and it hit me one day that there was one sentence that had been in every single response Lindsay had sent that simply never registered with me: WE CAN’T KEEP PEANUT BUTTER IN OUR HOUSE BECAUSE SCOTT CAN’T CONTROL HIMSELF. Me neither!!!!!! It was denial - pure and simple. Didn’t Even Notice I Always Lied. I was so astonished by this truth that I wrote Lindsay and that resulted in me writing this post. I recommitted myself and am seeing progress in a very positive way. Out went the peanut butter, first and foremost, and I have never kept it in the house since. At the moment I do OWN a jar, but it lives somewhere else and only comes over for short supervised visits every 2 or 3 weeks and then it goes to its real home. I always have SOMETHING on hand I can mix up when I’ve procrastinated cooking.

I recently started the meal plans and have all my cooking done for the week in advance. I have lots of meal plans in stock, I just never used them. So far, my shirt size has gone from XL to L and I’d probably be okay in a medium. At the end of the madness I had a whole lot of trouble buttoning size 16 pants and refused to go any larger, just sticking to elastic waists. I am now on the small size of a 12. I measured the other day and had lost 5 inches (!) in my stomach.

So that’s me - with all my perfect imperfections. Better to be late to the party than never get there at all.

Thank you so much Diane for sharing your story! You're an inspiration!

I don't have any noticeable health problems at this point, but nor did I notice any ill effects from the meat and dairy until I quit using it. I recently went gluten-free and have lost an additional 3 inches off my mid-section spare tire. And I'm so grateful that so many of Lindsay's recipes are also gluten free. I have also now passed my 60th birthday and had all my medical tests done and - at least on the inside - I can pass for a teenager who hasn't gotten far enough into the bad habits to show any damage.