Herbie of the Week: Rebecca B (She Finally Listened to Her Body & Is Happier Than Ever) 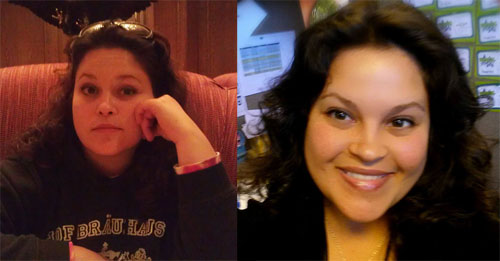 Meet our Herbie of the Week: Rebecca B!

Rebecca's story is a very unique one. After years of being unhappy and struggling with her weight she adopted a plant-based lifestyle -- but didn't get the results she expected.

Refusing to give up, one day it finally clicked for Rebecca: she had been focusing on material happiness and not happiness for herself. Once she started to listen to her body, everything else started to fall into place.

Get inspired by reading Rebecca's story!

This isn’t your average Herbie of the Week story and to be honest, it took me quite a while to write it. But as many of us well know, being honest with yourself can sometimes be the hardest thing to do.

My story started in college where my freshman fifteen ended up becoming a freshman fifty by the time I graduated. I was tired and stressed. But that’s college, right? I focused on watching what I ate and exercising and somehow managed to gain weight. That little voice in my head perked up. “Wrong, wrong, wrong!” Who was I to argue? I was probably doing it wrong. It wasn’t the right time for me, I told myself.

Years went by and I tried again and again to focus on diet and exercise. I was tired, moody, irritable, and unhappy. Really unhappy. I made an appointment with my doctor who quickly diagnosed me with depression and gave me a prescription. I was out of his office in 15 minutes. But I took my pills like a good little patient. I was on the road to recovery! So why did I feel worse? I stopped taking the prescription and I didn’t go back to that doctor. My inner voice apparently didn’t know when to zip it, but again, I had to agree. I was probably doing something wrong this time too.

Shortly after, I focused on following a vegetarian diet. Those folks were healthy and happy so there was no reason it wouldn’t work for me, right? I was wrong. But I stuck with it because I did feel better not eating animals. Even if my body wasn’t reaping the rewards, my conscience was.

I tried several diet programs without much success. If I lost two pounds one week, I’d gain three pounds the following week. I even joined a gym and went religiously. But I didn’t feel invigorated by a workout. Whatever I did at the gym only wore me down more. I had to be doing something wrong. Maybe I was taking the wrong classes or doing the wrong exercises. 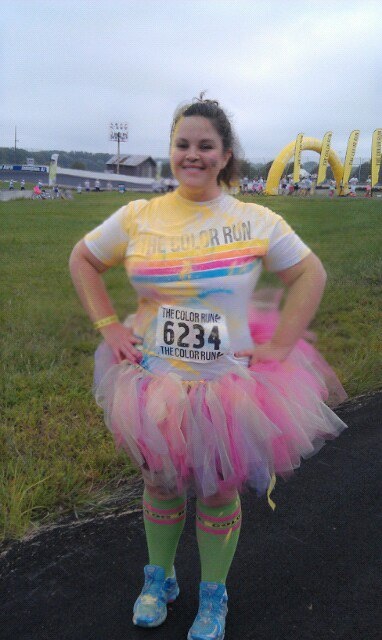 I was fat, depressed, and I didn’t know what to do. I didn’t go out. I didn’t date. I’d lost my spark. My parents noticed and suggested I see a new doctor, so I did. I asked for a blood test to confirm that nothing was wrong. I explained my symptoms and my inability to lose weight. The doctor told me while writing in my file, “Losing weight is hard. If it were easy, everybody would be fit and trim.” She didn’t even look at me.

But I got my test and the results were in and...they were completely normal. What the heck was I doing wrong? I was so bummed. I went home and started searching for something, anything that might help. That searching was what led me to Happy Herbivore and Forks Over Knives. I was instantly sold on following a plant-based lifestyle.

As soon as I could, I went to my library and checked out as many Happy Herbivore cookbooks that I could get my hands on. I made HH recipes that whole week and when I stepped on the scale I was totally disappointed. I’d gained weight yet again. So I turned to Happy Herbivore’s meal plans and after a week I’d lost a couple pounds. Success! Well, that success was short-lived. The next week of following the meal plan left me with a weight gain. I cried. I was so tired of fighting for so long. I was tired of living in a body that constantly betrayed me. I was ready to give up.

I searched through Happy Herbivore’s blog. I firmly believed in the lifestyle and I didn’t want to give it up before trying one more time. There must be one vital piece that I was missing. That’s when I found articles on minimalism and read up on the story behind Happy Herbivore. I was in awe of how Lindsay stuck to her guns and believed in herself. I also realized how I’d been focusing on material happiness and not me happiness. It was nice to focus on something other than my weight and exhaustion. And the more I read, the more confident I became in myself. I started to change the way I thought about me. I had been devaluing myself for years. And then it all clicked. 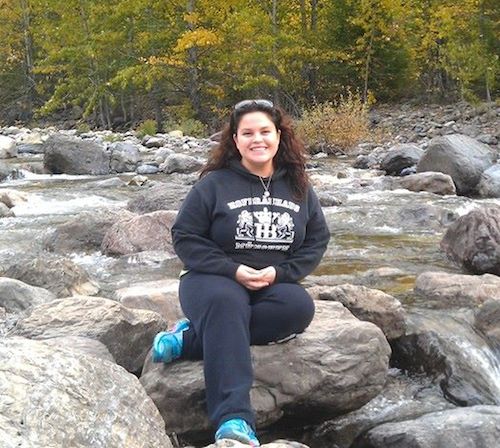 I’d been my own worst enemy. I hadn’t actually tuned into my inner voice. Yes, it had been telling me something was wrong, but I’d misinterpreted the message. I researched a new doctor, a generalist, and made an appointment. I showed up, confident that I wasn’t crazy. I came with a list of symptoms and a food diary. I may not have gone to medical school, but I’d been living in my body my whole life. And I wasn’t going to let anyone tell me that I was just imagining things.

This time my voice was heard. The doctor listened to my concerns, my symptoms, and we talked about food and exercise. She agreed that based on what I was doing I should’ve been a much smaller and much happier person. I went for some in-depth tests and the results showed I’d been suffering from a severe vitamin deficiency, most likely for years, that had led to my unbelievable mood swings, exhaustion, depression, aches, and brain fog. Additional tests showed an enlarged thyroid and some nodules that will need to be biopsied to rule out cancer.

I am so grateful for my parents who held me up along this journey and continue to stand by me. I’m also grateful to Lindsay and the Happy Herbivore community. I was so convinced that I was doing something wrong and now I see that I was. I wasn’t listening to my body!

Today I’m on a hefty dose of vitamins and I’ve got more tests on the calendar for my thyroid. I’m still following Happy Herbivore meal plans and I’ve started cleaning out my closets too. I’m doing things that make me happy and these days I laugh more than I cry. My story is a bit long and it’s far from over but if there’s anything I hope those reading this will take away is this: Always believe in yourself and listen to your gut.

Thank you so much for sharing your story with us Rebecca!