A Vegan Taste of Portugal 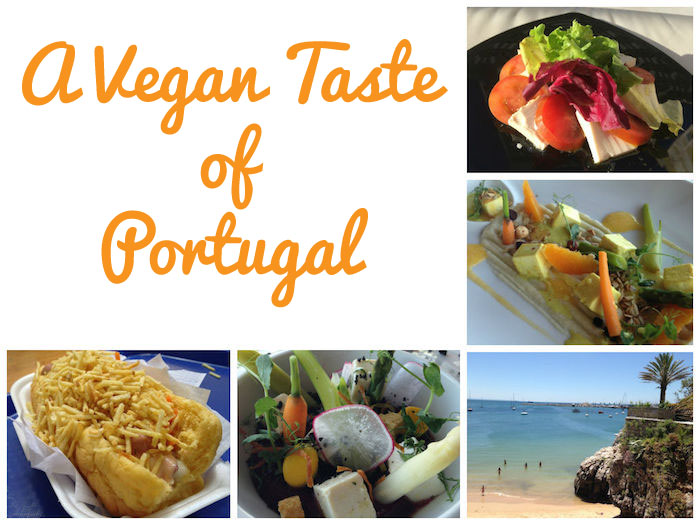 Although I'm loving my summer in France, I can't help but escape to other countries some weekends (there's just so much to see and do in Europe!).

pluuus I need to research... 'cuz I'm writing a Vegan in Europe book!

I'll spill deets on that later, but for TODAY I'm sharing some of my finds and discoveries in Portugal. (Lisbon may be one of the most veg-friendly place ever). 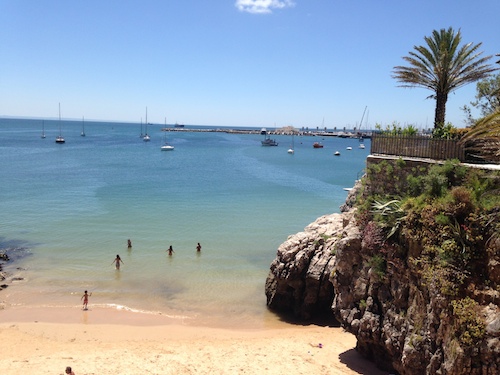 and it's not exactly hard to look at either...

When strolling around Portugal (p.s. aren't the sidewalks really cool??) 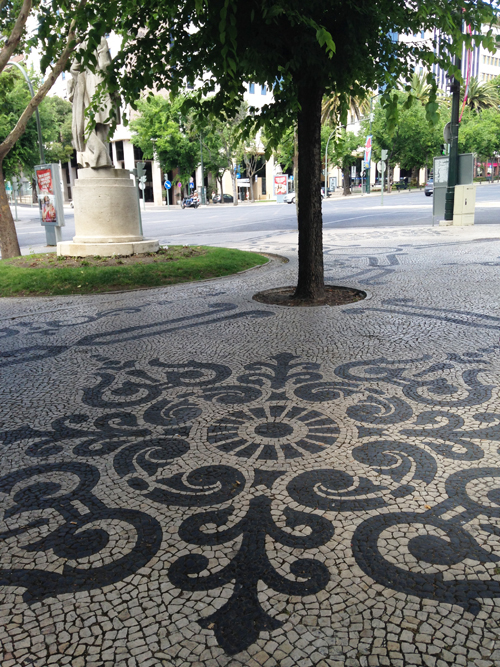 What was I saying? Oh right. When strolling around Lisbon, Scott spotted a hot dog truck. It's a funny thing, really. I don't remember Scott liking hot dogs when he was an omnivore, but since becoming vegan several years ago he flocks to any hot dog stand looking for a vegan option.

I was sure a vegan hot dog stand in Lisbon wouldn't have anything even kind of in the realm of vegetarian...but I was WRONG. 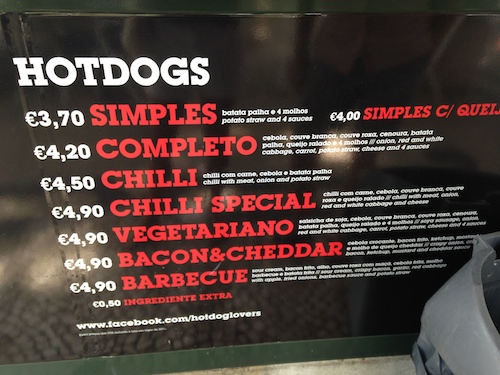 5th down reads... VEGETARIANO. After a few inquiries we learned the dog and bun were both vegan but some of the toppings for the vegetariano were not... BUT we could order it "simples" holding one of the sauces and the whole thing would be vegan. I've never seen Scott so happy. 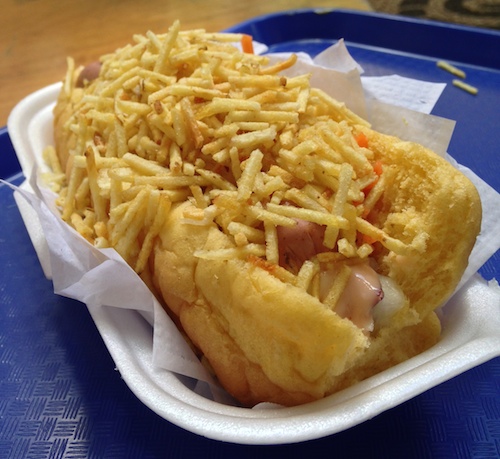 The crispy little potato things on top are very popular in Portugal.

I also snapped this menu from a restaurant by my hotel -- though pretty much every place I looked into had something for vegetarianos. 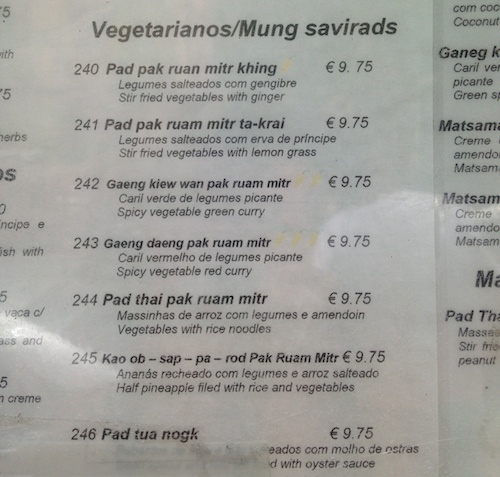 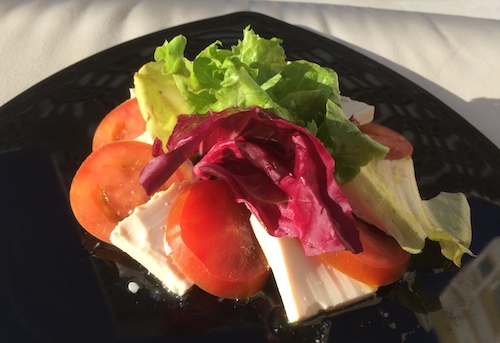 I found this lovely salad on the bar menu at my hotel's pool -- tomato and tofu! I'm not normally the biggest tofu fan, but after a month without it... I was ready to partake. It was such a nice, light meal.

The best, though, was yet to come. After seeing the salad on a bar menu, I inquired if there was anything vegetarian on the restaurant's dinner menu. There was one entree, and it was vegan already, but the waiter said if we wanted something else, he could talk to the chef.

I guess the chef felt very inspired because he ended up preparing a total of 7 different things for us to eat -- all plant-based and without oil.

In all my life I've never had a truly fine dining experience. Before I was plant-based I could never afford it (okay, I still can't! lol!) but after I went plant-based, I figured the only amuse-bouche I'd ever have is one I created myself!

It was one of those epically memorable experiences.

And a real testament to the chef, he pretty much used the same 20 or so ingredients, but was able to make each dish taste and feel completely different from everything else. Now THAT is talent!

He's also a man after my own heart.... his signature? A little piece of popcorn!

THE STARTERS (a.k.a. my trio of amuse-bouche) 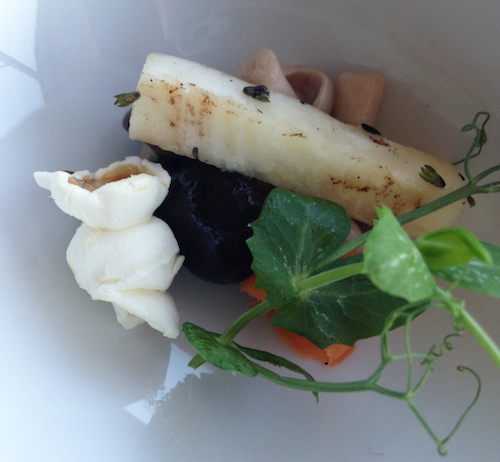 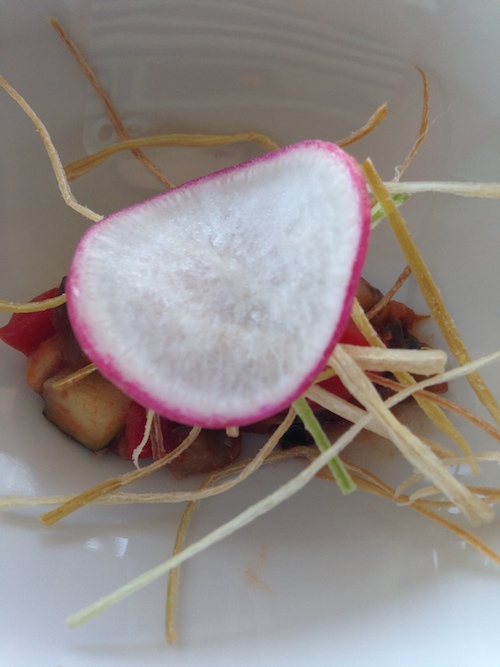 Vegetables in a pumpkin sauce with dehydrated vegetable sticks and radish. 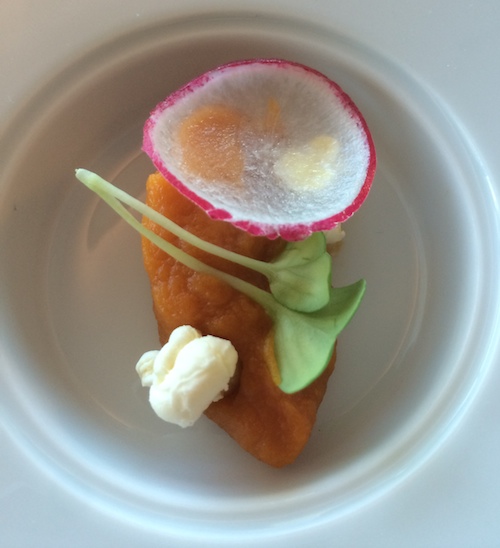 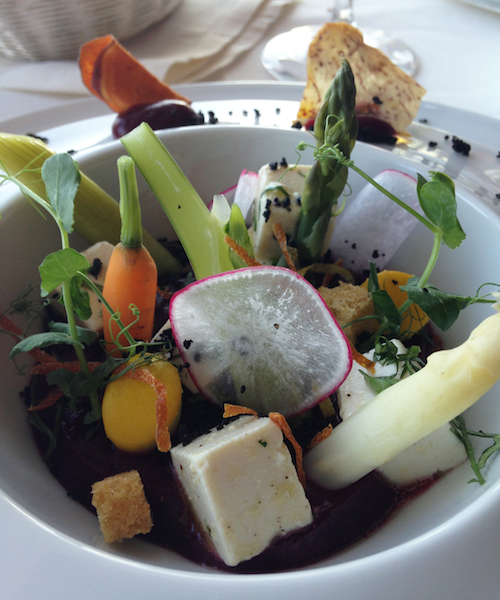 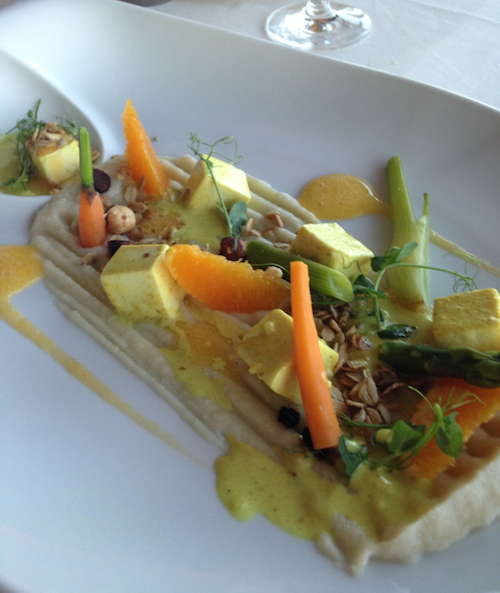 THIS WAS MY FAVORITE. Not only was it exceptional but it had all these ingredients I'd have NEVER put together and they were magical!

Mashed potatoes on the bottom, raw vegetables, tofu, oranges!! and even rolled oats! Plus fennel, microgreens, and orange marmalade. 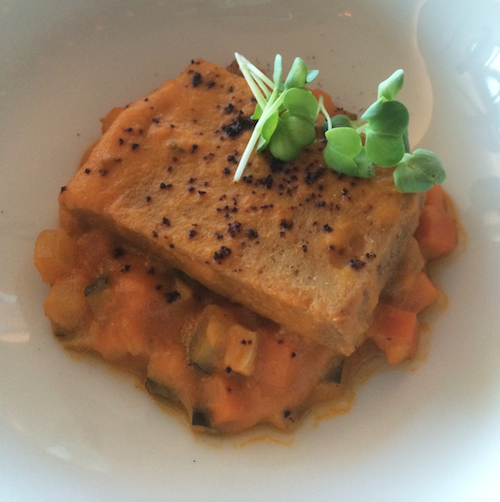 My second favorite: seitan with legumes and vegetables in a sort-of curry sauce (but not really curry. I love thick gravies!) This was Scott's favorite. 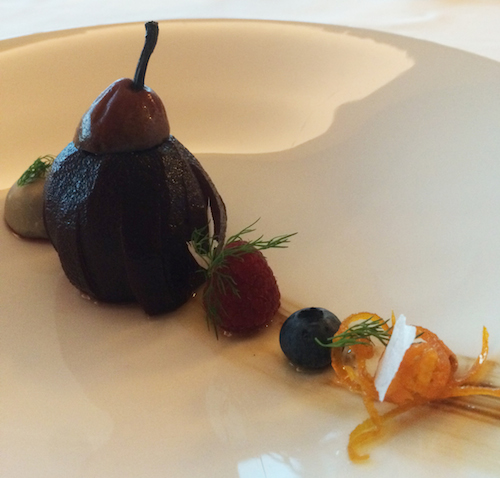 And finally, dessert -- a wine poached pear with berries, orange, and fresh fennel. Hiding behind the pear is a little chocolate he made us from pure cocoa butter.

Yeah, I kinda dug the food in Lisboa!

THEN we went on to Cascais where we stumbled on House of Wonders.

It's an all vegetarian restaurant with many vegan choices. 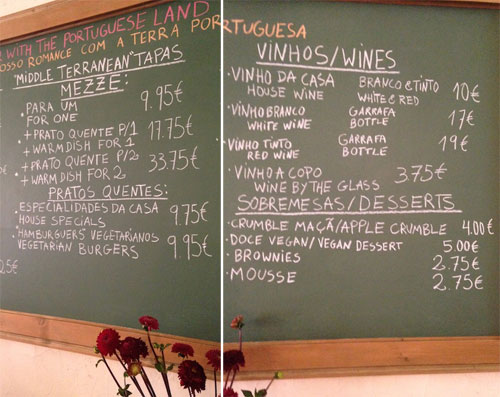 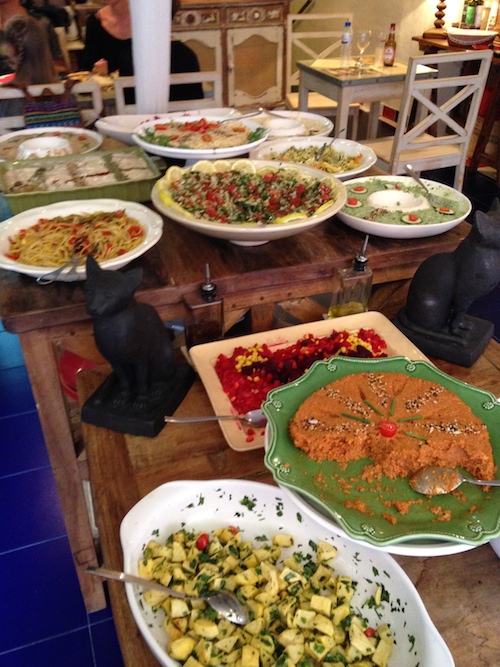 I sampled the cold buffet which had many oil-free choices. Here's my colorful plate: 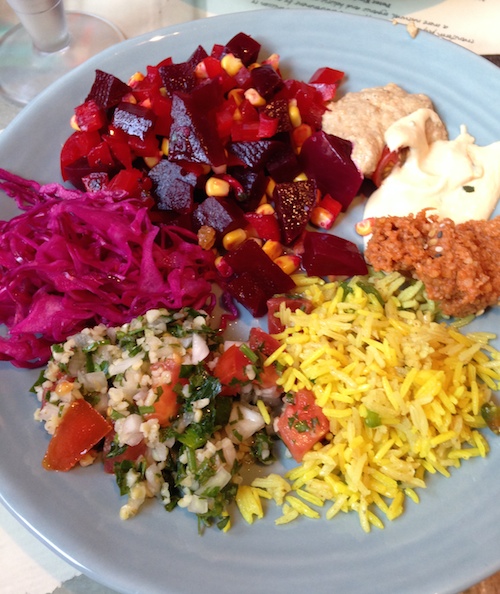