Herbie of the Week: Suzanna (From Bodybuilder to Plant-Based Tennis Champ!)

Meet our Herbie of the Week: Suzanna!

A couple months ago I received an email from Suzanna about how she went from a meat-eating Ms. Natural Olympia bodybuilder to a plant-based tennis playing champion and educator.

As soon as I read that, I just had to ask her to be part of the Herbie of the Week series!

I'll let Suzanna take it away...

I am a former Ms. Natural Olympia drug-free bodybuilding champion. Bodybuilders believe in eating a lot of meat and other animal products to develop big and strong muscles. Just like everybody else, my mantra used to be “protein, protein, protein!” And it was ALL animal protein. At least six times a day I ate chicken, meat, fish, egg whites, or whey―up to 300 grams a day! I thought this was the right and healthy way to eat. I never ate fast food, and my foods were pretty clean, with a lot of grains and vegetables on the side of that protein. At that time (this was almost 20 years ago), I didn't know anything about the dangers of animal products and dairy.

I've been an athlete since I was 11 years old. I grew up in the communist Czechoslovakia, where we were poor and ate "poor" foods such as bread, pastry, pasta, dairy, and some meat when it was available. It was difficult to buy fresh produce. When I was 20 years old I moved to Sweden, which was so much more developed, and where the industrial processing of foods just started. All the colorful packages with powdered and processed foods. Just add water and here we go, you have mashed potatoes. Add water and bake it and you have a cake. Everything had additives, chemicals, and colorings. But it was oh so cool for me! And because we were richer, we were eating so much more of meat, birds, fish and other animal products because they were easily available. 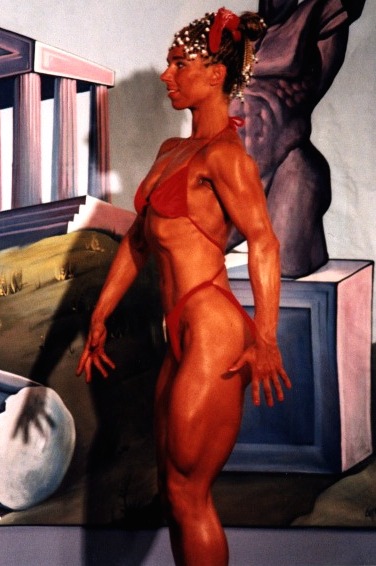 When I was 30 years old, I moved to Venice Beach, California and my bodybuilding career started. More animal products on my plate than one can even imagine. I felt strong and healthy, but I didn't really know how my body was doing on the inside, and honestly, I didn't really think about it because I thought that my outside reflects the inside too.

When I was 40, I became a competitive tennis player. I naturally progressed to eating less meat because my body was feeling better that way. I was eating more and more like a vegetarian, even though the decision was not conscious yet. Greek yogurt and kefir were meals and passions on my daily menu. I ate a few pounds of Greek yogurt and kefir daily!!! I lost some weight from playing tennis, maybe 20 lbs and I was feeling light and healthy.

As a performance coach and injury prevention specialist, my focus was mostly on the human athletic performance. But then life happened, and many of my close friends and family members started to succumb to chronic disease, cancers, heart attacks (one in the middle of a tennis match), and thought this was not right. To leave this world still so young (50-60 years old is too young to die) and I thought I have to figure out what is happening. I love to learn and research things, which I have been doing all my life. But before, I was researching "wrong" things. Now, I turned my focus more toward longevity and aging youthfully. 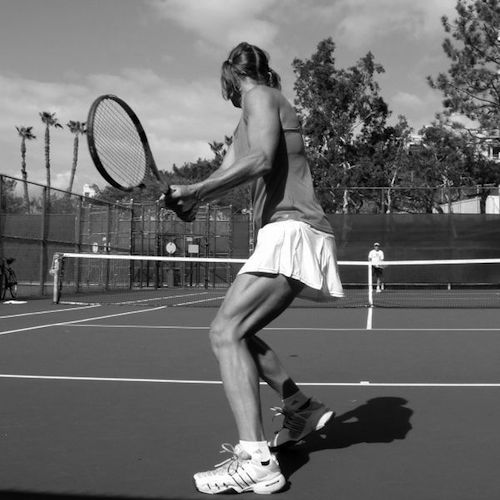 My new focus led me to the movie "Forks Over Knives" and it left tremendous impressions on me. I was so inspired and motivated by all the experts speaking in the movie. They radiated health and knowledge, and I wanted to know more. I picked up Dr. Esselstyn’s book, Prevent and Reverse Heart Disease, and read it from cover from cover. I decided to do a personal experiment: for three months, I would go on his low fat, plant-based program. I would measure my cholesterol before and after, and I would see if this program made any difference for a seemingly healthy and super fit athlete like me. My cholesterol before the experiment was 171. It was great according to the standard measures, but I was not pleased with it, because my new target was Dr. Esselstyn’s. It needed to go below 150. After my three-month experiment, it was at 147. I was truly impressed. And I remained plant-based every since.

Because I was eating less and less meat, poultry and fish before, it was pretty easy to stop eating those, but giving up the Greek yogurt was the hardest thing for me. I had such cravings, I think I was even dreaming about it!!! Eventually, I became creative and found other ways to satisfy my taste buds. I used thicker coconut milk with a tiny bit of lemon juice and it was almost like my Greek yogurt. I started to like this new thing so much, that after a couple of weeks, dairy was no problem for me at all.

I felt really great and my performance and recovery from training have improved as well. At age 50, I am more fit than ever. Since my plant-based experiment has started, I have read all the works of Dr. Campbell, McDougall, Esselstyn, Ornish, Barnard, Fuhrman, and others. I also got certified as a plant-based nutrition specialist through Dr. Campbell’s eCornell distance learning program.

When I get excited about something, I always want to share my knowledge with everybody around me. I convinced my mom, who lives 6,000 miles away in Europe, to give this plant-based lifestyle a chance. She was a good mom who listened to her daughter and she became a herbie too. She feels great and her high blood pressure went down and stabilized at normal levels. All my clients and students had to listen to my rants about the benefits of plant-based diet, and believe it or not, the majority of my students became plant-based, too! Those who are not (yet), I am still working on :-)

I must say that I feel amazing. I have a constant energy. No up-and-downs of energy after meals. I feel light in my body and in my thinking. My skin looks younger and glows. As I mentioned before, my fitness has improved, my recovery from hard training is better and my body and joints doesn't hurt as it used to. (It is hard on the joints to run on the concrete tennis court every day.)

My passion for the amazing benefits of plant-based nutrition went further. I know that I have helped many people around me to feel as great as I do, but I wanted to reach more people out there, so I started to write a book on plant-based nutrition for athletes. I am pleased to say, that The Athlete's Simple Guide to a Plant-Based Lifestyle has been published and it is already helping many athletes out there. I am getting great emails and Facebook posts from people thanking me for helping them to turn their health around as well. This is such a great feeling to hear how happy they sound!!!

I think this is an important message for us, athletes, and even non-athletes, of course. Just because we athletes look fit and healthy from outside doesn’t mean that we are healthy inside. We want to perform well now but also live healthfully for a long time. We don’t need to sacrifice our longevity for performance. I know deep inside that this is the right way to eat and live, and I want to share and help everybody who is willing to make the leap.

Thanks so much Suzanna for sharing your amazing story with us!