Herbies of the Week: Schari & Ryan (They've Lost Over 120lbs Together & Lowered Their Cholesterol!) 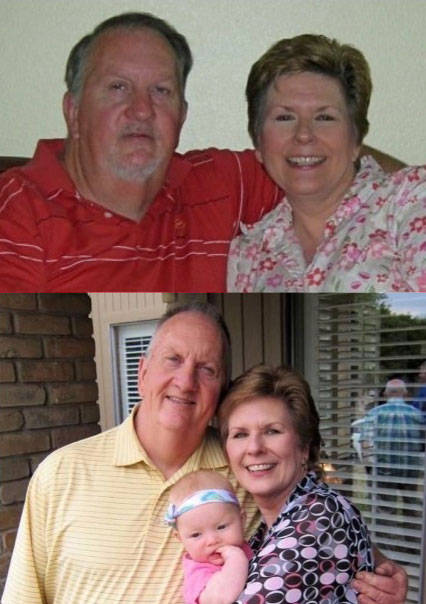 Meet our Herbies of the Week: Schari and her husband Ryan!

I was crazy impressed by her post, but there was something she didn't mention -- her results! Like her husband, Schari lost 60lbs, lowered her cholesterol and was able to reduce her blood pressure medication!

My husband, Ryan, and I have been making this life journey together for 37 years. I was 18 years old when we married and he was 22. On our wedding day, I weighed in at 135 pounds and my groom weighed a whopping 165. Over the years our little family grew to three children and four grandchildren. Unfortunately, that wasn't the only thing that was growing!

In April of 2013, I weighed 236 pounds and Ryan weighed 275 pounds. Not only were we morbidly obese, our health was deteriorating. My blood pressure was high and I took high doses of two medications to control it. Diabetes was knocking on my door with "pre-diabetic" blood sugar levels. The doctor was threatening me with statins because my total cholesterol was 246. My knees hurt all the time and my feet were killing me with plantar fasciitis. When I rose from the couch I looked like a stooped old woman, barely able to walk. Ryan still had decent blood pressure, cholesterol and blood sugar levels, but he had a fatty liver, an enlarged prostate and problematic halitosis. Neither one of us were exercising because we had no energy. It was hard to believe we had allowed ourselves to be in this condition. However, there was no mystery as to how we got there.

Our diet consisted of fast food burgers, fries and tacos several times a week. I cooked cheesy casseroles full of meat, cream and butter. We ate meat at every meal with scant vegetables. I was famous for my homemade pies full of shortening, real butter and topped with heavy whipped cream. Every single lunch or dinner was capped off with a decadent dessert. We drank sodas and snacked on chips and candy. 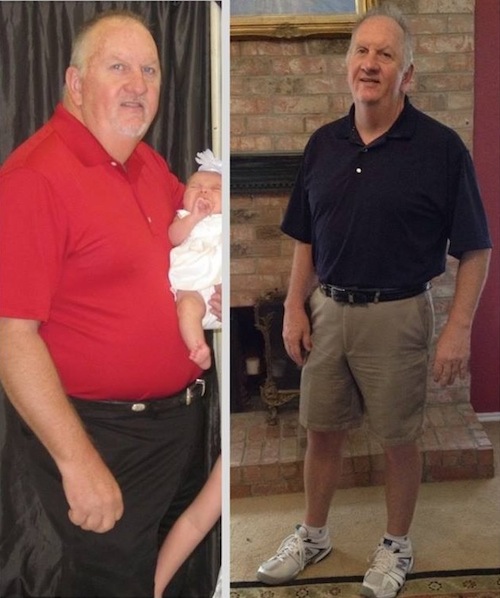 We had both lost weight before. Once I used diet pills to lose from 175 to 124, but of course, I had learned nothing about proper diet and nutrition, so it immediately hopped back on and brought friends with it! Another low fat diet helped me lose 65 pounds, but I went back to my wicked ways after a few months and the weight immediately came back. Ryan had lost weight with exercise, but got off track when he had to have brain surgery. So, I would say we had just given up.

The amount of weight we needed to lose was overwhelming and it seemed there was no hope. Until one Sunday afternoon, when we were scanning Netflix for something to watch. Don't ask me why, but the documentary, Forks Over Knives, caught our attention. As we watched it, both of us were shocked by the decreases in cholesterol, blood sugar and weight. I had no idea that cholesterol could drop so drastically in such a short time. We found the presentation very compelling. So much that we decided to start immediately!

Over the next month we phased out the meat, cheese, dairy, processed food and oils. I began to pour over the internet and YouTube for information and recipes. It was exciting to think I might come off of my blood pressure meds, lower my sugar and cholesterol. My doctor was excited too and very supportive. The weight started to drop for both of us. By June, my blood pressure had become low enough to come off my meds. Unfortunately, in October, due to some unknown cause my pressure spiked and my body did not regulate it to come back down. I ended up in the hospital with a condition called PRES (Posterior Reversible Encephalopathy Syndrome) which had caused speech slurring and blindness. I recovered quickly and had a complete reversal of all symptoms. My doctor told me I had dodged a bullet and probably would not have been so fortunate without my plant strong diet. So, back on the blood pressure meds, which was pretty disappointing for me. 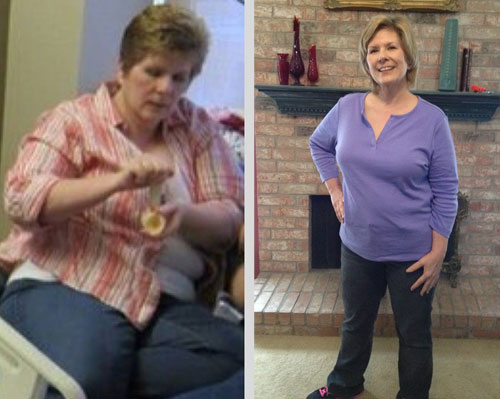 By this time though, we had come too far to turn back. We had both lost around 40 pounds and were seeing some great physical results. My skin was glowing with health and all the perpetual pesky blackheads that covered my nose were gone! Ryan's blotchy brown spots on his face improved. Our breath became sweet, my aching knees and feet felt great, our moods improved, my anxiety issues resolved and we had new energy. Ryan began to walk/run and I began to walk.

Finally, in April 2014, Ryan had his physical. He had gone from 275 to 211 pounds! His total cholesterol had dropped to 148 and his blood pressure has been running around 105/65. Not only that, but his fatty liver and enlarged prostate had reversed. All of his labs were beautiful. The doctor told him to keep up the great work.

I went for my physical at the end of May 2014. My weight had gone from 236 to 176 pounds. I also received my lab results recently. My cholesterol has gone from 246 in August of 2013 to 195. My A1C had come down from above normal at 5.7 to normal at 4.1. Additionally, my blood pressure had been running around 110/70 or lower, so the doctor cut my blood pressure medicine in half. Everything was perfectly normal and my doctor was ecstatic. She told me if she had a bulletin board for "Star Patients", my picture would be posted on it. Of course, we are not on a diet, we have adopted a lifestyle. 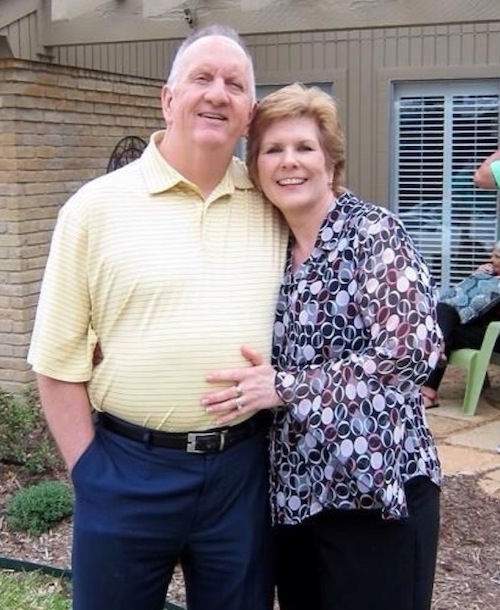 We intend to lose more weight, I want to see lower cholesterol and get completely off of my blood pressure meds. Most of this has been done without exercise, but we have begun to incorporate running and walking into our lives. I just can't tell you how empowering this lifestyle is. We no longer feel like helpless victims, waiting to be overcome with chronic, debilitating diseases. We have the power to influence our future health by simply eating a delicious, satisfying, easy diet. It has actually been a source of fun and companionship to make this life-changing journey together. We tell everyone who will listen about this pathway to health and happiness.

Thank you so much Schari & Ryan for sharing your amazing story with us!