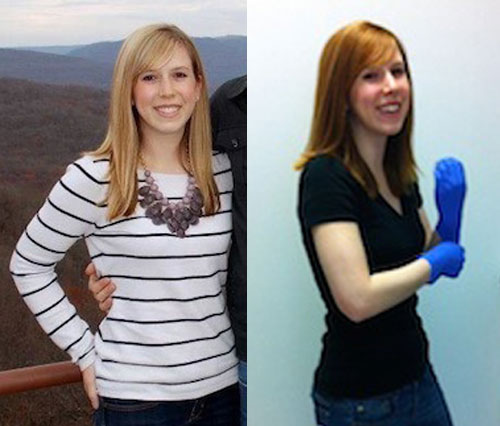 Meet our Herbie of the Week: Catherine!

A couple months ago I received an email from Catherine detailing all the health benefits she's experienced since going plant-based on January 1, 2014.

Her email was SO inspiring, which is why I asked her to be part of the Herbie of the Week series.

Here's Catherine's story in her own words...

I should have become plant-based years ago. In fact, my family genetics and life experiences should have made me a poster child for “Why vegan?” Both of my parents have family histories of high cholesterol, heart attacks, and strokes. The biggest health threat however is that EVERY woman on my mothers’s side develops Type II Diabetes and autoimmune diseases after the age of 50. (Not too long ago my grandmother’s kidneys shut down due to autoimmune complications…EEP!) Furthermore, I observed the effects of the standard American diet on the body first hand when I worked as teaching assistant in our university’s human donor lab, dissecting donors with fat-coated organs, heart stents, and tumors.

As a third year Cancer Biology PhD student, I have heard countless seminars on the mechanisms of disease. However, for over a year I followed the Happy Herbivore blog, jokingly calling myself a “closet herbie,” because, despite everything, I still ate meat and dairy. Twice before I tried adopting a plant-based diet for my health. However, that made meat and dairy a “treat” in my mind, so I failed both times. It was so hard trying to quit animal products for my health, because at 23 years old I was a healthy weight and had no physical concerns besides minor headaches that could be easily taken care of with ibuprofen. I have included a photo of my fiancé and me before I made the switch so you can see what I mean. I knew my future health would most likely not be so nice, but I just could not motivate myself into a preventative healthy lifestyle. 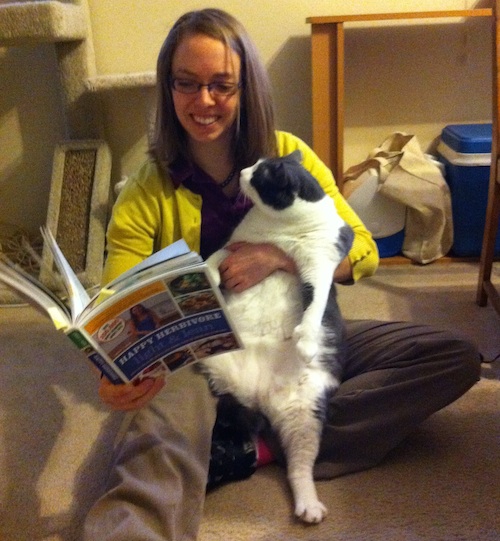 Thankfully, I finally found my motivation. This past Christmas my family and I watched the documentary Blackfish, which follows the life of Tilikum, an orca whale at Sea World involved in the death of three people. It also explains the injustices of keeping killer whales in captivity, including the fact that many of the whales are kidnapped from their mothers as young calves. I was a wreck after watching the documentary. It was the final straw for me. Unable to handle my disgust at the far-reaching human exploitation of animals, I decided this was the kick in the butt I needed to officially make the switch to a plant-based lifestyle. If I could not give up animal products for my own health, I could certainly become vegan for the animals. Around the same time, my roommate had gotten me Happy Herbivore Light & Lean as a Christmas gift. With that, my plant-strong journey began! It is amazing what a difference in perspective can make. Now I think of becoming plant-based as a way to be a spokesperson for our animal friends instead of a sacrifice.

I became a plant-proud vegan with the expectation that I would not directly benefit from the lifestyle change until I was old, if even then. I never expected to have any of the health improvements I read about from other herbies. Turns out, I was wrong. What a pleasant surprise! Here are some of the health benefits I have experienced since going plant-based:

Weight loss. Like I said earlier, before going plant-based I was a healthy weight. However, between New Year’s and now I have lost 7lbs but still feel very strong. This is one of my favorite things about a whole foods, plant-based diet. If you are eating correctly, you will be whatever weight your body is supposed to be! Well that’s one less thing to worry about!

No more headaches. I used to get minor headaches every couple weeks. During my time of the month, I used to automatically take 3 ibuprofen pills in the morning or else I would have a throbbing headache by late afternoon. It has been almost three months now and I have not had a single headache! 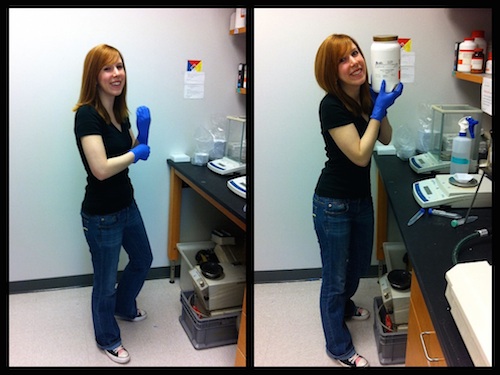 Thicker and shiner hair. I’ll be honest. I never really believed that diet could change your hair so dramatically and so quickly. However, my hair has gotten so much fuller since going plant based. I thought maybe I was imagining it, but this past weekend my hairdresser commented on how much thicker my hair is.

Mood elevation. This is my favorite health benefit I have experienced, though it is the one I least expected. I have always been a very anxious person. For years, everything scared me, from driving on unfamiliar highways to sending emails to superiors. Also, when I failed at something or was stressed, I did not handle it well. For example, during my first year of graduate school, if my experiments weren’t working I would break down in tears and feel like a failure with no hope of a future career. My mom recommended multiple times that I go talk with a counselor, but I truly felt these were all normal feelings for a highly motivated and cautious, type A individual. However, a more recent experience suggested that I was also exhibiting depressive tendencies in response to stress.

My fiancé is a post-doctoral fellow in California (I live in Ohio). When he first left nine months ago, I felt the normal and expected sadness. It was hard, but my fiancé is amazing and worth it (I love you, Joshua!). However, as time went on it became harder and harder to handle the combined stress of my thesis work and a long-distance relationship. Eventually, it became nearly impossible to get out of bed and daily life felt like a battle. I just wanted to sleep all day and my body ached. I tried to snap out of it, but it felt like my brain was not functioning properly. Shortly after going plant-based I began to notice changes in the way my body coped with stress. Everyday activities were not as hard because I was thinking much more clearly. I never realized I had a “brain fog” until it was gone! 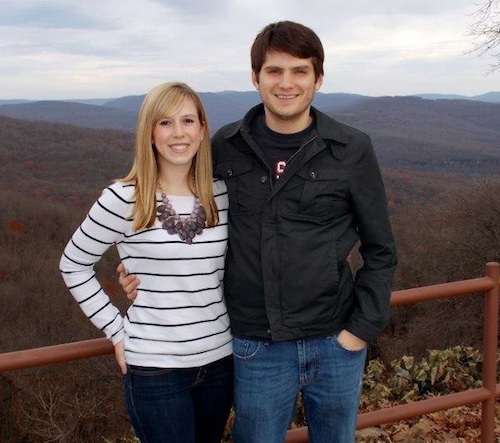 My fiancé and I (before going plant-based).

My experiments still go through the normal successes and failures, but I am now able to better troubleshoot them because instead of instantly feeling despair, my mind remains focused and I am able to think logically about how to improve my experimental design. I still miss my fiancé obviously, but I am more emotionally strong than I have ever been. I firmly believe that, for me, eating meat and dairy caused a physiological imbalance that was exacerbated during times of stress, making me vulnerable to anxiety. I am so grateful to have discovered this connection!

I have been so lucky that my family and friends have supported my decision 100%, even if they themselves do not have any desire to change their lifestyle. My fiancé is mostly plant-based and has the same feelings I do about animal rights. We have been having fun trying new recipes, and it has given us something to talk about and connect through while we are living apart. Having a strong support system has been such a blessing during the transition. 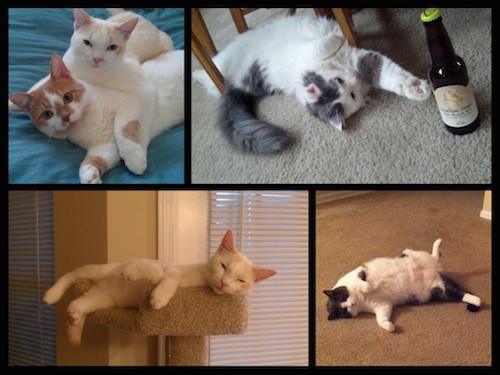 My motivations for staying plant-based.

This experience has also taught me how to confidently stand up for my beliefs. It has been so great to be able to share my experience with those around me and have an open dialog about how to better the world. Thankfully, adopting a plant-based lifestyle this time has been free from the struggles of craving food made from animal products. I did go through a weeklong dairy withdrawal, but it was so worth it! Now, anything will dairy milk or cheese looks so unappetizing. When I see dairy, all I think about is a story my veterinarian friend told me about the time she had to abort a bull calf on a dairy farm during vet school. She said it was the worst thing she has ever seen or done as a vet. I read a quote shortly after going plant-based that said, “The difference between people who state that veganism is easy, and those who say veganism is hard, is those who say it’s easy are focused on the victims, while those who say it’s hard are focusing on themselves.”

Everyone has different motivations for going plant-based. If yours is your health, rock on! For me, this quote exemplifies the problems I had the other times I tried to go vegan. I could not do it for myself. I had to do it for the animals, the planet, and the humans that are starving around the world from lack of resources that are instead used to raise animals for the meat and dairy industries. To any other “closet herbies” that might be reading this: find your motivation. You will be shocked at how much better you will feel, both physically and emotionally!

Thank you so much for sharing your story with us, Catherine! Keep up the good work!